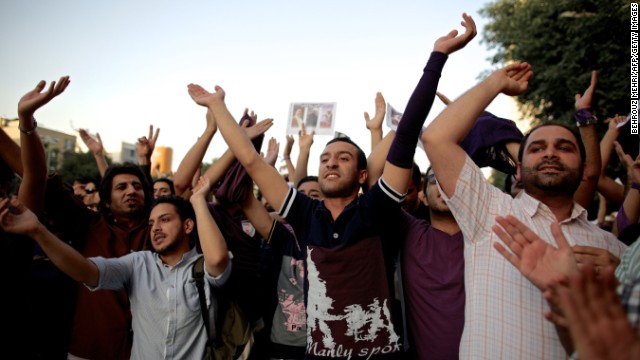 How the West gets Iran wrong

By Akbar Ganji, Special to CNN

Editor's note: Akbar Ganji is an Iranian journalist and dissident and was imprisoned in Tehran from 2000 to 2006. The views expressed are his own.

Much has been said and written about liberalism, economics and even feminism in Iran. Yet despite much lamenting among outsiders determined to paint a grim picture of Iran by focusing on the supposed stifling of political thought and discussion in the country, the reality is in many respects quite different.

So what has really been going on?

The dominant discourse in Iran before the Islamic Revolution was focused around developing world leftist ideology. Marxism was seen as progressive, with the examples of Lenin, Mao and Che Guevara preferred over the social democracy of some European nations. Indeed, those who did not buy into this view – particularly those close to the regime of Shah Mohammad Reza Pahlavi – were not considered true intellectuals.

In an effort to fully control the country after the revolution toppled the Shah's regime in 1979, Iran's ruling religious forces nationalized the country's resources and institutions, with intellectuals like Ayatollah Morteza Motahhari declaring that the "spirit and foundations of the universal declaration of human rights are supported by Islam."

Yet anyone believing that Khamenei's views have in turn resulted in a top-down squashing of political discussion – even of imported ideas – would be mistaken.

True, the authoritarian rule of Iran's Supreme Leader rejects liberal democracy and feminism. And books that are published in Iran are subject to censorship and must receive a permit for publication from Iran's Ministry of Culture and Islamic Guidance. On top of this, publishers receive subsidies from the government, making it difficult for them to survive without government help.

But none of this has prevented some of the most important books on liberalism and feminism from being translated and published over the more than three decades since the revolution (although the government does oppose the Bahá'í Faith religious minority in Iran, and does not allow the publication of books and thoughts of its adherents). Indeed, the restrictions have not prevented some of the most influential works of Western thought, from John Locke's Two Treatises of Government to John Stuart Mill's On Liberty to more recent tomes such as Friedrich Hayek's The Road to Serfdom and Milton Friedman's Capitalism and Freedom from being published.

Meanwhile, although the ayatollahs are fiercely opposed to feminism, consider their own views on women and their rights to be fair and just, and claim that unlike the West, Islam is opposed to using woman as an object for advancing one's own agenda, an astonishing number of books on feminism have been translated into Farsi and published in Iran, from Simone de Beauvoir's The Second Sex to Eliz Sanasarian's The Women's Right Movement in Iran.

But Iranians' growing access to a range of views is also evident in the sheer numbers of books published or translated since the revolution. In 1976 and 1977, just prior to the revolution, around 900 new books were published in the country. This dipped to just 274 books in 1978. But fast forward to 2010 and around 65,000 new books were published, according to Iran’s parliament library, a number that climbed to some 68,000 in 2011, of which around 14,000 were translations of foreign books.

Indeed, the reality is that hundreds of books have been published in Farsi discussing freedom, democracy, and respect for human rights – on topics ranging from the separation of church and state to the importance of distinguishing the public from the private domain. Such breadth and depth, coupled with the expansion of university-level education, offer an image of Iran as a genuinely dynamic society.

This dynamism has gained momentum with the expansion of the country's urban middle class – in 1978, just 47 percent of the population lived in urban areas, compared with about 70 percent today. In addition, the literacy rate has soared from less than 50 percent in 1978 to around 85 percent today, even as the population has more than doubled. And while women represented less than one-third of the country's college students in 1978, they now make up some 60 percent of students studying at Iran's colleges.

The expansion of university education has bolstered scientific research in the country – in 2013 the Institute for Scientific Information (ISI) counted 32,600 scientific articles published by Iranian scientists in ISI-recognized, peer-reviewed journals, placing Iran first in this category in the entire Middle East. In March 2011, the New Scientist declared that Iran has seen the highest rate of "scientific growth" in the world.

It is not just in the sciences that Iran has made strides – the U.N. has indicated that, whereas in 1980, Iran was performing below the worldwide average in terms of human development, it is now considered to have high human development – a shift no doubt helped by the healthy 3 percent annual average economic growth from 1979-2012, despite a long and costly war with neighboring Iraq.

All this suggests that the foundations for democracy to grow and even thrive on the back of an increasingly well educated, more urbanized middle class are in place.

None of this is to suggest that Iran under Khamenei is a democratic state – he is an authoritarian leader that has blocked the democratization of Iran. And not only is he determined to stifle the democratic movement, but he also has the power and the tools to do so. And yet, despite this, certain social developments are beyond his control, in part because his power is not absolute, and also because of the strides that Iranian civil society has made in recent years.

Of course, the balance of power between Iran's civil society and the government still favors the latter, and there is an ongoing tension between the two as the country tries to find the balance between the will of the people and a regime that wants to control everything. But ultimately, there is nothing intrinsic to Iranian society that can prevent it from eventually achieving democracy.