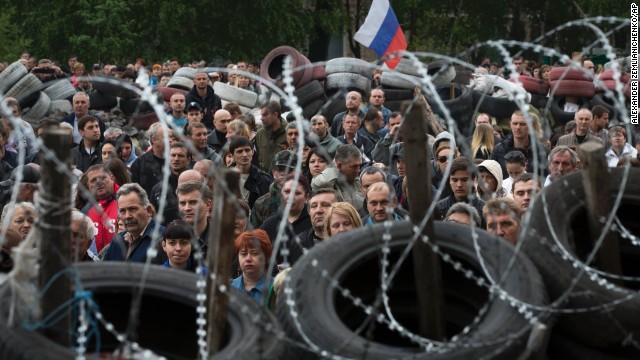 What Reagan can teach us about Ukraine

By Rudy deLeon and Aarthi Gunasekaran, Special to CNN

At the peak of the Cold War, a Soviet military fighter shot down a civilian airliner and all 269 passengers on board were killed, including a U.S. congressman and 61 other Americans. The world waited for a response from the United States.

But President Ronald Reagan didn't offer much beyond strong rhetoric and careful words, only condemnation without a serious call for action. He urged the international community to deal with the Soviets in a calm manner; labeled the Soviets as "savagery," "murderous," "monstrous," and united the European allies against a Soviet system nearing its end.

"We didn't elect a dictionary. We elected a president and it's time for him to act," is said to have sounded conservative columnist George Will. Reagan was the commander-in-chief at the time, and a conservative stalwart who today's hardliners believe would have never allowed such aggression go without response.

The victims' families grieved and American political conservatives charged that Reagan was overrun by faintheartedness. Throughout this period, House Speaker Tip O'Neill backed President Reagan, declaring that the situation should be handled with "patriotism over partisanship."

Thirty years later, there is a new crisis with Russia, this time in Ukraine as President Vladimir Putin pursues a strategy of chaos.

President Obama should continue to follow Reagan's example as he deals with this crisis – even as the Sunday talk shows criticize him and political participants across a wide ideological spectrum fill the media echo chamber with censures and praise, but few squeaks of solution or policy.

The United States is entering a gray zone on how to defend American national security interests and how to maintain the U.S. foreign policy elite. What we must understand that this is not a new phenomenon, but a truth that past presidents have skillfully addressed.

The divisive partisanship at home and in Congress makes it harder for America to move swiftly and jointly with a common purpose. A recent Pew Research poll showed 52 percent of Americans believe that the United States should "mind its own business internationally," yet 56 percent say the United States should remain the only military superpower. President Reagan mastered how to deliver to these two seemingly paradoxical sentiments, while at the same time maintaining an image as the president who would hold strong when American interests or reputation came under fire.

Amid these trends, President Obama has moved prudently to bring the U.S. troops home from Iraq and Afghanistan, to restore economic confidence after the Wall Street meltdown, and to restore America as the integral global stakeholder. In fact, President Obama's response to the crisis of Ukraine is much like President Reagan's response in the fall of 1983: build an international coalition, use the right economic tools, and stay on track for the long-term.

Today, conservatives see "Reaganism" in foreign policy as placing no boundaries on American military strength; indeed, they see a foreign policy rooted in American exceptionalism. But Reagan finely balanced how to lead a strong and confident nation. He handled his toughest days with condemnation and pragmatism while recognizing that holding the advantage on the political, economic, and diplomatic side meant that strong military capabilities were the last resort. That was then – and is now – a sign of strength.

President Obama has chosen similar approaches to the Crimea and Ukraine crisis, offering an updated version of "peace through strength," the hallmark phrase and policy of the successful Reagan strategy. He has rallied our European allies to press economic sanctions against Russia, used the expanded NATO to support alliance solidarity and capabilities, and offered economic assistance to the government in Kiev. These sanctions can put significant pressure on the Russian economy and government. The West can deter and negotiate, and it can create an atmosphere under which the Russian government is forced to choose between economic growth and geographic aggression.

President Reagan's handling of the Korean Airlines destruction offers further guidance on what President Obama can do when tested on critical security issues. As critics rail against Obama's caution and unwillingness to exercise American power, they should remember that Reagan was the master of talking big, and knew how to play a shrewd hand during times of crisis. Too much focus on politically motivated criticism can leave policy rudderless and reactive to events.

The opinion echo chamber is even louder and more distracting now than it was during previous administrations. But in a world where perfect answers and policy are not always available, Obama should continue President Reagan's example: choose his words wisely, stay firm, and spend his time strategizing on a long term course for countering Russian aggression. That is time well-spent.

Next entry »Kristof: There's a misperception the great divide is between different faiths
« Previous entryWhat I'm reading: Could al-Assad win an election?