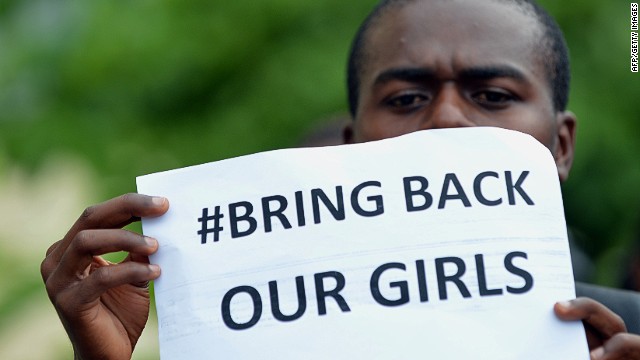 By Janet Fleischman, Special to CNN

Editor’s note: Janet Fleischman is a senior associate at the CSIS Global Health Policy Center. You can follow them @CSIS. The views expressed are her own.

The international outrage over Boko Haram’s abduction of schoolgirls in Nigeria has grown since the story first hit the news; mothers in Nigeria took action and celebrities from Angelina Jolie to First Lady Michelle Obama have made their voices heard on the issue. With mainstream attention finally focused on why the education, health, and empowerment of women and girls matters to Americans, it is time for the Obama administration to reinforce its commitment to these issues and elevate them as central to U.S. foreign policy.

President Obama’s first term got off to a promising start for global women’s issues.  Within months of taking office, the administration launched unprecedented initiatives focused on women, girls, and gender equality.  This was reflected in important and concrete ways: policies designed to prevent gender-based violence were promulgated across U.S. government agencies; U.S. development projects were required to undertake gender analyses as part of the initial program design; and women’s engagement and protection during crisis situations were made part of peace and security deliberations.

These actions were based on a growing body of evidence demonstrating that investments focused on women and girls – maternal health services, voluntary family planning, access to HIV services, education for girls, economic empowerment, preventing and responding to gender-based violence – not only are critical to improving health outcomes, but also produce substantial positive returns in poverty reduction, development, and economic growth. That is why, even in a difficult budgetary environment, as former Secretary of State Hillary Clinton has often said: “Investing in women and girls is not only the right thing to do – it’s the smart thing to do.”

Yet the administration’s early momentum has begun to slow. Clinton’s departure from the State Department meant that the personal passion she brought to issues related to women and girls was no longer present in Obama’s second term.  Added to this was the challenge of implementation – it was always going to be difficult to move these bold ideas into practice – and without a champion to push for progress, it is even harder. The polarized political climate in Washington made bipartisan consensus increasingly elusive and undermined the administration’s enthusiasm to push this agenda. Meanwhile, foreign crises in Syria and Ukraine, as well as in the Central African Republic and South Sudan, sapped the administration’s focus from its earlier principles and goals for women and girls.

The tragedy of the Nigerian schoolgirls should bring us back to first principles. Promoting gender equality and advancing the status of all women and girls around the world remains one of the greatest unmet challenges of our time – one that is vital to achieving our overall foreign policy objectives.  These are the president’s own words, from the January 2013 Presidential Memorandum on Promoting Gender Equality and Empowering Women and Girls Globally.

The current tragedy in Nigeria is only one example of why these issues matter to the United States.  Around the world there are countless examples of how abuses of women’s and girls’ health and empowerment directly affect U.S. economic, security, and humanitarian interests. Let’s not forget the Taliban’s attacks in Pakistan and Afghanistan designed to instill fear and prevent girls from pursuing an education. Such acts serve to destabilize the region. Or the violence against women and girls in South Africa that increases their risk of HIV/AIDS, weakening one of the United States' most important partners in Africa and undermining the huge U.S. investments in AIDS programs. Or the abuses against women and girls in Syria that contribute to the flood of refugees into neighboring countries.

To achieve successful outcomes in global health, economic development, and international security, the administration and Congress should take strong and concerted action on global women’s issues, building on the enabling policy environment from the first term. Such action requires creating and sustaining high-level and bipartisan U.S. leadership on women’s global health and gender equality; translating U.S. policies on global women’s issues into program implementation with adequate funding; and elevating a focus on women and girls in all U.S. health, development, and security programs. That means using all opportunities – including putting women and girls on the agenda of the upcoming African Leaders Summit at the White House in early August – to make the critically important issues of women’s and girls’ health and empowerment a political priority.

#BringBackOurGirls is first and foremost about the horrendous abduction of Nigerian schoolgirls.  But the international outrage that it has sparked reflects a broader and longer term imperative for the United States. In the words of First Lady Michelle Obama, "What happened in Nigeria was not an isolated incident. It's a story we see every day as girls around the world risk their lives to pursue their ambitions.”