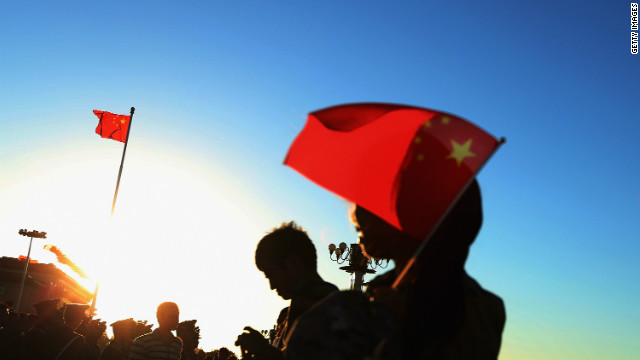 CNN’s Beijing bureau chief and correspondent, Jaime A. FlorCruz, responds to readers’ questions about recent tensions in the South China Sea, China’s relations with its neighbors and what may be behind recent disputes.

What is the dispute between China and Vietnam over the Paracel Islands about? Is it just about resource claims?

It is about resources. Much of the disputed area is believed to be potentially rich in oil and other natural resources. But it’s more than just a fight over resources – it’s the latest episode of a long-running saga of conflicting territorial claims of the South China Sea. China this time is acting aggressively to assert its claim to most of the oil-rich sea while its neighbors with conflicting territorial claims are angrily pushing back.

It’s also about China’s perception that Asian claimants like Vietnam are nibbling away at islands that China claims is its “indisputable sovereign territories”, as Chinese officials say. China insists it is simply defending its territory, sovereignty and security. It denies that it will impede freedom of navigation, an overriding concern of the U.S. and other third party stakeholders.

It’s a proxy fight, and extension of U.S.-China rivalry, taking place while the United States “rebalances” its defense and foreign policy toward Asia. China thinks some of these claimants, like Vietnam and the Philippines, are colluding with the United States, and are ganging up against China.

The U.S. and China find themselves on the opposite side of the existing political world order. The United States is the established power, the sole superpower, although its ability to enforce its will has been eroded lately. China on the other hand is a rising power – it’s gaining confidence as its economy and military might grow.

The conventional view is established powers, in this case the U.S., seek to retain the status quo and view the emerging powers as potential threats. Rising powers, like China, seek to change the status quo and fear the established power will try to contain its rise. This is the geopolitical context of the ongoing confrontation in the South China Sea.

How has the current unrest in Vietnam – and demonstrations aimed at Chinese – been viewed in mainland China?

The Chinese government, as well as public opinion, have reacted strongly to the anti-China riots and looting. China has suspended some of its plans for bilateral exchanges and has warned its citizens against traveling to Vietnam. Many travel agencies have suspended tours, with offers of refunds.

China has ominously warned of unspecified further punishment, although experts I interviewed think it hints more of retaliation using China’s economic leverage rather than military might.

Chinese reaction in the social media has been strong too. Angry bloggers denounced the outbreak of violence, citing memories of anti-Chinese backlash with racial undertones. “Vietnam is doing this because China did not react when similar anti-Chinese riots occurred in Indonesia,” one blogger wrote on Weibo, China’s Twitter-like social media platform.  This is the worst breakdown in Sino-Vietnam relations since the two neighbors fought a brief border war in 1979.

Ironically, China was one of Vietnam’s major allies against the United States during the Vietnam War. In the 1960’s through the early 70s, the two neighbors spoke of fraternal friendship sealed by the communist icons Mao Zedong and Ho Chi Minh. The communist parties of China and Vietnam still have party-to-party ties, but observers say there is now a big “trust deficit” between the two nominally communist nations.

How confident are you that China and Vietnam will be able to resolve their territorial dispute?

There’s little reason to be optimistic that their territorial dispute can be resolved any time soon.

I don’t see Beijing backing down on this, because to them it’s a matter of principle and a matter of “face”. As one retired Chinese diplomat puts it, “we cannot afford to lose one inch of territory that our ancestors bequeathed us.” I cannot imagine Vietnam caving in, either, for the same reason.

China says it is willing to follow the principle of “setting aside disputes and pursuing joint development” on disputed sea territories that belongs to China, which the late leader Deng Xiaoping proposed years ago. However, it’s highly unlikely that China will give up its historic claims without major quid pro quo.

In the long run, these territorial disputes can only be resolved if and when pragmatism – economic concerns, people’s wellbeing, quest for lasting peace – trumps narrow nationalism and jingoism.

Is there any scope for an outside power to help mediate?

I’m hard pressed to find one.

The United States is out of the question because it is a major stakeholder, and an ally of at least two claimants, the Philippines and Vietnam. China will not find the U.S. a neutral and fair mediator.

The Association of East Asia Nations (ASEAN) is a potential institution to mediate, but three of its members are themselves in disputes with China (and each other) over South China Sea territories, so there are limits to what they can do. ASEAN seeks to stay neutral in the U.S.-China rivalry, but these territorial disputes are putting ASEAN’s unity to severe test.

The United Nations, through its Secretary General Ban Ki Moon, doesn’t look like a credible institution to mediate. It has lost its power and credibility. Besides, China is a powerful member of its Security Council but the other claimants are not.

There is the UN Convention on the Law of the Sea (UNCLOS), with its dispute resolution provisions and the International Tribunal for the Law of the Sea (ITLOS), but its effectiveness is trumped by China’s unwillingness to submit to such arbitration, as is the case in the Philippines case in ITLOS against China. It is also hampered by the fact that the U.S. has yet to ratify the UNCLOS treaty,

China has territorial disputes with numerous neighbors – Vietnam, the Philippines, Japan, India and Malaysia, among others. How concerned do you think the Chinese leadership is to balancing all of these disputes?

Beijing’s leadership is concerned about what some describe as a deteriorating security environment surrounding China. Analysts tell me that there are internal debates going on how to respond and handle the situation. The latest move of planting an oil rig near Vietnam, one tells me, may be a reflection of the hardliner faction’s position – to put down Vietnam’s feistiness and call America’s bluff no matter the consequences may be.

But others say this puts China in a quandary, because its efforts to assert its maritime claims undermines its charm offensive and all its efforts to project China’s soft power and make friends overseas. Some experts have also warned that China could get bogged down in the South China Sea imbroglio that will divert and wasted China’s economic resources, political capital and public support at home and overseas.

Much of the tension in the South China Sea appears to revolve around China’s so-called nine-dash line. Has this been misunderstood, or do you get the sense that China is serious about exercising its claim to these large area?

China is dead serious about the nine-dash line, just as it’s serious about asserting its territorial claims in South China Sea and the East China Sea, where it’s locked in a dangerous confrontation with Japan. There is popular support for this hard line in China. But in the long run, reason and pragmatism should prevail, if China seriously wishes to project an image of a benign and constructive rising power. Until then, the drama in the South China Sea will drag on, possibly punctuated by the kind of violent episodes that we witnessed a few days ago.