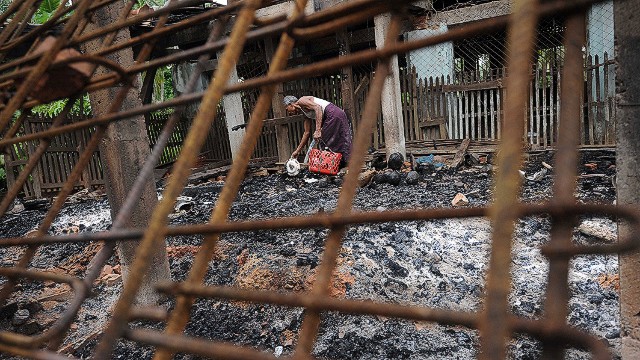 Is Myanmar progress set to unravel?

Editor’s note: Maha Hosain Aziz is a professor of politics (adjunct) at NYU's Graduate School of Arts and Sciences and a senior analyst at geopolitical consultancy Wikistrat. The views expressed are her own. She recently authored the Wikistrat-crowdsourced report on Myanmar’s political risk and futures.

News earlier this month that the White House had decided to extend some economic sanctions against Myanmar may have taken some by surprise. After all, the country is broadly seen as having taken significant political and economic strides after being ruled for decades by a draconian military junta, not least in the freeing of hundreds of political prisoners.

The reforms, which President Barack Obama suggested marked “a new direction” for the country, have prompted foreign investors to flock to the country, for everything from marine tourism, onshore reserves, offshore oil, mineral extraction to the fastest market for new and used cars. In addition, more than 5 million foreign tourists are expected in the country in 2015, and the country also received $4.1 billion foreign investment in the fiscal year 2013-14, up from $1.4 billion in 2012-13 (mostly from China, Thailand and Hong Kong).

Meanwhile, the military’s historical control over the economy is also “significantly weakening” due to reforms, according to a recent report from the International Crisis Group. The report notes, for example, that the military’s holding company, Union of Myanmar Economic Holdings Limited, no longer receives tax free status and is being pushed out of key sectors it previously monopolized, such as edible oil imports.

Yet while all this is commendable, there are significant hurdles for Myanmar to clear if it is to have any chance of meeting the lofty expectations its early reforms have created.

For a start, corruption is still a significant problem, one that threatens to undermine faith and investment in investment in the country. Myanmar ranked 157 out of 177 countries in Transparency International’s Corruption Perceptions Index, while a U.N.-led survey this month noted that corruption is a “very severe obstacle” for local businesses.

Another potential barrier to progress is a lack of education and skills in a country that one survey last year suggested had an unemployment rate of close to 40 percent. This has no doubt contributed to high levels of poverty – some 20 million people out of a population of 53 million are said to live in poverty. Such numbers are likely to fuel resentment among locals toward outside investors keen to develop land. In fact, activists and farmers have already engaged in protests over “land grabs” by investors.

And while discontent is of general concern, there is particular risk of unrest among minority groups who may find it difficult to take advantage of growing opportunities from outside investors. The stateless Rohingya Muslim minority, which has already suffered discrimination at the hands of the government, seems particularly likely to face increased alienation from mainstream Burmese society. Other ethnic conflicts might also flare up again if local leaders’ demands that they have more autonomy over natural resources are not met.

But it is the lack of political progress that might trump even bread and butter issues like recurring food and water shortages as barriers to continued progress.

True, President Thein Sein has pledged the 2015 election will be “fair and transparent.” Yet already, restrictions have been announced. The head of the National Election Commission, for example, recently said that campaign methods such as large rallies, used to great effect by the main opposition party in the 2012 by-election, would not be permitted moving forward. In addition, election commission chief Tin Aye has reportedly told political parties that politicians will only be given permission to campaign in their own constituencies, a move that will hamper politicians with national appeal, such as democracy icon Aung San Suu Kyi and her party, the National League for Democracy.

A greater barrier to Aung San’s influence, though, may be Article 59 of the constitution, which states that anyone whose spouse or children are citizens outside of Myanmar cannot become president or vice president. Aung San was married to a British scholar and her two sons are foreign citizens, effectively disqualifying her from any senior role in the next government.

Meanwhile, as Aung San noted recently, the constitution guarantees 25 percent of seats go to the military in both houses of parliament. In addition, press freedom reforms seem to have been abandoned, as some journalists have been jailed. This has prompted some newspapers and journals to black out their front pages in protest.

Constitutional amendments require the approval of more than 75 percent of lawmakers, followed by more than 50 percent approval in a nationwide referendum. And while the NLD and the 88 Generation Students Group have announced nationwide rallies and a petition drive in an effort to generate popular support, including from ethnic groups, for constitutional reform, the immediate prospects for change look dim.

All this means that despite some encouraging progress over the past few years, ethnic unrest, widespread poverty and a failure to follow through on the spirit of promised political reform mean Myanmar is still a potential time bomb. And while investors might see an opportunity to make some money in a new Southeast Asian market, if disappointment with the pace of change sets in, a destabilized Myanmar might start to look like a much less exciting opportunity than it did just a year or two ago.