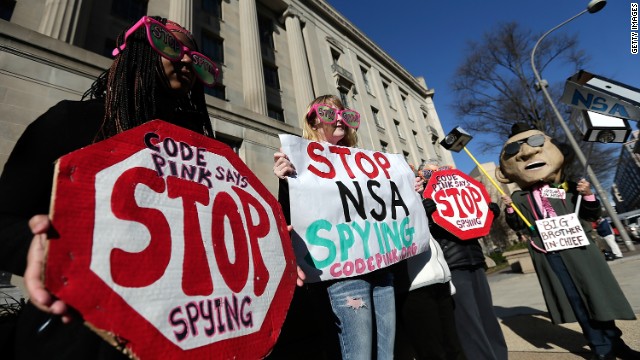 An interview with David Ignatius

GPS Digital Producer Jason Miks speaks with David Ignatius, Washington Post columnist and author of the new novel The Director, about U.S. foreign policy and the future of surveillance. Watch Ignatius on “Fareed Zakaria GPS,” this Sunday at 10 a.m. and 1 p.m. ET on CNN.

President Obama delivered a big foreign policy address at West Point on Wednesday. Was there anything in it that surprised you?

There were two things that struck me. The first was a troubling question – whether the president has learned the lessons of his presidency. He announced the day before, and underlined at West Point, that he plans to take our combat troops in Afghanistan down to zero by the end of 2016. And I found myself thinking: here we are, contemplating having to go back into Iraq to deal with a resurgent al Qaeda that is back in Fallujah, the town from which it was expelled by U.S. troops. Here we are, dealing with an al Qaeda that has created a dangerous safe haven in Syria after the president two years ago rejected the idea from his advisers for  a robust training assistance program. Has he really gotten the lesson of those two, which is that you only create longer term trouble for yourself by avoiding making commitments when the problem is fairly new?

And I found myself wondering whether any of the graduating cadets, below the president when he spoke, were thinking, as he talked so proudly about bringing everyone home – “We’ll be on a plane flying into Afghanistan in 2017, 2018 – sometime when things have gotten ragged again, and we’re needed to put out the fire.”

To me, he seemed to be making the same mistakes as when he announced his surge of 30,000 troops in Afghanistan in December 2009. He announced they would be leaving 18 months hence regardless. In other words, he didn’t make the start of withdrawal conditions-based, he made it time-based. And he’s done that same thing again with the 2016 decision. I don’t get that.

On the positive side, I thought the president gave a good account of what he’s trying to do broadly in foreign policy. And I agreed with a lot of what he said. He said American power is rooted in its alliances and partnerships that are strong – not when we are acting in isolation the world, but when we are acting with others.

I thought the president gave an excellent account of how his policy in Ukraine – where we really don’t have military options – had produced a pretty good outcome. And he has done it by working with our allies, mobilizing opinion against Russia, and by applying limited sanctions with the threat of additional sanctions to come. On Ukraine, the president deserves to declare at least an initial victory, and he kind of did.

I also heard a potentially innovative, policy for the next phase of dealing with al Qaeda. We have been fighting this enemy for a dozen years, at great cost to our country and great cost to our values. At West Point, the president was talking about how we are going to wage this battle in the future, in a way that doesn’t hurt the country as much.

He has talked in other speeches of a sustainable counter-terrorism policy, such as surveillance and interrogation. But his focus here was on how we provide security assistance to our partners. This really is the name of the game in Syria: It means helping the moderate Syrian opposition, it means helping the neighbors in Jordan and Turkey. Maybe it means helping our partners in Iraq, a country that seems to be going to the dogs. I thought the $5 billion counter-terrorism support fund was a good idea.

Behind that strategy is another one, which is to start removing the CIA from the killing business, the paramilitary business, and move it back more towards intelligence gathering. Instead of CIA paramilitary covert-action trainers, why not use military special operations forces? They certainly know how to train people – I’ve seen them in remote places, their beards as ragged and rough as the Afghan tribesmen they are with. Maybe they should train the Syrian opposition, on a Title 10 overtly military basis, rather than a Title 50 secret, covert basis.

So I thought those were the key points of the West Point speech, and unlike some of my colleagues, I thought it was a pretty good speech, with the reservations I noted.

You mentioned there the damage to American values of the war on terror. How can America recover, and how hard is that going to be when Washington appears so divided?

President Obama has been trying this repair effort, but he has been encountering resistance at every turn. In such a partisan environment, it’s very hard for a doctor to heal the wounds when the nurses and scrub assistants are throwing sponges at you! So I think it will be difficult for Obama.

Surveillance is an example. Because of the unexpected intervention of Edward Snowden, we are now in a period of experimentation with an alternative approach to surveillance. I’m not someone who thinks Snowden is a hero. He promised to keep secrets, and he – despite his claim that he attempted to warn the NSA legally as a whistleblower – it’s clear that he took many of the nation’s most precious secrets with him and began distributing them to undermine what he thought were unconstitutional programs. In our country, Congress and the courts have that responsibility for deciding what’s legal – not individual citizens. So it’s hard for me to see Snowden as a hero.

We don’t know the damage that comes from Snowden’s revelations. We may never really know that. But we do know one positive consequence, which is a searching national debate. As a result, we are now likely to experiment with a much less intrusive system of surveillance for our country. Rather than the NSA holding our metadata for 5 years, the data will be held by communications companies for a year or two, and released by them only if there’s a court order.

Congress seems united in wanting this new approach, and we’ll see whether it works. Sometime in the future it will be urgent and essential to know who a terrorist in a safe haven in Syria was calling when in the U.S. Will we be able to know? Will the system we have put in place be sufficient to ensure the country’s security? I sure hope so. I’m sure it’s being designed with that in mind.

You have a new novel based on some of these issues – surveillance, hacking. What’s it about?

It opens with a new CIA director named Graham Weber who is trying to reform the agency. He has come from a big communications company where he made his name refusing to accept a national security order from the FBI that was trying to compel him to expose data. So he’s a very unlikely CIA director, but he caught the eye of an unnamed president who wanted him to shake up the place. The first thing he wants to do is remove the statue of “Wild Bill” Donovan, the founder of the CIA, from its traditional place in the entrance lobby, provoking universal anxiety.

During Weber’s first week as director, a defector walks into the American Consulate in Hamburg, who turns out to be a scruffy Swiss hacker. He tells the CIA base chief in Hamburg “You’ve been hacked. Your systems have been penetrated by me and my friends, they are open and vulnerable and here’s a list of all of your case officers in Switzerland and Germany to prove it.” That’s the worst thing that can happen to an intelligence agency, and it’s happening to Weber. So starting from this optimistic, let’s shake up this place view, the new director has to face the possibility that the agency’s most precious secrets have been hacked using the kind of technologies that Snowden revealed, which have been turned against us.

So that’s the way the book begins. I hope it will help people understand, through my fictional characters, the big, complicated issues that the Snowden story raises.

And your work on this started before the Snowden revelations?

I began work on this book in early 2012, when for all we know Snowden was a fairly contented employee. But I had believed back then that the themes of a traditional spy novel – penetration of the agency, deception, manipulation, the things that spy novels are about – were going to go into zeroes and ones, become digital. The targets of spy agencies in the future wouldn’t be the recruiting of the head of an intelligence agency, it would be recruiting the systems administrator, which could open every digital secret for you.

I went to the 2012 session of the big hackers’ conference, called DEF CON, which is held every year in Las Vegas. It features some of the most bizarre looking people you can imagine. I tracked hacker bars and clubs in Berlin and Hamburg, and immersed myself in this really strange subculture – to the extent that a middle aged journalist-novelist at the Washington Post can do.

So how accessible was this subculture?

The secret of any kind of reporting is to go with a guide. So if you you’re going to see Hezbollah in Beirut, you go with someone who knows the local people, and you’ll be fine. In this case, I found someone who knew the hacking world inside out, who took me to DEF CON. His first words were “David, don’t bring your cellphone. Don’t bring your computer. Don’t even think about turning anything electronic on when you get to Las Vegas because people will be hacking you and everyone else 24/7.”

And so you realize the total vulnerability of anything digital, not just to the NSA, but any hacker who knows how to invade this space. It’s astounding – you listen to lectures on how to hack or hijack elevators, airplanes, drones – any piece of electronics could be turned against you.

I’m sure you expected some of this. But was there anything in your research that really surprised you?

I’ll tell you what one hacker told me, and I quoted her in the novel as one of my characters. She said, when I got good enough as a hacker to get root, meaning administrative power, in airline systems – and I could go in and start changing things in airline reservation systems – I realized that it was only a matter of time before someone could make a plane fall out of the sky. And at that point, she said, I felt I needed to figure how I use these skills to help prevent a disaster. She’s a model for the character who’s the heroine of The Director, actually.