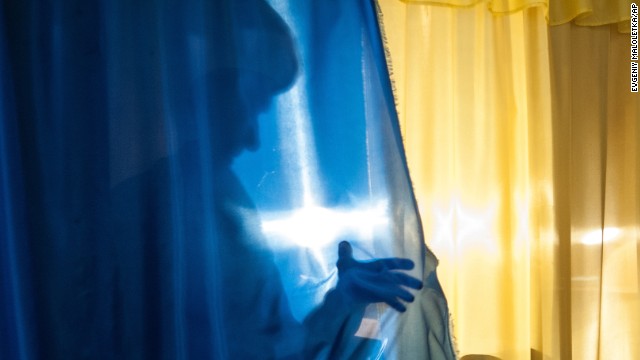 GPS Digital Producer Jason Miks speaks with Chrystia Freeland, a member of the Canadian parliament and former top editor at the Financial Times and Reuters, about recent developments in Ukraine.Watch Freeland on “Fareed Zakaria GPS,” this Sunday at 10 a.m. and 1 p.m. ET on CNN.

You’ve just returned from Ukraine. Did you get a sense that people there feel the likelihood of outright conflict with Russia has receded and that the country can move forward?

Yes and no. The election on Sunday was a very significant and very positive step. It was significant because you had very strong turnout, and the country decisively choosing a president who for the first time since Ukraine became an independent state had support from across the country. People really understood that this effort to build a democracy was imperiled, so they needed to have a new president with a strong mandate.

So that’s the good news. And I think you already see the positive consequence of that with the Ukrainian state acting more decisively. Having said that, I was also in the Donbass region, where the fighting is going on now. And I was astonished by the extent to which state authority had just melted away.

There wasn’t a lot of fighting while I was there, but it’s a very contested area, and it’s not clear what is going to happen there. It’s not clear if the government is going to be able to restore Ukrainian political order, partly because I think the Ukrainian government will hold back from doing anything that would lead to high civilian casualties – the morality of their new state is very important to them.

But I think we’ll see fighting there. And then the big question mark is what will Russia do? Russia is arming and supporting troops in Donbass. One of the commanders was sending bodies back to Russia – so there’s no question a lot of them are Russians. And certainly if Russia stopped supporting separatists, and particularly if Russia were to announce that it was stopping supporting them and did so at the same time, the conflict would be over tomorrow.

So we have to be clear that Russia is still playing a very negative role. Having said that, the threat that animated the separatists was that they were the advance guard of a full blow Russian invasion, and that threat seems to have faded.

On the border, in all of Ukraine right up to the border of the contested area, the mood was determined and really optimistic – I was surprised by both. The people felt, I think correctly, that war with Russia was still a real possibility, and they were prepared to fight. And I was surprised at the extent of that feeling – regular friends of mine for 20 years would have a gun in their office. So what surprised me was how that mood was so widespread, all the way up to the Donetsk Oblast border.

In the Donbass, where I also was, it was a totally different mood – a mood of real fear and uncertainty. It’s really scary to be in a country where the government has melted away. It’s terrifying actually. And that was the situation. And what that means is that just a few guys with guns can make you do anything. So say you call the cops – people say the police would show up and not do anything.

So, very scared, and very uncertain. I wouldn’t say there is a lot of support for the separatists at all, and support for them is declining as time goes on, particularly as the prospect of this somehow being connected with Russia recedes. And what many are really thinking is “oh my god – these ragtag irregular military guys, is this who we want?” They’re kind of scum of the earth people – people that would do this just aren’t very nice. So not a lot of support for them, but lukewarm support for Ukraine. And a real sense of being lost.

In the rest of Ukraine there’s a feeling of I’m personally responsible for my family, my community and my country. And people really feel a duty even to risk their lives. In the Donbass…Look, I met some very brave people on that side of Ukraine working hard and even risking their lives. Even to organize voting was to put yourself at risk of death. But the general mood was much more afraid, lost and passive.

What would you like to see the central government doing moving forward?

I think they need to do four things.

First, they are right to be stepping up the military pressure there. And this could really turn things around quite quickly. And they have a duty of care for people – it’s horrible not to have the protection of your state. So where they can, without killing civilians, I think that’s really important to do. Second, they should – and they are starting to do this – is to talk with civil society leaders that they can find there. Maybe with the separatists, but more important with people in the communities. Third, reform the Ukrainian government and the economy. That’s the most important. But fourth, they should continue dialogue with the world, the West – and also with Russia.

So are you more or less optimistic about Ukraine’s future after visiting there?

More optimistic. I’m less optimistic about the Donbass and the ongoing security danger. But for 90 percent of Ukraine, I’m much more optimistic. People were much more united, very broadly throughout the society there was a real understanding of being at a turning point and a commitment to get it right. It was really moving.