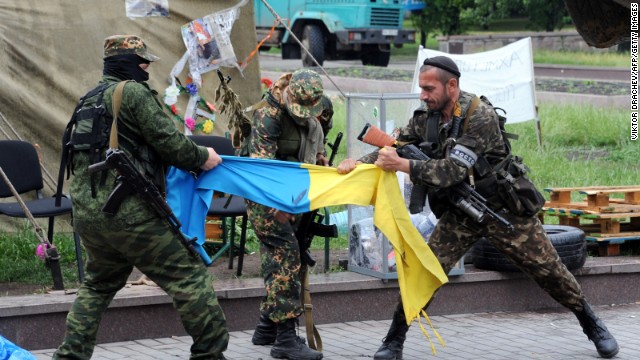 How to stop a repeat of Ukraine crisis

By Kim Davis, Special to CNN

Editor’s note: Kim Davis is co-founder and managing director of Charlesbank Capital Partners, a private equity firm. He is also chairman of the Baltic American Freedom Foundation and a member of the board of Freedom House. The views expressed are his own.

Russian President Vladimir Putin's annexation of Crimea, destabilization of Ukraine and protestations ("threats") about his need to defend Russian speaking populations throughout Eastern Europe have elicited many reactions and analyses.

The most troubling of these reactions have been from observers who believe that NATO's enlargement in the 1990's was wrongheaded and an immediate cause of Putin's belligerent actions. But not only is that suggestion flawed – it also signals a profound misunderstanding of what took place over the past few months. Indeed, any policy based on that kind of thinking will heighten the danger to Russia's non-NATO neighbors and may also increase Putin's adventurism in new NATO countries, especially the Baltics.

Many foreign policy observers favor a tacit, or even explicit, undertaking by the United States and Europe that the West will no longer support further eastward expansion of NATO and the EU as long as Russia agrees to renounce its territorial ambitions. Such a bargain, Finlandization writ large, would be a terrible mistake.

If the Baltics had not joined NATO, who can doubt that Putin would view them the way he did Crimea – a geographically important piece of real estate that should be under his thumb. Estonia and Latvia have large Russian populations, which would have provided a convenient excuse for Russian aggression. Putin finds the Baltics particularly irksome because their visible success is testimony to the advantages of democratic capitalism relative to his governing philosophy, which is best described as authoritarian kleptocracy.

When Putin decried the break-up of the Soviet Union as the worst tragedy of the 20th century, he signaled his geopolitical strategy. He is determined to reconstitute Greater Russia, and one reason that his first adventure was in Crimea and not the Baltics is because NATO pushed him further east. We must not accommodate his geopolitical goals and should ensure that the response to the recent aggression in Ukraine takes place within the larger context of our commitment to support the democratic aspirations of all of Russia's neighbors.

Russia under Putin does not put much of a premium on a respectful relationship with Europe or the United States. The Russian exercise of power derives primarily from its nuclear arsenal, its permanent seat on the U.N. Security Council and its large reserves of natural gas and oil. All three of those levers become less powerful to the extent that Russian foreign policy has to accommodate the institutional structures and norms that characterize Western democracies. We can hope that over time Russia will change its behavior and embrace the notion that a constructive relationship with its neighbors and the broader European community is a valuable goal. But that is a hope and, for now, not a particularly realistic one.

For the United States, we need to accept the reality that while we may still find narrow avenues of cooperation with Russia, it is untenable to condition any of our foreign policy initiatives upon an assumption of long term cooperation with the Russians.

Foreign policy may begin at home, but it does not end there: now is not the time to think that the world will stop while we repair our bridges, roads and address our social programs. Those demands won’t go away, and neither will the demands for a robust U.S. presence on the world stage. There is no practical military response to Russia's actions, which is the exact reason that we need a comprehensive diplomatic strategy which, more than anything else, makes a long term commitment to counter Putin's territorial and political ambitions. While it will be convenient to condition our policies on cooperation from other European allies, primarily Germany, we must not predicate our obligation to lead on their willingness to follow.

First, we need to communicate that our position on Ukraine is completely consistent and derivative of our long term interest in promoting freedom and democracy around the world. Our policy is not to oppose Russia but to support freedom.

Second, our rhetoric should match the reality of our actions. Strong condemnations of Putin's actions followed by limited sanctions of limited scope is of limited value. If anything, our actions should be at least as powerful as rhetoric.

Third, we need presidential leadership. If we want to promote democracy in Eastern Europe as an enduring component of our foreign policy, then we need President Obama to use his office to educate the American people and Congress on why Russia's actions have been dangerous and must be countered.

In many ways, we are experiencing the foreign policy equivalent of Ground Hog Day. We need to set our clocks back to 1989 and take a page out of American diplomatic history. During the 15 year period beginning in 1989 and spanning both Bush Presidencies and the Clinton Presidency, the United States led a comprehensive effort that redrew the European landscape, restoring freedom and democracy to a countries that had spent the entire post-World War II period under the repressive yoke of the Soviet Union.

Democracy either spreads or recedes. Now is the time to recommit ourselves to the simple ambition of celebrating the end of the Cold War as the moment when the world saw a permanent increase in the number of democratic countries and not simply an interlude between periods of authoritarian repression.

Topics: Russia • Ukraine
Next entry »What Tiananmen taught me
« Previous entryWhat I'm reading: End of right vs left in Europe?

Next entry »What Tiananmen taught me
« Previous entryWhat I'm reading: End of right vs left in Europe?