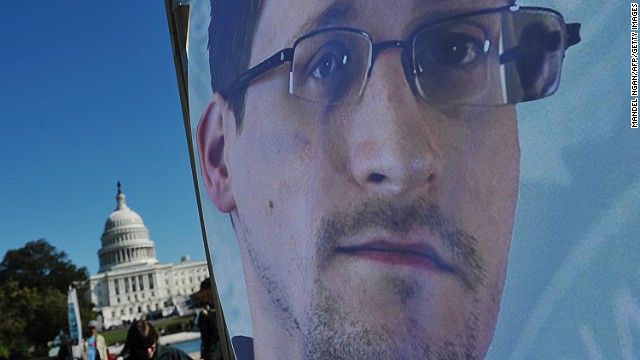 By Dinah PoKempner, Special to CNN

Editor’s note: Dinah PoKempner is general counsel at Human Rights Watch. The views expressed are the writer’s own.

Edward Snowden’s revelations, first published a year ago today, sparked a global firestorm of debate and outrage about U.S. surveillance practices, not to mention considerable wing-flapping on Capitol Hill over some exceedingly modest legislative reform. But there’s one subject that many surveillance reformers won’t touch with a 10-foot pole: whistleblower protection for people working for the government in the intelligence and national security sectors.

No legislative proposal to protect a contractor like Snowden has gotten traction on the Hill so far. And intelligence and national security workers lack the enforceable rights that other federal employees have against retaliation for calling out wrongdoing.

Worse, no one in the United States has a clear legislative defense against punishment for revealing government secrets to the public – not even if those secrets concern violations of the Constitution, international law, or outright crimes. Indeed, the heavy blunderbuss of the Espionage Act, a law aimed at punishing leaks to the enemy, doesn’t exempt those who try to alert the public to grave misconduct.

Snowden had watched the government destroy the careers of stalwart career officials when they tried to report wrongdoing through existing channels. He had seen the relentless prosecution of Chelsea Manning, even after that WikiLeaks source pled guilty to offenses that could send her to prison for 20 years.

Snowden says he attempted many internal complaints, but knew that they would not produce change if they were kept from the public. Those who find it distasteful that Snowden’s shelter is Vladimir Putin’s Russia should surely be interested in pushing to make it possible for whistleblowers to find protection in the United States.

Instead, the Obama administration seems intent on turning the screws harder on any insider who might talk to the public without authorization. A new directive reportedly bars intelligence employees from unauthorized discussion with the media of even unclassified information so long as it is “related” to intelligence. In other words, you could now in theory be punished for helping a reporter to understand intelligence policies, even if they aren’t secret.

Yet another policy forbids government insiders from even referring publicly to leaked documents or media reports about them – information pretty much everyone else in the world can talk about.

These policies are not only Kafkaesque, they are profoundly damaging to basic rights and democratic accountability. In a culture of over-classification and secrecy, insider leaks are vital to any type of national security reporting. When only “authorized” leaks are available, the media becomes an instrument of government propaganda, and democracy withers on the vine.

The repercussions of the Manning prosecution and the Snowden indictment go far beyond these individuals. Many who published or assisted these whistleblowers now live in the shadow of government retaliation, including Julian Assange, who will soon begin his third year of confinement in the Ecuadorean Embassy in London. Assange faces allegations of sexual assault in Sweden that he says he would answer, but with the open threat of a U.S. grand jury investigation, cannot risk leaving the embassy for fear of extradition to the United States.

But the fear of retaliation also looms over journalists, professionals, assistants and supporters who helped connect Snowden and Manning to the public, and who variously endure searches, confiscations, detention, threat of arrest, and self-imposed exile. Indeed, the signal from government is clear: publicize wrongdoing in the use of official surveillance at the risk of your freedom.

It is time for Congress to address not just the suffering inflicted on these particular people, but the pall that whistleblower persecution casts on the media at large, and consequently on us all.  Affirmative protections for the media and their sources should be put forward, in the form of both enforceable legal rights and robust defenses.

Why protect those who spill secrets? Because the public has a right to know when officials who act in its name secretly trammel rights. Real national security in a democracy demands no less.