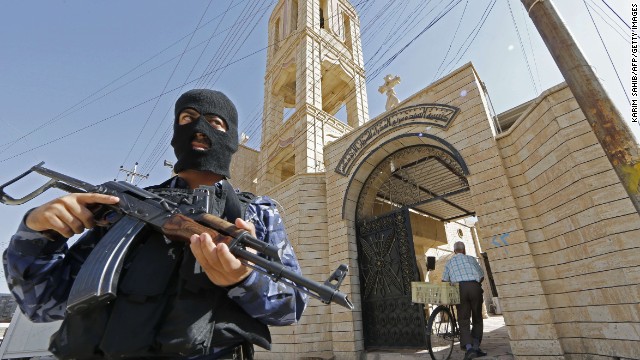 Whatever happens next, Iraq won't be the same

By Marina Ottaway, Special to CNN

Editor's note: Marina Ottaway is a senior scholar at the Woodrow Wilson Center . The views expressed are her own.

The quick advance of the Islamic State of Iraq and Syria fighters through Mosul and Tikrit to positions within 50 miles of Baghdad has brought to the fore the deep divisions in the country and the lack of loyalty most Sunnis and Kurds feel toward Baghdad. Indeed, even if support from the United States and Iran succeeds in shoring up the disintegrating Iraqi army and stopping ISIS's advance, the reality is that the days of Iraq as a unitary country that can be ruled by a powerful government in Baghdad are over.

We do not know yet for sure why the military melted away so quickly, with soldiers deserting their posts and abandoning weapons. Leaks from the Kurdish defense forces, the peshmerga, suggest that Iraqi troops stationed in Mosul were seen as undisciplined and corrupt and that officers from Saddam Hussein's old military had been working on behalf of ISIS.

Whatever the reasons, Prime Minister Nuri al-Maliki cannot rely solely on the national army the U.S. helped train and equip and he has already appealed to Shia militias to mobilize. Ayatollah Ali al-Sistani, Iraq's major Shia authority, has added his exhortations. But Shia militias will help defend Shia areas only, not the entire country – they could not possibly operate among Sunnis or Kurds even if they had an interest to do so. And while Shia militias may help stop ISIS's advance, it would be at the cost of intensified sectarian conflict.

The peshmerga will also fight ISIS if it has to – so far, ISIS has bypassed Kurdish areas and moved toward Baghdad. But it would be to defend Kurdistan, not the entire country – and certainly not the al-Maliki regime. In fact, the peshmerga has already taken advantage of the collapse of the national army to occupy the contested Kurdish-inhabited areas that are officially outside the borders of its autonomous region. They are in control of Kirkuk and its oil fields as well as other areas, and will likely not surrender them to al-Maliki.

With Shia militias and the peshmerga focusing on their respective areas, the fate of Sunni regions now controlled by ISIS depends on three factors: al-Maliki's ability to shore up his collapsing military; support from the United States and Iran; and the resistance by the Sunni population to a movement that does not hide its intention to enforce a harsh form of Islamic rule. In occupied towns, males have already been warned that they must report to the mosques for prayer five times a day, and women that they must stay at home.

Al-Maliki's capacity to shore up the military is questionable. He has maneuvered successfully to put officers loyal to him at the top, but this does not guarantee that his loyalists can get the rest to fight. But while the U.S. declaration that it will expedite delivery of materiel, including F-16s, could help, increased airpower could also lead to a Syria-like scenario of a government bombing its own cities to dislodge rebels, causing major civilian casualties and further alienating the Sunni populations in the occupied towns. U.S. airstrikes, meanwhile, would make a difference on the ground, but would not change the fundamental problems of a dysfunctional Iraqi army.

Sunni resistance against ISIS will undoubtedly develop, as it already has in Fallujah and Ramadi, which ISIS entered earlier this year. Atheel Nujaifi, the governor of Nineveh Province where Mosul is located, has hinted that resistance is already developing and that he is involved, despite having sought refuge in Kurdistan. But there is not enough information about what is happening on the ground to predict how such resistance will emerge – there is talk, for example, of both tribal militias organizing and of officers of Saddam Hussein's Baathist army taking charge.

Yet no matter what form resistance takes, like all other groups Sunnis will organize to protect themselves and their areas, not Iraq as a whole. Indeed, at this point it seems that only the United States and the al-Maliki regime are focusing on the entire country, although there is little the United States could do without putting boots on the ground.

All this suggests that the disparate forms of resistance may well eventually stop the advance of ISIS and thwart its goal of establishing a new caliphate across the Levant (although this will not be an easy or swift process). But even if ISIS fails, Iraq will not be the same country. Kurdistan may not insist on independence yet, but it will insist on retaining control of Kirkuk and on exporting its oil without Baghdad's interference, and will at best accept remaining in Iraq as part of a loose confederation. The sectarian identity of the Shia provinces, meanwhile, will be reinforced as Shia militias, rather than a national army, become the guarantors of security. And so will Sunni identity, either as part of the Islamist state to which ISIS aspires or more likely as part of a region that feels it owes nothing to Baghdad and its Shia-dominated government.

The Obama administration in the last few days has appealed to al-Maliki to broaden the base of his government, making it more inclusive as he tries to form a new coalition in the wake of last month's elections. Yet while such advice is admirable in principle – a country as diverse and divided as Iraq should certainly aim for inclusivity – it appears largely irrelevant as Iraqi communities scramble to protect themselves on their own.

Topics: Iraq
Next entry »Iraq badlands might be inevitable
« Previous entryU.S. defending the indefensible in Iraq

Next entry »Iraq badlands might be inevitable
« Previous entryU.S. defending the indefensible in Iraq