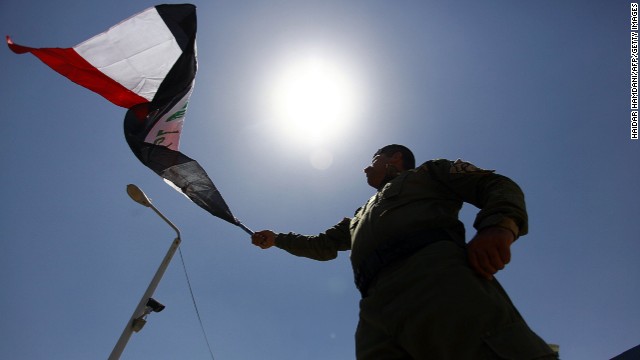 Why al-Maliki needs to resign

CNN speaks with Fareed Zakaria about the U.S. role in Iraq, Iran and why it might be time for Iraqi Prime Minister Nuri al-Maliki to resign. This is an edited version of the transcript.

We really have seen this now so many times – dictators, people who have been dictators for decades in some cases, overthrown and leaving power. And kind of an attempt at democracy that stumbles as it is right now here in Iraq.

If you look 15 years ago, the entire Middle East – from Libya to Tunisia, Iraq to Syria – you had secular dictatorships underpinning this order, secular dictatorships often supported by super powers or foreign powers. The whole structure of authority has collapsed, and what is interesting is into the vacuum have risen all these Islamist groups.

What that tells you is, when order is threatened and breaks down, what people grasp to are their oldest identity – Shia, Sunni, Arab, Kurd. This might be a tidal wave coming, and that’s going to mean this kind of period of transition for this region.

It’s so frustrating, especially for people who served in Iraq – there was such opportunity in this country. This is a country with huge oil reserves with the vast potential for wealth. It makes a lot of money now and yet, we've seen through a failure of leadership by the prime minister this failure to reach out in very basic ways and kind of share the wealth.

Absolutely. We made our share of mistakes. We reinforced sectarian identities and empowered the Shia hardliners. Al-Maliki is to principally blame, the prime minister. People say we could have done more, we left too soon. Remember, if it took almost 200,000 foreign troops, mostly American, if it took billions of dollars to get al-Maliki to temporarily be nice to the Sunnis, how long was that going to last anyway? We're seeing al-Maliki's true colors and he's revealed himself to be a sectarian thug, sad to say. It's tough to imagine how he can put Humpty Dumpty back together again.

So you don't see a scenario in which he maintains power and the country stays together?

The only hope is a government of national unity, and if it doesn't happen, there won't be an outright partition because they will end up with no oil. Everyone will fight for the central government. It will be a very unstable long period – sort of like Syria with a lot of badlands and no-go zones in the middle where very nasty people will take root.

But at this point, does the U.S. really have that much influence over the events here? Iran obviously is the major partner, don't they have more control over what happens here, at least in terms of the government?

Iran has a lot of influence. That's part of what has been motivating al-Maliki and one of the reasons al-Maliki didn't want to sign the status of forces agreement with America that would keep American troops in Iraq in small numbers. I heard that from several politicians that said this deal is never going to happen because Iran doesn't want it. The Iranians do have influence.

We could have some influence, particularly now. This is Washington's moment of maximum leverage because al-Maliki needs the United States and needs military help. This would be the moment for President Obama and his team to try to extract the maximum they can, and what I would urge is that that maximum be al-Maliki resign and a new government be shaped, perhaps with al-Maliki's party.

Look, there are ambitious politicians in Iraq, there are all kinds of people who could be reached out to, and you try to come up with a new governing coalition because this one lost credibility.

Next entry »What I'm reading: The sectarian myth of Iraq
« Previous entryNo, talking to Iran about Iraq isn't desperation