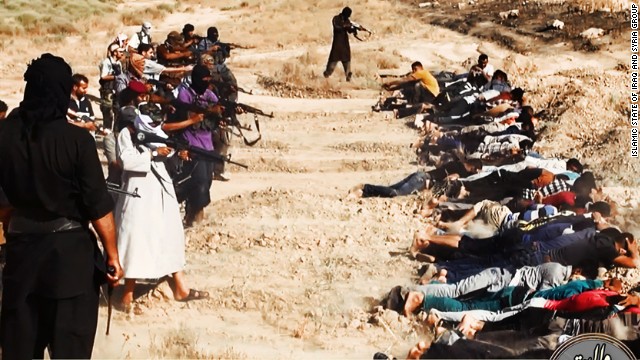 Editor’s note: Jane Harman is Director, President, and CEO of the Woodrow Wilson International Center for Scholars. A former U.S. representative from California, she was the ranking Democrat on the House intelligence committee from 2002 to 2006. The views expressed are her own.

The Islamic State of Iraq and Syria is a disaster with momentum – we have every reason to fear that they’ll gain more ground, and little reason to hope that the Iraqi government has what it takes to beat them back. But while we watch Prime Minister Nuri al-Maliki’s demotion to “mayor of Baghdad” with horror, let’s remember who (and what) our enemies are.

It’s a media cliché by now to say that these insurgents were “too violent for al Qaeda.” That might be true, but it’s not because core al Qaeda flinches at the sight of blood. For the short term, ISIS is looking for territory; al Qaeda hasn’t stopped looking for targets.

Yet with all eyes on ISIS’s warpath, we risk being distracted from al Qaeda’s very real efforts to launch the next major terror plot. Remember that al Qaeda in the Arabian Peninsula has demonstrated its intent to strike our homeland – and that its dangerously inventive bomb maker, Ibrahim al-Asiri, is still at large. Remember that al Qaeda in the Islamic Maghreb has made a point of targeting the interests and citizens of our European allies and that it still enjoys safe haven in Mali’s ungoverned north. These are threats that can’t drop off our radar, no matter how savage the destruction in Iraq and Syria.

Of course, ISIS is generating new dangers day by day. First and foremost is the risk posed by foreign fighters. The regional war is radicalizing young men and women equipped with the deadliest weapon a terrorist can come by: a clean Western passport. In an especially perverse propaganda coup, ISIS’s rival, Al Nusra, is claiming credit for an American suicide bomber in Syria. This is a threat beyond what the Tsarnaev brothers inflicted on Boston last year. Those two allegedly learned their craft on the Internet; the fighters we face next will have practiced terror in a warzone. ISIS dreams of carving out for itself a neo-caliphate, plucked out of the 7th century and dropped without warning onto their modern victims. In practical terms, they’re creating a vacuum for terror to fill, and a training ground for the perpetrators of future international plots.

We know that ISIS members are thinking westward, and thinking ahead to homecomings. Years ago, Abu Bakr al-Baghdadi reportedly quipped to his American captors that he would see them in New York; now, U.K. Prime Minister David Cameron is highlighting the threat posed by Britons who are fighting with ISIS. We know that Americans have gone to fight in Syria, and we also know – worryingly – that we don’t know where all of them are. We need to build better links with the communities these angry young people will be returning to. Better yet, we need to know to screen for them before they enter the country. Flagging individuals who would bring terror back home is an exceptionally difficult intelligence challenge, but it must be a top priority for our counterterrorism policy.

Whatever perspective you take on the subject, ISIS is a nightmare realized. We’re witnessing the latest convulsion in a regional war first unleashed by the barbarism of Abu Musab al-Zarqawi, with no end yet in sight. Iraqi soil has been practically scoured clean of what stability had been purchased by the blood and treasure of the United States and its allies. What’s left is a clear and present danger.

We should be very cautious about Americanizing the conflict in Iraq and Syria, which would risk painting a target on our back, and I’m encouraged to see that our intelligence services are working with Jordan, Saudi Arabia, and Turkey to develop a better picture of the regional insurgency. An international effort – led by Arab nations taking responsibility for their regional security – is the surest way to contain the mass violence. Drones alone can’t deliver good governance to Iraq, and a more inclusive Iraqi politics led by someone other than al-Maliki is the only durable antidote to the country’s wasting insurgency.

Even as we work to stabilize the region, we absolutely must keep in mind the end game. For al Qaeda and the rest of the transnational jihadist movement, the brass ring remains a major attack on Western soil. In Iraq and Syria, ISIS may crumble or it may conquer. Regardless, the chief responsibility must be to thwart plots that would put Americans in the cross hairs. Those may come from new foreign fighters radicalized today, tomorrow, and the next day – we can’t ignore that those threats might come too from old enemies who have never stopped planning for American deaths.

In Boston, bombs went off because a pair of first-time terrorists got lucky. Going forward, we’ll face bombs that go off because their designers knew exactly what they were doing.