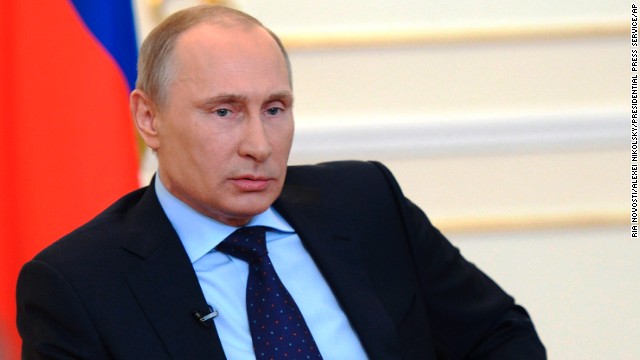 By Tomas Valasek and Damon Wilson, Special to CNN

Editor’s note: Tomáš Valášek is the permanent representative of Slovakia to NATO. Damon Wilson is executive vice president at the Atlantic Council and former NATO official. The views expressed are their own.

In the face of Russian President Vladimir Putin’s aggression in Europe’s east, NATO has reaffirmed the alliance’s commitment to defend “every inch” of its members’ territory. Right now, it must also make clear that it will respond to any Russian measures to undermine stability in Europe as a whole, especially the security of countries waiting to get into NATO. The cost of not doing so is to invite more Russian aggression.

While NATO membership for Ukraine is not on the table in Brussels or Kiev, Ukraine’s sovereignty may be impacted by what the alliance decides about what to offer Montenegro and Georgia, the two most prepared candidates for membership. NATO foreign ministers have started talks in Brussels on Wednesday that will pave the way for a decision on enlargement at NATO’s September summit in Wales. Unfortunately, some key NATO members are not yet convinced about the benefits of enlargement.

That decision will be based mostly on whether candidates are prepared to meet the responsibilities of membership. But allies also need to consider whether accession of additional countries contributes to NATO’s security. Enlargement is not a favor to aspiring members. Any next round must strengthen the security of the Alliance and the stability of Europe.

Security on the continent has changed dramatically since NATO agreed in 2008 to admit Albania and Croatia, which joined the following year, the last round of enlargement. Russia subsequently used force against Georgia and then Ukraine, changing borders. Well before the annexation of Crimea and destabilization of eastern Ukraine, Putin had come to regard NATO as an adversary. He has also declared Russia’s intention to use force against perceived oppression of Russian speakers, wherever they are.

At a time when NATO is facing a period of tensions and confrontation along its borders, does enlargement help or hurt the Alliance?

In one sense, enlargement just got tougher. An emboldened Russia will resist the expansion of Alliance territory with vigor. The costs to NATO of continuing to grow have risen.

But so have the costs of non-enlargement. Moscow will interpret a decision not to enlarge as evidence that its policy of aggression against neighbors seeking to join the West is working. That sort of encouragement is hardly in NATO’s interest.

Enlargement contributes to security because it leads to more predictable relations with Russia. Membership has a calming effect on Moscow’s ties with nations as NATO entry greatly increases the costs to Moscow of interfering. Imagine if Estonia or Latvia – two neighbors of Russia with large Russian minorities – were not members of NATO. They could be under as much pressure now as Ukraine. But Moscow has reasons to tread carefully because it knows that an intervention in the Baltics would trigger a collective NATO response.

While not Russia’s neighbors, the accession of Balkan candidates to NATO would greatly reduce the risk that they become flashpoints in relations with a revanchist Russia intent on reasserting its role, including in the Balkans. A stabilizing policy is needed for the period of tensions ahead. The time to act is now: before the pro-membership elites and population comes under even more Russian pressure to reconsider.

Montenegro has made the greatest strides in preparing for accession and its leadership has stood up to Russian pressure, demonstrating its willingness to carry the responsibility of membership. Inviting Montenegro to join NATO this fall would provide needed stability in the region, deter Russian mischief-making, and signal that NATO’s door remains open.

Georgia is a special case. It remains committed to its NATO course despite its great vulnerability: in 2008 Russia attacked and occupied part of Georgia in part to keep it from joining NATO.

Allies should not incentivize intimidation by blocking Georgia’s progress out of fear of provoking Putin. Moscow will likely step up efforts to destabilize Georgia even if NATO grants Georgia a membership action plan, a half-way status that would still leave it bearing increased Russian pressure without any NATO security guarantees.

At the NATO summit in Wales, the alliance should put in place measures to strengthen Georgia’s ability to defend itself and deter Russia before it offers membership. These measures should include the presence of NATO, including U.S. forces on Georgia’s territory, and a major new effort to help Georgia modernize its armed forces and implement further democratic reforms. This would ensure stability while paving the path for a viable and credible alliance security commitment to Georgia.

A new NATO arrangement with Georgia along with an offer of membership to Montenegro in September would make a significant contribution to alliance security. They should be part of NATO’s response to a revanchist Russia.​