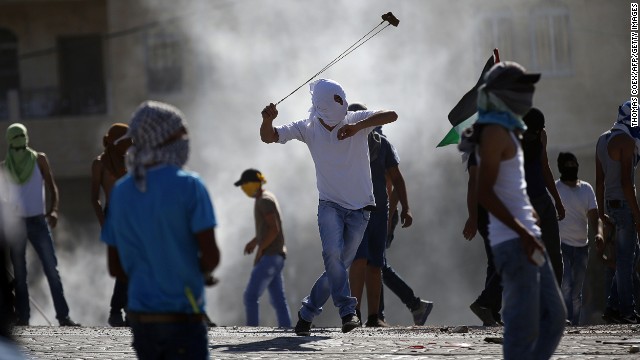 CNN speaks with Fareed Zakaria about the killing of three Israeli teens and a Palestinian youth, the role of social media in the Middle East, and the prospects for a peaceful resolution to the crisis. This is an edited version of the transcript.

The violence and the tension between Israelis and Palestinians is nothing new. When did it get to the point that killing innocent teenagers is part of this?

Unfortunately, there’s a long history of terrorism. Palestinians regarded it as a resistance to what they see as an illegitimate occupation. Of course, Israelis regarded it as terrorism. What I think is new here, which is very troubling, is that people are using the new tools of technology, social media, and you're beginning to see radical fringe elements that are able to organize, galvanize support. So what happens after the horrific murder of these three Israelis is you see Israeli right wing extremist groups go on Facebook and create sites that basically say, let's kill Arabs.

On the Arab side, on the Palestinian side, you've had similar kinds of incitement. It's as if we sometimes think that these technologies are somehow going to make everybody get along and cooperate. And instead what's happening is that it's creating a poison within the body politics of both sides, and it's going to be very difficult to walk this down because it's out there now.

Prime Minister Netanyahu has called for calm. Everyone on both sides is calling for calm on this. But can they keep a handle on this, especially when you talk about how now you have this social media element?

You know, this is the thing we've discovered about all social media. The costs of organization, as it were, have dropped dramatically, so while governments can say "we will monitor rallies," "we will monitor things like that," what do you do about a Facebook group that gets 35,000 likes within a few hours?

More from CNN: Teens' killing bad for all

And the problem here is that it creates an atmosphere within which these politicians have to deal. We all know the end point for the Israeli-Palestinian process is simple. Everybody knows it. It's a two-state solution. We know roughly what the contours of those state would be. The problem getting there involves a lot of painful concessions on both sides. And so when you have these kinds of events, it makes the Israelis much less willing to make concessions, it makes the Palestinians much less willing to make concessions. So in some ways, it's a few people, it's individual tragedies. But it sets back the cause of peace dramatically.

And doesn't it just take that spark to ignite something once again?

I would say it's unlikely, only because there's such an imbalance of power, to put it bluntly. The Israelis really have such complete military force dominance. The wall has brought down the incidence of terrorism by over 99 percent. So what you're going to see probably are these kinds of individual acts, horrific and in a sad way because there is less of the other kinds of protests or terrorism. You will see these more gruesome, more horrific, more spectacular one shots once in a while. It's what we all worry about with regard to this stuff.

But it's almost like there's no escape valve, and there's no hope for people, so that you see this and then you see some retaliation, some kind of revenge killing. Israeli Justice Minister Tzipi Livni has been very, very strong on this, saying, look, if this is a revenge killing, that is illegal. It's terrorism. It has to be punished. Israel is a state of laws.

And we need something like that on the other side, some sense of being able to assert the importance of institutions and not allowing vigilante violence rule the day.

How does this fit into the broader instability in the region – in Syria, especially in Iraq? I mean, what's happened over just this week in Iraq has been really astonishing. A parliament completely incapable of getting its act together and the violence continuing.

At the end of the day, the only way you're going to get a Palestinian state is if the Israelis feel comfortable and secure enough to allow one to be created. In this atmosphere, Iraq is collapsing. Syria is burning. Fears about what’s going to happen in Lebanon. Israelis feel, understandably, insecure.

What do you make of what's going on in Iraq this week? You have the line coming from the Obama administration, which is that Iraq needs to form a unity government before it can get any real U.S. military support, although we're seeing more military heading over there. But then you see the first attempt at that completely failed in spectacular fashion.

He's also the guy with the majority seats right now.

He has a majority coalition, and so there are a lot of coalition members who could defect.

So that could change.

You could see that it might change. The last time around, by the way, he wasn't in the majority, and he managed to finagle – with the help, frankly, of the United States and Iran – to kind of cobble together a coalition. Because he presents himself as a strong man can govern Iraq.

Well, it's clear, he can't govern Iraq. He's created an insurrection, rebellion, and he's brought al Qaeda into Iraq. So one would hope that people see that. Most importantly, I think the United States is correct to say, if you don't do that, you don't get substantive American help. Because remember, he has 650,000 men under arms. He has a defense budget of $17 billion. He's got the firepower and men he needs. What he doesn't have is the right political environment.

So you've got this statement and a position coming from the Obama administration in Iraq. Is there something more between Israelis and Palestinians that the United States should or can do? It seems that what we've heard from Secretary Kerry and President Obama so far is what we often here: The two sides need to come together. Is it too dangerous for them to step in the middle of this?

Right now, probably it is. But I think that they've always been people who felt that maybe what the United States could do in the Israeli-Palestinian situation, at some point, is say, look, we all know what the end point is going to be, and we're going to present you a plan – an American plan – to end the occupation and create a Palestinian state. Here's what it's going to look like. Here are the parameters. Why don't you guys get together and discuss these final modalities, final points, of how would you do the land swaps so that Israel can keep its major settlements? How would you carve out a space in the east Jerusalem area so that the Arabs can feel that they have a capital there?

But put it all out on the table. Say we're not going to spend three years negotiating this. We know what it looks like. Why don't you guys do it for six months? I don't know either side is ready for it now. The problem in the Israeli-Palestinian case is people often say there's no light at the end of the tunnel. There's light. There's just no tunnel. There's no way to get from here to the obvious solution.

Next entry »Identity, not ideology, is moving the world
« Previous entryWhere is el-Sisi taking Egypt?