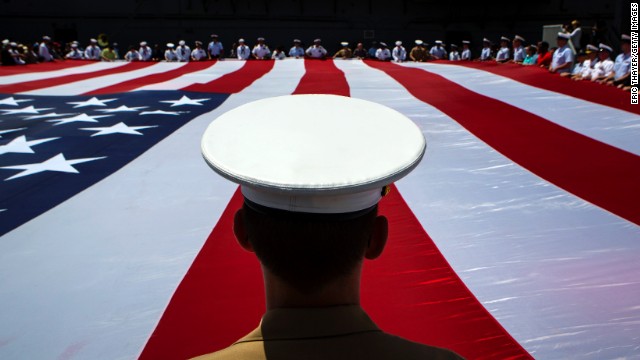 If you thought that Americans were deeply divided on the proper U.S. role in the world, think again. It is even worse than you think. But it is also more complicated.

Americans are more inward looking today on foreign policy issues than they have been at any time in the last half century. And new survey data from the Pew Research Center highlights the fissures that separate one American from another on international affairs – divisions that are far more nuanced than a simple left-right disagreement. They pit Americans who are socially conservative against pro-business conservatives and old-line liberals against younger liberals.

Charting a course on the world stage for Americans has never been easy. But in today’s deeply partisan political environment it’s a particularly challenging task.

Three-in-five Americans say the U.S. should pay less attention to problems overseas and concentrate on challenges at home, according to a new Pew Research Center survey, while just over one-third say it’s best for the future of the country to be active in world affairs. A decade ago, about half of the American public wanted Washington to focus less on international problems.

This confirms the findings of a December Pew Research Center survey that found that about half of Americans thought the United States should “mind its own business internationally and let other countries get along the best they can on their own.” Only one-in-five felt that way in 1964 and roughly two-in-five in 1995.

But while partisan polarization – the vast and growing gap between Republicans and Democrats – is a defining feature of American politics today, U.S. global involvement also divides partisans who generally agree on many domestic issues, making for some strange bedfellows.

The public on the right of the political spectrum differ markedly on foreign policy. As might be expected, “Business Conservatives,” who by their nature are generally pro-Wall Street and account for 10 percent of the public, express strong support for an active U.S. global role, with two thirds saying it is best for the country to be active in world affairs. “Steadfast Conservatives,” whose values are generally populist on social issues and make up 12 percent of the population, take the opposite view and prioritize focusing on problems at home by a 71 percent to 24 percent margin.

“Hard-Pressed Skeptics,” who are financially stressed and generally pessimistic about their lives and the future of the country, meanwhile, overwhelmingly (87 percent) want the U.S. to focus more on problems at home. “Young Outsiders,” who are conservative about the role of government but not conservative on social issues, also strongly desire a greater American focus on domestic issues.

On the left, narrow majorities of “Solid Liberals” (55 percent), and the “Next Generation Left” (54 percent), who are young and liberal on social issues, say it’s best for the country to be active in world affairs. On the other hand, the “Faith and Family Left,” who are religious and racially diverse, disagree, with 54 percent saying it would be better to concentrate on problems at home.

Still, despite the public’s reticence about global involvement, more than half say that problems in the world would be even worse without U.S. involvement. But such guarded faith in the efficacy of American interventionism masks deep partisan divisions that again defy a neat left-right divide. The extreme left and the extreme right have their doubts about an activist U.S. foreign policy, for example, while the middle generally still supports such engagement.

“Business Conservatives” express the strongest backing for U.S. efforts to solve problems around the world: Three-quarters say the global situation would be worse without U.S. intervention, a view largely shared by large majorities of the “Faith and Family Left” and “Next Generation Left.” But “Solid Liberals” have some doubts – just 54 percent think that international challenges would be harder to overcome without U.S. involvement.

Such partisan discord has policy implications. Among the American public generally, just 37 percent say using overwhelming military force is the best way to defeat terrorism, while a majority says “relying too much on military force creates hatred that leads to more terrorism.”

By greater than three-to-one, “Steadfast Conservatives” and “Business Conservatives” agree on this issue, and they are joined by about half of the “Faith and Family Left,” who also believe in using overwhelming force in the war on terrorism. But all other subdivisions of the American body politic – on both the left and in the center – say the use of force creates hatred that leads to more terrorism.

There are different partisan divides on the contentious issue of what the U.S. should do about China, the world’s rising superpower. Overall, more Americans prioritize building a stronger relationship with China on economic issues (51 percent) over getting tougher with China on economic policy (41 percent). But “Steadfast Conservatives” strongly back a tougher stance against Beijing. Fewer “Business Conservatives” agree, and less than half of “Young Outsiders” want to get tougher on China. Meanwhile, over half of Americans on the left say they want a stronger economic relationship with Beijing.

For those Americans who care about international affairs, and for those outside the United States who must live with the consequences of U.S. action or non-action on the world stage, the partisan rift in American politics over foreign policy can be both troubling and confusing. And there is no evidence this is likely to change any time soon. The fact is that America’s partisan divide – and the divide within both the American left and right on international issues – is the world’s problem.​