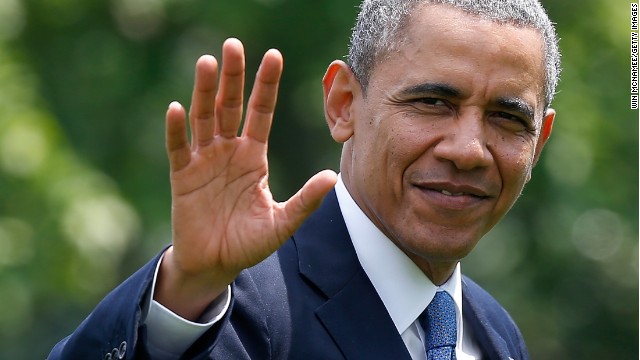 Beleaguered at home, U.S. President Barack Obama remains beloved in many nations abroad. And he is far more popular than his predecessor George W. Bush. But the bloom is definitely off the Obama rose.

Obama’s election in 2008 was widely approved of around the world, and there were high expectations for the incoming American leader, whose election seemed to promise an end to the anti-Americanism that had plagued Washington’s relations with the rest of the world for the past several years.

And, despite revelations such as National Security Agency spying on foreign leaders and the growing sense in the United States that President Obama is already a lame duck domestically, his continued (if somewhat diminished) favorability abroad suggests he remains a force to be reckoned with in international affairs. But will the president follow the well-trodden path of his predecessors in spending more time on foreign policy in their last years in office as their domestic influence has waned?

Today, Obama remains largely popular. Half or more of the public in 27 of 43 countries surveyed by the Pew Research Center in 2014 said they had confidence in him to do the right thing in world affairs – his median positive approval rating is 55 percent, similar to the American public’s view of his handling of foreign policy. Indeed, in most nations, the public’s assessment of Obama’s performance is largely unchanged since 2013, and his image has dropped by double digits in just five nations – Brazil, Germany, Argentina, Russia and Japan. But it has risen appreciably in Israel and China.

Western Europeans’ views of Obama, meanwhile, remain quite positive, and the president hits ratings he can perhaps only dream of now back at home – more than eight-in-ten French and three quarters of Italians and British have confidence in the U.S. president doing the right thing internationally.

Indeed, revelations that Washington has read both Americans’ and some foreigners’ emails and listened in on their telephone conversations appears to have significantly damaged Obama’s approval in only one EU country, with Germans’ views of Obama falling 17 points in the last year. In addition, Russian faith in Obama, already quite low in 2013, is down 14 points to 29 percent, a likely casualty of the Ukraine confrontation. (Obama’s handling of that crisis has not won the U.S. president much support in Ukraine, either, where only 44 percent give him a positive grade).

Asians’ appreciation for President Obama echoes that of western Europeans – half or more of the publics in nine of 11 Asian nations surveyed have confidence in Obama to do the right thing in world affairs. Such pro-Obama sentiment is particularly strong in the Philippines (89 percent) and South Korea (84 percent). About half of Chinese, meanwhile, now approve of his conduct internationally, up 20 points in the last year. Still, Just 7 percent of Pakistanis think highly of Obama, making them his most severe critics.

In Africa, Obama maintains a strong image, with half or more of the public in all seven nations surveyed giving Obama a positive rating. He is particularly appreciated in Kenya and Tanzania, where about three quarters of those surveyed approved of his performance.

Latin Americans take a more jaundiced view of the U.S. president. In just four of the nine countries in the survey do half or more approve of his conduct of foreign affairs, with the president’s highest rating a relatively modest 58 percent in El Salvador, while appreciation for his international stewardship is down 17 points in Brazil and 13 points in Argentina in just the past year.

Obama’s lowest regional approval is in the Middle East, where only 13 percent of Palestinians, 17 percent of Jordanians and 19 percent of Egyptians have confidence in Obama’s leadership this year. This contrasts starkly with Israel, where almost three quarters of respondents give Obama a thumbs up, a 10 point rise over the past year.

Still, although President Obama’s popularity has held up relatively well in much of the world over the past 12 months, there has been a considerable drop off since Obama took office in 2009 – his ratings have declined in 19 of 21 countries for which there is comparable data, including a 30 percentage point drop in Argentina, a 25 point fall off in Japan, a 23 point decline in Egypt and 22 point slides in Germany and Russia. Only in Israel has the public’s view of Obama improved significantly.

All this said, however much disappointment global publics may have in Barack Obama, they still prefer him to his predecessor George W. Bush. In 2008, the year he left office, a median of just 19 percent in 20 nations had confidence in Bush’s handling of world affairs, compared with 57 percent that still have confidence in Obama in those same countries.

Of course, with two and a half years remaining in office, the Obama legacy has yet to be written. But one thing is clear: He restored faith in the U.S. presidency in the eyes of many around the world. And while that impact is waning, it still remains a strong American asset abroad.

Topics: Politics • United States
Next entry »What I'm reading: How to change minds
« Previous entryApollo too risqué for Russia?

Next entry »What I'm reading: How to change minds
« Previous entryApollo too risqué for Russia?