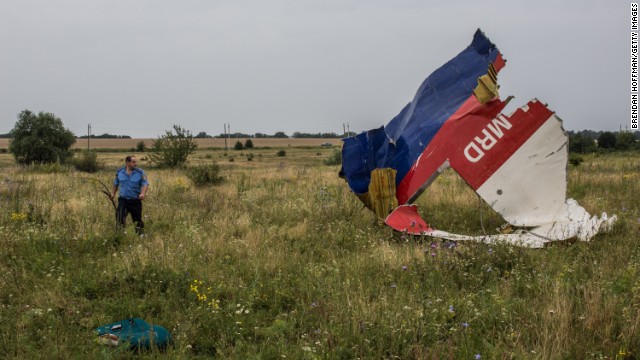 Zakaria: Ukraine government needs control of its own territory

CNN speaks with Fareed Zakaria about the alleged shooting down of Malaysian Airlines Flight 17 in eastern Ukraine on Thursday. This is an edited version of the transcript.

The conflict in Ukraine had generally slipped out of the headlines in the United States, but Thursday’s incident was a very shocking reminder that if anything it as intense as ever.

Actually, Ukraine’s government accuses the separatists and Russia of being linked in that way.

Precisely. And a lot of the equipment that those separatists have got they almost certainly got from Russia. This should be an opportunity for the entire world for the West, for the United States, to say, let's end this farce once and for all. The government of Ukraine has to have control over its own territory. The Ukrainian army should go in there, clean this out, and the Russian government at this point I think is on the back foot and won’t be able to try mounting any spirited defense.

Since a new president was elected in Kiev we’ve seen advances by Ukrainian forces against separatists. Early on, when Ukraine's military was trying to move into some of these regions in eastern Ukraine, they basically got turned around by mobs of people. But there have been some advances by the Ukrainian military there in the last several weeks.

Exactly, and part of that is they're getting their act together. Part of it, remember, is the Ukrainian military and intelligence services are riddled with Russian spies, so that has made it very difficult. But this is all an opportunity to clean that up, to allow the government of Ukraine to have control over its territory, to sweep out some of those Russian forces. This would be an opportunity, particularly if the Europeans really lay it on the line, because Putin is going to feel on the defensive here. This wouldn’t be a time to mount a Russian counter offense.

A U.S. official told CNN that the Obama administration doesn’t think the government of Ukraine has air defenses in the region where Malaysian Airlines Flight 17 was shot and crashed. The official also told CNN that we'll see the Obama administration attempting to internationalize this, and there will be pressure to allow others from outside to see this site. What do you make of that?

I think it's actually very important because we forget that in Russia that what people are hearing is a completely different narrative. You heard Putin basically saying “Look, if the Ukrainian military wasn't trying to take control of their own country, none of this would happen because this area wouldn't be a war zone.” And there are reports in Russia that say that this was the Ukrainian military that shot down the plane because it was trying to shoot down Vladimir Putin's plane and that they missed and that these two planes just happened to be in the sky at the same time.

The Russians have had this extraordinary propaganda offensive throughout this Ukrainian crisis – there have been some bald faced lies, they’ve made stuff up and just put it out there.

Next entry »Fareed Zakaria answers your questions
« Previous entryNo, this isn't the worst of times