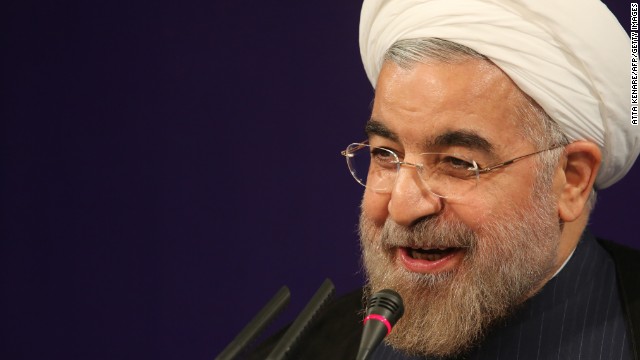 Why it's right to keep talking to Iran

World powers announced late Friday the need for an extension of negotiations as diplomats work to achieve a comprehensive deal on Iran's nuclear program. This is an opportunity we can’t forgo. Diplomacy must be given the chance to succeed, lest we live with the probable consequences of failure: an Iranian nuclear weapon or another disastrous war.

In fact, diplomacy has already yielded results – Iran has met all of its commitments under the Joint Plan of Action, which took effect in January. Since that time, real progress has been made in scaling back Iran’s nuclear program, and intrusive inspections of its nuclear facilities have taken place under a more effective verification regime. These inspections have given the United States and its allies unprecedented insights into Iran’s nuclear facilities. Further, Iran has significantly dialed back its nuclear activity. Its stockpile of dangerous enriched uranium has decreased from 195 kilograms at the outset of the deal to just 4 kilograms in June – a 97 percent drop.

We’ve come a long way toward our goal of preventing an Iranian nuclear bomb. But we need a long-lasting agreement. And to achieve that, we must keep Iran at the table. It’s reasonable that negotiators need more time to settle on the details of what will undoubtedly be an extremely complicated settlement. And Iran’s compliance thus far suggests that its leadership is committed to this process, and that extending the talks offers real hope for success.

Of course, hawkish detractors in Congress can be expected to continue to try to derail the ongoing negotiations by pushing for more unilateral sanctions. But we cannot sanction Iran into abandoning its nuclear ambitions. If that were so, Iran already would have capitulated. After all, sanctions have been an effective tool for getting Iran to the negotiating table. Now we are at the table, and we need to stay there to complete the agreement.

We also cannot allow the negotiations to be hamstrung by unreasonable demands, such as those being made in a letter by Senators Bob Menendez and Lindsay Graham. If we undermine the diplomatic efforts, Iran can be expected to return to its former nuclear activities.

But even more importantly, we will lose the inspections that allow us to monitor those activities. Nothing could be more dangerous. Without inspections, with no idea of how Iran’s nuclear program is proceeding, we will be operating without information essential to our national security.

Not surprisingly, those who pushed us into war in Iraq are calling for military engagement with Iran. After more than a decade of war and so many lives lost – all without truly advancing our national security – this call to abandon diplomacy and a rush to war again are truly implausible. We’ve been down that path before. If there’s one thing we have learned from Iraq and Afghanistan, it’s that military conflicts have unexpected consequences. In the case of Iran, U.S. military action could very likely force Iran’s nuclear program underground and unite Iran’s leaders and people in a dash for the bomb.

The nuclear talks represent a critical opportunity to prevent a nuclear-armed Iran, protect U.S. security, and prevent another war. We must give these talks adequate time to succeed.

Ultimately, what would you choose? Another war, a nuclear-armed Iran, or another four months of talks for the chance for peace and security?

Topics: Iran
Next entry »Krugman: It's starting to look like a recovery
« Previous entryFareed Zakaria answers your questions

Next entry »Krugman: It's starting to look like a recovery
« Previous entryFareed Zakaria answers your questions