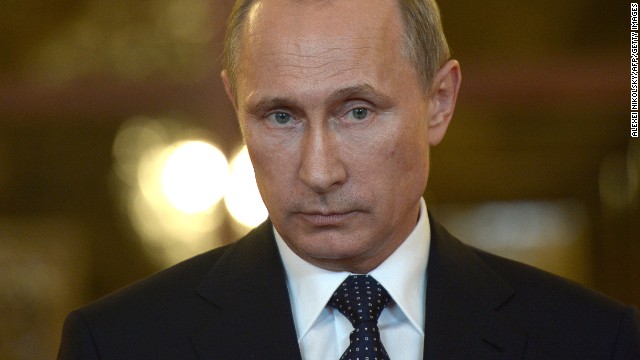 CNN speaks with Fareed about the downing of Malaysian Airlines Flight MH17 and how the West should respond to Russia’s alleged role in assisting pro-Russian militants in Ukraine.

Is Russian President Vladimir Putin getting increasingly isolated, do you think, at this point?

He is getting isolated internationally, though you will notice that many European countries have still been very, very reluctant to confront him directly and to publicly demand that Russia do things. The Malaysian government has not done it. Russia is a big country, it has a United Nations veto, and most importantly, he still has a great deal of support at home.

So, while he's getting more isolated internationally, it isn't clear that the domestic pressure, which is what he worries about, has risen at all.

As you point out, it's his domestic constituency that he cares about most. But given that you've suggested that he’s getting increasingly isolated, what do you think the consequences of that are, so far as his relationship with the international community is concerned?

Remember, Russia is not Iran. Russia is a country that needs foreign investment. It sells its debt on foreign markets all the time. And so there are ways in which the Russians have to deal with the world and need the world. So, Europe has many strong cards in this regard. If the Europeans were to decide to push harder on economic sanctions, it would have a very important effect. Putin does care about all that, because Russia is integrated into the world economy. That is the leverage Europe has.

Next entry »A rival to the World Bank?
« Previous entryZakaria: Russian news in alternate universe