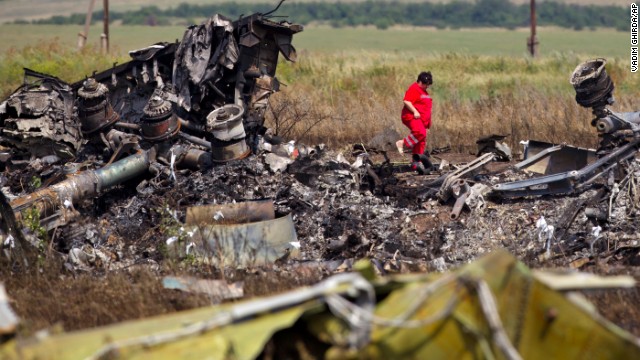 Russia on defensive over MH17 tragedy

CNN’s New Day speaks with Fareed Zakaria about the politics of the Malaysia Airlines crash, the state of the investigation, and why Russia looks to be on the defensive. This is an edited version of the transcript.

I listened to the interview closely. I thought it was unfortunate…What struck me about what Senator McCain was saying is that it seemed needlessly partisan. By which I mean he said President Obama should lead, he said he should name Putin specifically and hold him responsible.

So, yes, there are areas where the United States could do better. But you know it would help in our dealings with our allies, and with the Russians, if the president seemed to be speaking for the country and had the backing of Congress behind him. And instead, what struck me about this was it was turned into just one more of the kind of unending series of partisan wrangles in Washington.

The black boxes have been turned over from the pro-Russian rebels, the bodies now moved out of the crash site region, investigators allowed on site. And then you have statements from Vladimir Putin himself to his national security team, reported by Reuters, saying the world has been pressuring him to force the pro-Russian rebels to allow investigators on the scene. Is this what it looks like when Putin is conciliatory? Is this the extent that he might ever do, caving just a little bit?

There's no question he's on the defensive. He has already made concessions I'm sure that he was reluctant to make – the black boxes were turned over, the bodies were turned over. The pro-Russian rebels in the eastern Ukraine have clearly given the ground. They've allowed the site to be under international supervision and inspection. And, most importantly, what you notice here is that the Ukrainian government is taking this opportunity to try to seize control of many of the areas of the country that they have lost control in.

And Putin isn’t fighting back. He's not resupplying the rebels as far as we can tell.

There have been reports of shelling near the crash site. Is that smart for Ukraine to be taking this opportunity, while they are still trying to move the bodies out of there to then be shelling to try to regain control of the area?

I think they're feeling probably that this is a moment where Russia is defensive, this is when Putin will not do something and they’ve been trying to take control of this area.

I have a lot of sympathy for the Kiev government. I think if they were to wait a month, who knows what Mr. Putin's reaction would be? But you're seeing not a conciliatory Putin, but a Putin who is on the defensive.

And you watch the videotaped message he sent and he looks very different. When I met with Putin, I was struck by the fact that he's an aggressive, intense guy. He sort of leans forward. He's almost punching you verbally.

This was a very different guy. He was a little dazed, he's pasty-faced, he seemed different. But you know, you still have the same chip on his shoulder. You always have a chip on his shoulder. He always feels like the West is out to get Russia. That plays well in Russia. He's tapping into a sense of Russian, call it inferiority, call it encirclement. And that's part of the reason with all that's going on – his popularity hasn't gone down in Russia.

Don't we have to lock down the situation and get an investigation before it's too late, so we have real proof of innocents being killed in a conflict and there being accountability?

If there’s going to be a change of heart in Europe, if there’s going to be a sense of seriousness on Europe's part that they have to do something, it will probably be spurred by the humanitarian nature of this crisis, which is to say, when the European public sees and understands what happened to these innocents, so many of them come from one country.

If that moves the Dutch to take a tougher position, if it moves them to go into the councils of NATO and the European Union and ask for a stronger response, we might begin to see a turning of the tide. And in a longer term sense, if it makes them ask themselves, do we really want to be satellites so energy dependent on a willful and aggressive and expansion in this country?

That is where you’ll begin to see a lasting change. It will not come from the high politics of Obama’s showing leadership, but from the sense of the European public that this had been a wake-up call. The investigation becomes crucial because it will establish without a shadow of doubt what happened.