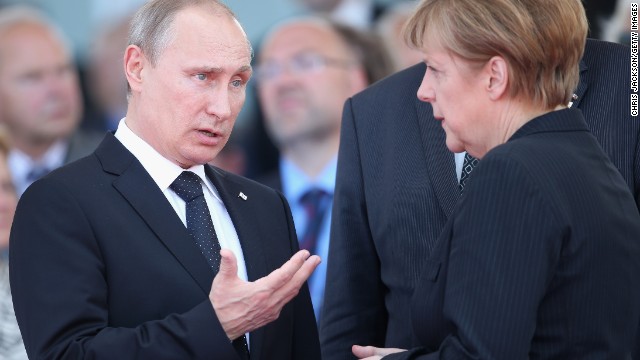 Why Europe is wary over Russia sanctions

CNN speaks with Fareed Zakaria about the U.S. and European responses to the downing of Malaysia Airlines Flight MH17. This is an edited version of the transcript.

President Obama is facing pressure, from Democrats and Republicans, to really up the ante. But the United States can only do so much because it's not one of the main trading partners with Russia. Germany, as you know, is the biggest European trading partner with Russia – 36 percent of its natural gas and almost 40 percent of its oil comes from Russia. If you're German and you put tough sanctions on Russia and they retaliate, your people are going to be really upset this winter.

It’s not only Germany – that’s just one perfect example. So Germany, as you say, would literally not be able to heat its homes. Remember, Chancellor Angela Merkel just said no nuclear – after Fukushima, she said the country was going off nuclear. So that means an even greater dependence on natural gas.

The Netherlands is another major Russian trade partner – Rotterdam is a place that imports more Russian oil than any place else in the world. They import it, they refine it, and then they sell it. Shell, the big Dutch company – a kind of iconic company – has huge investments in Russia.

So the Europeans have over the last decade, as Russia has grown as an oil country, gotten themselves so intermeshed that it's very tough for them to do it.

There is also a lot of criticism being heaped on France, because France is going with a major warship sale. And Russia, obviously, is a huge arms exporter.

And everybody picks on Europe, but Russia exports not just oil and gas, but of course its arms and weapons. So we looked up who are the biggest buyers of Russian weapons: India and China. I think it's safe to say, China is not going to have anything to do with any kind of sanctions. And what about India?

I think 80 percent of Indian arms come from Russia. Another country to look at that hasn't criticized or condemned Russia, very interestingly, is Israel. Remember, it has a Soviet-born foreign minister, Lieberman. The countries have been forging closer ties.

So if you notice, this is different from Iran and Syria. Russia is a big global power. It has a U.N. veto. It has its tentacles all over the world and lots of countries are putting their national interests over international or humanitarian interests.

Topics: Europe • Russia
Next entry »The EU is the world’s great no-show
« Previous entryWhy Qatar could be key to a Gaza ceasefire