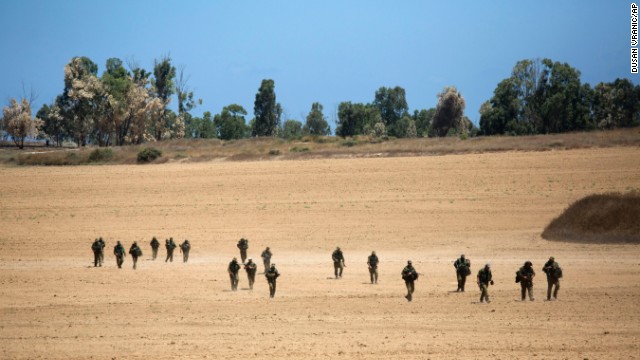 Why Qatar could be key to a Gaza ceasefire

By Sultan Barakat, Special to CNN

Editor’s note: Sultan Barakat is director of research at the Brookings Doha Center and Senior Fellow at the Brookings Center for Middle East Policy. The views expressed are the writer’s own.

Egypt has long been viewed as a key player in the Middle East peace process – a major Arab country willing to engage with Israel while endeavoring, however begrudgingly, to advance the interests of the Palestinian people. But as the Israeli military campaign on the Gaza strip continues, it is becoming increasingly clear that Egypt’s new government might not be in a position to broker a ceasefire this time around. Indeed, Western powers might find themselves having to look for help from a different partner: Qatar.

Under President Abdel Fattah el-Sisi, Egypt has proven more adept at securing the backing of politicians and diplomats in Tel Aviv, Washington and New York for a peace initiative than it has at reaching out to Palestinians. This is especially the case as far as the leaders of Hamas in Gaza are concerned, many of whom only learned of the ceasefire proposal through media reports.

And while Hamas rejected the agreement “in its current form,” Cairo has shown seemingly little interest in genuinely appreciating Hamas’ take on the causes of the conflict or modifying the terms of the proposed ceasefire to address the longer term issues. In fact, Egypt under el-Sisi has attacked the Islamist group as part of its relentless crackdown on the Muslim Brotherhood, with former Brotherhood President Mohamed Morsy removed from power and put on trial, hundreds of his supporters killed, and thousands more imprisoned. Over the past year, Hamas has been vilified in both official statements and public opinion, with its members banned from Egyptian soil, the Rafah border crossing between the two countries effectively shut, and hundreds of smuggling tunnels destroyed – blocking the supply of food, fuel, construction material and medicine along with weapons.

As Israeli air raids, rockets and artillery fire demolish entire neighborhoods in Gaza, and a ground invasion drives the death toll for the strip over 600, Egypt’s government has kept the border crossing firmly shut, even to an aid convoy of activists and medical volunteers – ensuring that Gaza remains cut off from the world on all sides. Some 118,000 Palestinians are now displaced within the confined space of the Gaza Strip, and the U.N. Relief and Works Agency for Palestine Refugees is said to be fast running out of supplies.

The pretense that Egypt is mediating between two equal, warring parties is untenable given the stranglehold the seven-year blockade has placed on the Gaza Strip and the horrendous destruction visited upon the enclave time and again by Israel’s armed forces, each time with relative impunity.

Hamas has no interest in a ceasefire that prolongs this state of affairs, and has little reason to trust that the el-Sisi government will follow through on promoting vague commitments to freeing the enclaves borders, especially after a previous initiative – brokered by the far more sympathetic Morsy government – accomplished little more than freezing in place Gaza’s status quo misery.

Yet Egyptian officials have rejected the idea that any proposal other than Egypt’s could help bring an end to the bloodshed in the enclave. Foreign Minister Sameh Shukri issued a stern warning last Thursday to what he termed the “Hamas-Qatar-Turkey” axis, accusing the three parties of undermining Egypt’s role in the region after news circulated that they were discussing an alternate deal.

But while the Egyptian and Qatari governments have been at loggerheads since the overthrow of Morsy, the al-Sisi government and supporters of its ceasefire initiative must be willing to offer Qatar a role in mediation. Indeed, even governments and organizations that have backed the existing proposal – the United States, France, the United Nations – have reached out to the Gulf emirate, recognizing that Qatar is one of the few regional actors that have maintained strong ties to (and perhaps influence over) Hamas’ leadership.

True, Qatar’s mediation record is mixed, with initiatives to resolve conflicts in Yemen, Lebanon and Darfur often generating more press excitement than durable solutions. Yet while Qatar’s hyperactive foreign policy during the Arab Spring has undermined its reputation for impartial mediation, and has at times aggravated regional powers (Saudi Arabia, the United Arab Emirates, and Bahrain all withdrew their ambassadors from Doha in March over the emirate’s perceived intransigence), the country remains a capable intermediary for dealing with some of the region’s more unsavory characters.

Qatari envoys reached out to al Qaeda affiliate Jabhat al-Nusra in negotiating the release of the nuns of Maaloula, and it was Qatar that served a go-between for U.S. negotiations with the Taliban in the recent prisoner swap that freed U.S. Army Sergeant and POW Bowe Berghdahl. Just this past Sunday, Doha received visits from both U.N. Secretary General Ban Ki-Moon and Palestinian Authority President Mahmoud Abbas, while Abbas and Doha-based Hamas leader Khaled Meshaal met separately.

However, Qatar – particularly Emir Tamim and Foreign Minister Khaled al-Attiya – will require support if it is to serve as more than a “communication channel,” as al-Attiya put it on Sunday. Those members of the international community eager for Qatar to “lean on” its contacts within Hamas need to be willing to run diplomatic interference for Qatar both within the Gulf, where a spat is already brewing over Qatari media allegations of the United Arab Emirates conspiring with Israel against Hamas, and with Egypt, which since the time of Mubarak has viewed Qatar’s mediation attempts in the region as trespassing on traditional Egyptian territory.

The reality is that the current crisis requires a regional response if diplomatic maneuvering is to serve as anything more than a smokescreen for continued bloodshed and demolition in the Gaza Strip. With the United Nations and the United States increasingly uneasy about the magnitude of the destruction brought by Israel’s campaign of collective punishment, decrying Hamas’ actions from afar will do nothing to help convince them to come to the negotiating table. Qatar has kept these channels of communication open – it’s time to use them.