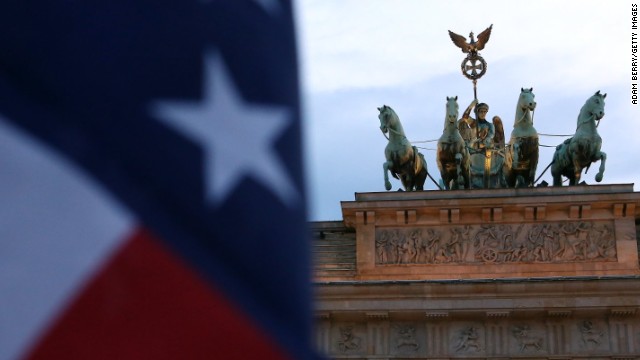 Did NSA snooping hurt U.S. image? Not so much

It is conventional wisdom among many pundits and opinion leaders that recent revelations of spying by the U.S. National Security Agency have deeply scarred America’s reputation abroad. The problem with such a narrative is that recent public opinion data paint a far more nuanced picture. True, foreigners don’t like that Washington spies on them and their leaders, and such NSA activities have eroded America’s soft power standing as a preeminent defender of personal freedoms. But there’s no evidence that the NSA’s recent behavior has sparked a general rise in anti-Americanism around the world.

Make no mistake about it. Publics around the world aren’t happy about NSA spying. In 37 of 43 nations outside the United States that were surveyed recently by the Pew Research Center, majorities say American surveillance of ordinary citizens in the respondent’s country is unacceptable. This includes 97 percent in Greece, 94 percent in Brazil and 91 percent in Egypt, Jordan and Tunisia. But it also includes opposition by important U.S. allies: 87 percent of Germans, 85 percent of Japanese and 70 percent of the British.

There’s similar public opposition to U.S. spying on the respondent’s national leaders. Majorities in 34 countries find such action by Washington to be offensive. This sentiment is particularly strong in Germany, where the American government allegedly listened in on German Chancellor Angela Merkel’s cellphone conversations. But there are similarly overwhelming objections in Egypt, Jordan, Lebanon, Venezuela, Greece and Brazil.

Publics around the world also generally oppose Washington’s surveillance of Americans. Majorities in 26 nations say it is wrong. But such opposition is less intense than criticism of U.S. spying on non-Americans, while majorities in the Philippines, Nigeria and Uganda actually back Uncle Sam’s electronic oversight of Americans.

Spying on suspected terrorists is another matter. Majorities in 30 countries surveyed voice the view that electronic oversight of alleged terrorists is acceptable. Israelis, Italians and Kenyans are particularly supportive, as are roughly eight-in-ten Russians and Tunisians. Notably, Germans, who are particularly incensed about American spying on both Merkel and on ordinary German citizens, have few qualms about U.S. eavesdropping on alleged terrorists: 70 percent support such efforts.

But U.S. spying has tarnished America’s image as a staunch defender of the personal freedoms of its own people, long one of the positive attributes of U.S. soft power.

Admiration for America as a defender of such civil liberties has dropped significantly in 22 of 36 nations where there is comparable data for 2013 and 2014. NSA actions have particularly hurt the U.S. reputation in Brazil, where belief that Uncle Sam respects Americans’ freedoms is down 25 percentage points, and in Germany, where it is down 23 points. Drops of 20 points or more are also found in El Salvador, Pakistan, Argentina, Spain and Russia.

Still, half or more of the public in 33 of 44 nations surveyed still think that Washington safeguards Americans’ freedoms. And the U.S. image as a protector of personal liberties remains quite strong in a number of Asian nations: South Korea, Philippines, Japan and Vietnam; and also in the Middle East, in Lebanon and Israel.

NSA spying has also helped erode President Obama’s standing in some countries. A median of 56 percent in the 43 countries outside the United States have confidence in Obama to do the right thing in world affairs, largely unchanged from last year. But his image is down 17 percentage points in both Germany and Brazil, again the countries where Obama administration’s alleged spying on their leaders was a major domestic issue.

But revelations of NSA snooping have had no appreciable effect on America’s overall standing in the world. A global median of 65 percent see the United States in a favorable light. And the global public’s judgment of the United States is largely unchanged from 2013.

The biggest dip in the U.S. image is in Russia, where it is down 28 points since 2013. But that is likely to be largely driven by the confrontation over Ukraine. U.S. favorability is down 8 points in Brazil, which may be a casualty of the NSA spying. But 65 percent of Brazilians still hold the U.S. in high regard. Only just over half of Germans see America in a positive light, down 13 points since 2009, but that decline began well before the NSA revelations, reflecting a more complex set of German emotions about the U.S.

The efficacy and morality of NSA spying will be widely debated for years. It is clear that most publics around the world oppose it and that it has damaged America’s soft power image as a defender of personal freedom. But foreigners’ opinions about the United States are driven by numerous issues. And, to date, there is no evidence that widespread revulsion against NSA spying is fueling a new rise of anti-Americanism.

Next entry »How to view a changing Cuba
« Previous entryWhat I'm reading: A Chinese Gold Standard?