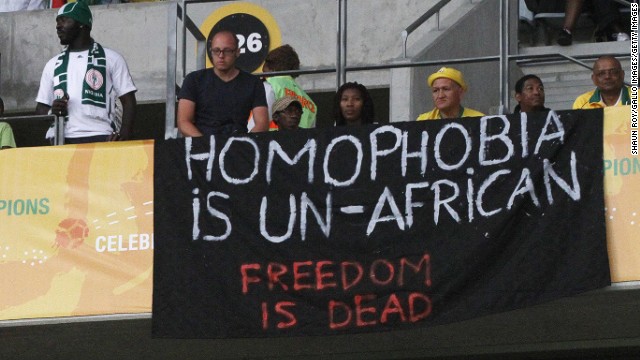 By Sarah Margon, Special to CNN

Editor’s note: Sarah Margon is the Washington director of Human Rights Watch. The views expressed are her own.

As he stood before Ghana’s parliament in July 2009, President Barack Obama set out some guiding principles to underscore his interests in Africa. “[G]overnments” he said, “that respect the will of their own people, that govern by consent and not coercion, are more prosperous, they are more stable, and more successful than governments that do not.”

About a month earlier, as he stood before an audience of Egyptian university students, President Obama said something similar, noting that, “[g]overnments that protect [basic] rights are ultimately more stable, successful and secure. Suppressing ideas never succeeds in making them go away.” Even in his 2013 speech in South Africa, President Obama asserted that “[g]overnments that respect the rights of their citizens and abide by the rule of law do better, grow faster, draw more investment than those who don’t.”

But now, with some 45 African heads of state to arrive in Washington for a groundbreaking summit that begins Monday, the administration appears to have gone for a more traditional approach. Instead of making good on these aspirational goals and integrating them into the wider summit agenda, the Obama administration has set the tone by excluding human rights organizations from official meetings and keeping human rights off the agenda.

Summits are usually stage-managed, so as to avoid any unwelcome diplomatic surprises. But at a time when at least a dozen governments across the Africa continent are adopting laws and policies that threaten the very existence of independent media and nongovernmental organizations, including LGBT groups, the administration’s decision to sideline independent groups and human rights issues sends a terrible message.

Ethiopia, a close U.S. security partner, is a good example of just how bad things are. The government has systematically closed political avenues for peaceful protest, jailing or forcing opposition leaders, activists, and independent journalists to flee the country simply for exercising their right to speak openly and to criticize their government. The passage of the Charities and Societies Proclamation in 2009, along with other oppressive laws, has compelled the country’s most effective human rights groups to close down, substantially scale-down operations, or remove human rights activities from their mandates.

In Rwanda, almost no independent voices are speaking out. Journalists and activists who criticize the government have been threatened, prosecuted, imprisoned, forced into exile or even murdered. The Rwandan government’s hostility toward human rights organizations, as well as intimidation of human rights defenders, has greatly weakened independent voices. Jean-Léonard Rugambage, for example, a journalist with the independent newspaper Umuvugizi, was shot dead outside his house in the Rwandan capital, Kigali, on June 24, 2010.  Rugambage had been investigating sensitive cases, including the attempted murder of a prominent government opponent, Kayumba Nyamwasa, in South Africa earlier that month. While Rugambage’s editor fled the country after the paper was shut down in April 2010, Rugambage elected to remain – and paid dearly for doing so.

Finally, in Uganda, the debate around presidential succession, accountability of public resources, governance, and other politically sensitive topics is increasingly constrained. The adoption of an anti-homosexuality law in February 2014 criminalized the “promotion of homosexuality” and had far-reaching implications beyond the increase in punishment for same-sex conduct. A person could be imprisoned simply for expressing a peaceful opinion while a human rights organization could potentially face charges for advocating non-discrimination. Thankfully, Uganda’s Constitutional Court on Friday struck down the law, but that does not change the fact that this law was passed in the first place.

Yes, the Obama administration does make public statements criticizing such repressive acts, including most recently after 10 Ethiopian bloggers and journalists were charged last month with crimes under the country’s anti-terrorism law. These statements are important, but they don’t reflect a broader policy approach that could help get bad laws repealed or substantially amended.  And there is often little to give countries that take such actions any concern about possible consequences, particularly when security assistance continues to be plentiful, as it is in Ethiopia and Uganda.

Ugandan President Yoweri Museveni’s signing of the draconian anti-LGBT bill did generate a U.S. response, but it was long overdue and really only the tip of the iceberg.  Similarly, while the United States is now watching – and sometimes commenting – on Rwanda’s repressive environment, there is virtually no opposition element left in the country to support.

Sustainable support to Africa – and to African people – demands that the administration be explicit in its messaging and its policy implementation when it comes to promoting and protecting human rights.  Surely one of the most important lessons learned from the uprisings in the Middle East and North Africa is that tradeoffs at the expense of human rights and the rule of law are untenable and that they do not yield greater security and stability.

A three-day summit isn’t going to reverse the repressive nature of many African governments. But had human rights been included in the official agenda, civil society groups at the summit could have shown that rights and the rule of law are crucial for trade, investment, and security. Ultimately, including this vital component would have made for a more effective summit and a more a sustainable Africa policy.

Next entry »Sikorski: New Europe sanctions 'will get President Putin's attention'
« Previous entryWelcome to an amoral world without just wars