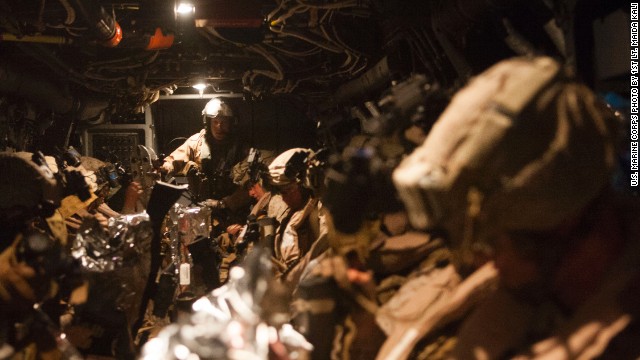 What Libya says about intervention

By Matthew Waxman, Special to CNN

Editor’s note: Matthew Waxman is the Liviu Librescu Professor of Law at Columbia Law School, adjunct senior fellow at the Council on Foreign Relations and a member of the Hoover Institution Task Force on National Security and Law. The views expressed are his own.

Last month, American diplomats and Marines were evacuated from Tripoli. The 2011 international coalition intervention in Libya was supposed to be a step forward for the Responsibility to Protect doctrine – the notion that if a state fails to protect its citizens from mass atrocities, it becomes the international community's responsibility to do so. Tragically, the current collapse of governance and bloody infighting among factional militias there will instead result in a step backwards for this important principle.

Back in March 2011, the U.N. Security Council passed Resolution 1973, which imposed a no-fly zone and authorized member states to "take all necessary measures" to protect civilians under vicious attack from Moammar al-Gadhafi’s government. The resolution passed with 10 votes in favor and five abstentions, including by permanent members Russia and China. In authorizing force, the U.N. Security Council cited the Libyan government’s betrayal of its responsibility to protect its population. Many advocates of intervention saw this as especially significant because Russia and China, as well as many ex-colonial states of the global South, had generally resisted such infringements on the sanctity of state sovereignty.

During and immediately after the ensuing military intervention that ultimately helped dislodge the odious Gadhafi regime, commentators made two exaggerated claims – in opposite directions. To some proponents of the Responsibility to Protect doctrine, this was a defining moment of advancement, although such a claim overstated the precedential value of Security Council consensus on a uniquely isolated government that even the Arab League had shunned.

To some critics of the intervention, on the other hand, NATO and the United States had overplayed their hand by taking a limited U.N. Security Council authorization of protective force and pursuing all-out regime change, thereby provoking the ire of Russia and China, who claimed a bait and switch. But this claim overstated Russia and China’s surprise that the objective of NATO intervention was to support Gadhafi’s overthrow – they knew what they were voting for, but saw this as an opportunity to exact diplomatic costs and send signals about cases like Syria that they cared more about.

True, there was an element of truth in both claims, but both also reflect a rush to judgment – the practical results of actions matter greatly, especially in the eyes of governments weary of war or skeptical of the intentions of major military powers.

Advocates of international legal reform have a particular tendency to focus on formal expressions of support or dissent – Security Council or General Assembly votes, for example – in measuring the progress of international norms. Yet the success or failure of normative developments depends heavily on results. Indeed, one of the very arguments leveled by states hostile to, or skeptical of, the Responsibility to Protect is that outside military intervention is likely to sow turmoil. That’s what makes the current Libyan collapse and militia warfare so tragic, not only for its population and region, but for the ideals that justified intervention.

Among Western governments and elites, the 1999 Kosovo intervention generally represents today an idea that a military intervention can be morally justified, even if not formally legal under international law. The 2003 Iraq War is, by contrast, often viewed as standing for the dangers of preemptive or preventive war.

However, in both cases, the U.N. Security Council membership – and the community of states generally – was sharply split at the time, and the outcome of those interventions greatly shaped the way they are viewed today. For example, imagine if instead of establishing conditions for peace accords, NATO’s Kosovo intervention had gotten bogged down in a long-term civil war. On the other hand, imagine if U.S.-led coalition forces had found that Saddam Hussein’s regime was readying a nuclear bomb under the noses of U.N. inspectors, or if its overthrow had paved the way to a stable democracy. Many governments would not be so quick today in dismissing preemptive self-defense against rogue states as reckless.

So what does all this suggest about Libya?

The reality is that the legacy for international norms of military intervention is still being written and it is unclear how, looking back, the Libya “model” will be viewed. That being said, it is hard to imagine the failure of the intervening powers to either predict the current chaos or invest in necessary follow-up to prevent it will prove to have done anything to strengthen the case for military intervention in the future.