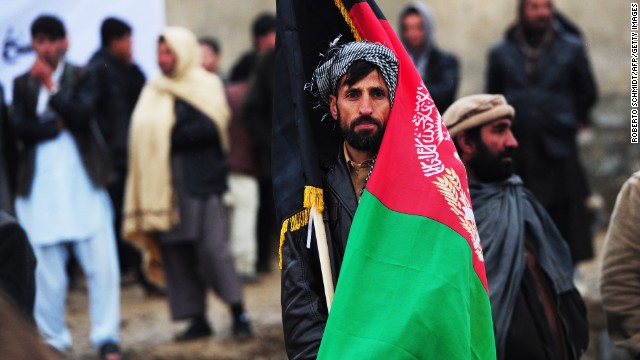 Without shift in Afghan strategy, Taliban only winners

By Scott Smith, Special to CNN

Editor’s note: Scott Smith is director of Afghanistan and Central Asia programs at the United States Institute of Peace. The views expressed are his own.

This week’s attack at an Afghan military academy, which claimed the life of a U.S. general and more than a dozen troops, brought back like a recurring nightmare a problem that seemed for a while to have been solved – so-called green on blue attacks on U.S. and allied forces by disgruntled Afghan soldiers or Taliban infiltrators.

The assailant had reportedly served at the academy for over two years. But regardless of his individual circumstances, it is difficult not to connect this killing with other signs of growing insecurity – a United Nations report citing a 24 percent increase in civilian casualties, a rise in Taliban attacks, and a number of recent political assassinations – to the political wrangling over the presidential election. After all, the election was supposed to produce the first democratic transfer of power in the country’s history, but has instead turned into a quagmire. This unending dispute is fraying the fragile political coalition that has held Afghanistan together since 2001, while emboldening the enemy and testing the patience of the international community.

Since the U.S. toppled the Taliban in 2001, hundreds of billions of dollars have been spent to rebuild Afghanistan. A political collapse would eviscerate that investment, hurt the emerging generation of modern Afghans, and raise the question of whether Afghanistan can ever be saved from its political demons. The damage to U.S. prestige would be incalculable.

The political crisis was set off by the second round of the presidential election, launched in June. Unofficial early reports indicated a large victory for the reformist technocrat Ashraf Ghani over his rival, former Foreign Minister Abdullah Abdullah. Ghani had trailed Abdullah in the first round, when eight candidates ran.

The election commission’s preliminary official results gave Ghani a million-vote lead, but with a surprisingly high total of 8 million votes – less than 7 million had voted in the first round. Abdullah accused the commission was involved with committing fraud. His activists took to the streets, with one of his powerful regional backers threatening to declare a “parallel government.”

These troubling omens prompted U.S. Secretary of State John Kerry to travel to Kabul, and his mediation saw Abdullah agree to cooperate with the counting process in exchange for a guarantee that the next president would share power with the loser, and that the vote would be audited under international observation.

But the audit agreement was unclear on crucial issues such as how to determine valid votes, whether invalid votes would be excluded, and who was responsible for deciding on all this. The United Nations intervened to clarify the murky issues left by Kerry’s mediation, and U.S. President Barack Obama invested his personal prestige by calling both candidates a number of times, urging them to respect the agreements already made.

But this is no longer simply about the election. And, thanks to a number of poor decisions taken last year, the future of international support to Afghanistan is at stake. Why?

For a start, President Hamid Karzai left to his successor the signing of the bilateral security agreement he negotiated with the U.S. The agreement provides the legal basis for U.S. and NATO troops to stay in Afghanistan beyond 2014, troops that will provide essential enabling support to Afghan soldiers who are on the front line and ranged against an increasingly menacing Taliban.

Second, President Obama stated that if the BSA is not signed this year, all U.S. troops will leave by the end of 2014. This places a logistical deadline sometime in the fall to begin an accelerated withdrawal. Meanwhile, the administration’s decision to withdraw all U.S. troops by the end 2016 saps the confidence of Afghans in an internationally-backed future. Afghan troops themselves must increasingly wonder whether it is worth fighting for a government that cannot figure out who should lead it, and whether it will be supported by the U.S. after 2014.

As in a Greek drama, each player follows their own strategy, but the combined effect is tragic. The candidates fight over ballots. The U.S. remains committed to a withdrawal timetable, regardless of consequences. Karzai nurses old wounds and still refuses to sign the BSA. And as all this unfolds, the Taliban is taking advantage of the political paralysis and uncertainty. This week’s attack, on the outskirts of the capital, is simply the latest, tragic evidence.

There is, however, a solution, but it is one that requires compromises by those who have a stake in a stable Afghanistan.

It is clear that Karzai should sign the BSA immediately, while the Obama administration should reconsider its troop withdrawal timeframe, basing it instead on clear conditions on the ground rather than an abstract timetable. And the two candidates should also agree to abide by the result of the audit on the United Nations’ terms.

The only ones who don’t have to change their strategy to come out on top are the Taliban.