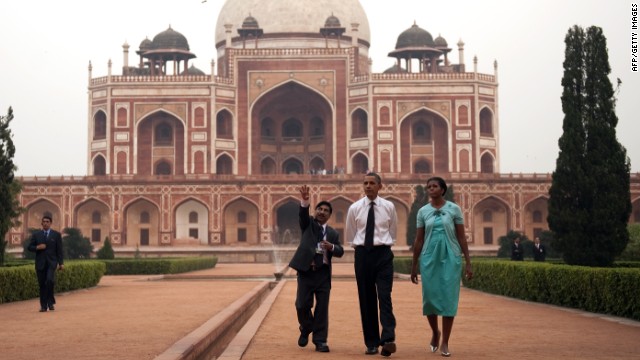 Time is right for U.S. to boost India ties

Editor’s note: Robert M. Hathaway is director of the Woodrow Wilson Center’s Asia Program, in Washington, DC. The views expressed are his own.

After a rough patch in bilateral relations, India and the United States have reengaged in a big way.  The U.S. secretaries of state and commerce, John Kerry and Penny Pritzker, were in India last week, while U.S. defense secretary Chuck Hagel arrived in New Delhi on Friday. In September, India’s new prime minister, Narendra Modi, visits Washington.

Yet for all the diplomatic flurry, the two countries have yet to embrace a common agenda that would lay the groundwork for what President Barack Obama has called “one of the defining partnerships of the 21st century.”

Responsibility for this failure lies with both sides. Until Modi’s sweeping electoral triumph a few months ago, New Delhi had been paralyzed with indecisiveness for several years. In Washington, the Obama administration has never convincingly explained where and how India fits into America’s broader geopolitical vision. Doing so should therefore be Hagel’s top priority during his upcoming trip to India.

One of the hallmarks of Obama’s foreign policy has been the rebalance or “pivot” to the Asia-Pacific.  To create the basis for a long-term Indo-American partnership, but also for reasons having nothing to do with bilateral U.S.-India ties, the administration needs to flesh out how the world’s second most populous country fits into the rebalance. After all, it is difficult to imagine a coherent U.S. approach to Asia that does not give Asia’s largest democracy a central role.

Is India even on Washington’s Asia-Pacific map?

Here the administration has been quite explicit. While secretary of state, Hillary Clinton defined Asia-Pacific as reaching “from the Indian subcontinent to the western shores of the Americas,” a geographical construct other senior officials have since repeated.  On the eve of their trip to India last week, Secretaries Kerry and Pritzker published a newspaper op-ed noting that India’s rise would help the “Indo-Pacific” – not “Asia-Pacific” – region become more stable, prosperous, and free.

The Pentagon’s press spokesman has told reporters that Hagel’s meetings in India will focus on the “converging interests” of India and the United States in the Asia-Pacific.  The list of topics where the two countries share interests, and where they might work together, features many of the issues each most worries about.

Energy-dependent India has as great a stake in keeping open the global sea lanes as the United States. Both, meanwhile, face a threat from terrorism, from the spread of weapons of mass destruction, and especially from the leakage of dangerous WMD technologies to terrorist groups. Both want a passably stable Afghanistan following the end of U.S. combat operations later this year.

Defense cooperation offers another promising venue for drawing India more deeply into the rebalance.  Pentagon officials have said they are ready to move forward on co-production and co-development proposals. Joint research into new defense technologies and platforms, perhaps including drones and missile defense, would combine India’s IT savvy with America’s high-end manufacturing strengths. Defense sales also hold promise;  Delhi wants greater access to sophisticated U.S. weapons, and American arms producers are keen to further penetrate the Indian market. A renewal of the current framework agreement governing U.S.-India defense relations, which expires next year, would constitute a substantive as well as symbolic step forward.

Many analysts have described the U.S. rebalance as a response to the extraordinary strides China has made in recent decades. And the reality is that India has yet to get over the humiliating defeat it suffered at the hands of the Chinese in the early 1960s, and fears that Beijing has designs on Indian territory. So a partnership designed to check Chinese ambitions would be attractive to many Indians.

True, New Delhi, uncertain of U.S. staying power, will be cautious about being drawn into a policy that seems to target Beijing. But this doesn’t mean that India needs to be persuaded of the utility of playing a more prominent role in Asian affairs – Modi and Japanese Prime Minister Abe enjoy close personal ties, and Modi is to visit Japan later this month. Indian warships recently joined the U.S. and Japanese navies in exercises off the Japanese coast.

The Obama administration has been at great pains to insist that the rebalance is not simply, or even primarily, a military policy.  Involving India more comprehensively in the discussion of regional and global political challenges would reinforce this point. And while this will not be part of Hagel’s agenda, progress in addressing some of the many bilateral economic and trade disagreements that mar the relationship would help clear the way for ultimately getting India into the Trans-Pacific Partnership, the economic centerpiece of the rebalance.

"The United States and India can and should be indispensable partners," Kerry said last week, before cautioning: "The words are easy; it's the actions we need to take that will really define the relationship."

Consciously or otherwise, the U.S. secretary of state has set forth the task awaiting his cabinet colleague. If the rebalance is to be more than a passing fad, Washington must incorporate India into its central structure.  And if India is to achieve its ambitions to be something more than merely a subcontinental power, it must be prepared to act as a great power in East as well as South Asia. ​​