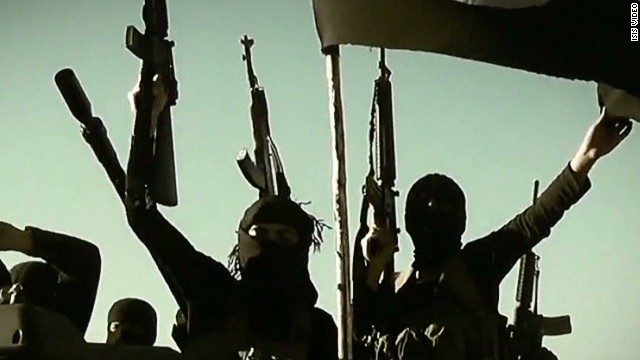 Zakaria: ISIS may be most significant terrorist organization we’ve faced

CNN speaks with Fareed Zakaria, traveling in Bodrum, Turkey, about recent developments in Iraq. This is an edited version of the transcript.

What do you make of the growing international alarm over the Islamic State of Iraq and Syria (ISIS)?

The level of concern about ISIS is very deep, and very different from what I heard only a few months ago. There’s a sense that ISIS has become what al Qaeda always wanted to be. Remember, the world al Qaeda means base. Since 2001, al Qaeda really hasn’t had a base. It's been running around in mountains and caves.

ISIS is developing a very large, deep and sophisticated base. It has a financial base, by some estimates making $1 million a day. It has the ability to sell oil and wheat at a bargain. And of course it has this extraordinary military capacity. That military capacity is morphing in the wake of American air strikes. It’s moving from an open ground strategy, taking towns, to a guerilla strategy, hiding within towns. A kind of Hamas strategy. But all in all, if you look at that this, this is the most significant terrorist organization I think we’ve really ever faced.

It's an alarming thought. You mentioned it has a military base there, but it also has a base of support. It represents something for Sunnis.

That's the core of it in a sense because they’ve been able to take so much land and move within the population. You know Mao Tse Tung of China always said that gorillas swim like fish in the water, meaning that they have to be people, the locals have to be friendly otherwise they're not going to be able to stay there.

For many Americans, the beheading of James Foley brought ISIS into focus, although U.S. officials, as you mentioned, and others have been concerned about this for some time. Now that the U.S. is considering more military action, is it safe to say that the U.S. is at war with ISIS? And in the region do you find that because of the concern there, that others are willing to join the U.S. in a real fight against ISIS?

I think now I'm beginning to sense that awareness and that willingness. Look at Turkey, for example. In some ways the ISIS problem was fuelled by Turkey. The Turks began their opposition towards the al-Assad government in Syria saying we don't want al-Assad. We’re going to find a moderate opposition. They tried to stand up a moderate opposition, they essentially created the Syrian Free Army. It didn't really go anywhere. These guys weren't great fighters, they weren't able to fight. At that point, the Turks decide out of frustration to just let anyone into Syria. And that strategy of letting anyone in fuelled the worse kinds of people going into Syria and forming and building what is now ISIS.

So everybody now has had a kind of wakeup call. There are many, many debates about what you can do and how you can do it because ISIS is strong enough that air strikes alone are not going to defeat it. Fighting it from Iraq alone probably won't defeat it. The real challenge is what do you do in Syria? You don’t have powerful, capable moderate forces. The only force that is battling ISIS in Syria of any note is, of course, the army of al-Assad, the government of Syria.

And the United States and Turkey are both deadly opposed to it. So that's the strategic conundrum. We don't quite know how to get at ISIS in Syria. Iraq is easier, but they can always move across the border to Syria and recoup and rebuild.

Does this change the strategic calculus for the U.S. and the West when it comes to al-Assad? Is there an odd alliance that results from this where the U.S., the West are fighting against ISIS with them together?

There’s a pedigree of this kind of thing in international relations. When Churchill was asked why Britain aligned itself with communist Soviet Union, he said if Hitler had invaded hell, I would have joined forces with the devil.

The problem here is it's not going to be that easy to align ourselves with al-Assad. Al-Assad is the reason you have the insurgency in the first place. Al-Assad is the reason you have this massive discontent. I think in this case what you have to try to do is get at the roots of ISIS' support, and that is the Sunni discontent. You have to get the Iraqi government to be more inclusive and broaden out and reach out to the Sunnis and frankly start buying or renting the tribes, which is what David Petraeus did when he was general there.

You mentioned how Turkey inadvertently contributed to the ISIS problem by letting the foreign fighters across the border. I wonder about the U.S. role. President Obama has called it a fantasy, in his words, that U.S. military action before this point would have done anything to stop ISIS's rise. Do you think that's fair? Do you think that the U.S. inadvertently contributed by not acting in Syria earlier?

What I'm hearing on the ground here is that there are a lot of people who wish the United States had been more involved. They definitely feel like it would have helped. But they are also very aware of the reality that ISIS is a much more dedicated, much more efficient, much more organized fighting force than any of the other ones around, that perhaps it was inevitable that the most intense forces are going to survive here.

If you look at the ones that are doing well in Syria and have been doing well for two years now, it's groups like ISIS, al-Nusra, these very hard lined religiously oriented forces. The nice liberal democrats or the moderates – they have really have not shown themselves to be able to fight and fight hard anywhere.

Now maybe this could have changed with a modest amount of American support. It seems to me highly unlikely. It seems much more likely that in one of these highly polarized civil war struggles, the extremes went out and the center gets crushed.