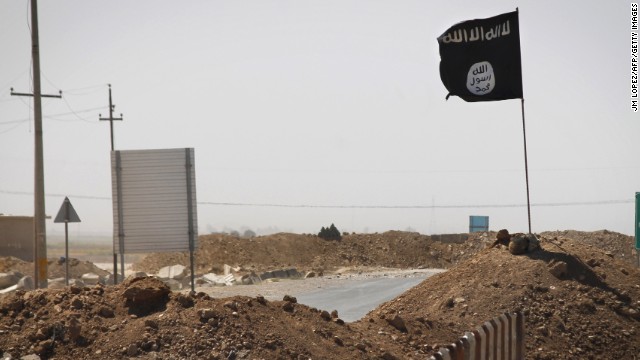 U.S. must not jump when ISIS asks it to

CNN’s New Day speaks with Fareed Zakaria about recent developments over the Islamic State of Iraq and Syria (ISIS) and what the U.S. response should be. This is an edited version of the transcript.

What is the perspective from Arab states about who is willing to join the coalition against ISIS and put boots on the ground?

Let's think about it from this point of view. What is ISIS’s strategy? What are they trying to do to put out these videos, by doing this kind of brutality? They are trying the goad the United States in. What they want to do is say, there America goes again, invading another Arab country, bombing Muslims, and we are the defenders. They want to make it us against them.

What we have to be careful not to play into the game, not to jump when they ask us to.

The most important thing is that we have to make sure that the other Arab states are involved. We have a few countries like Saudi Arabia that say they would be willing to participate in the bombings.

Only training though. Bombings and training, not on the ground.

I would like to see a Saudi general announcing bombing targets rather than a U.S. general. I would like an Arab face to it.

Well, much better optics…The crucial mistake is if we allow it to be portrayed as the United States invading and attacking another Muslim country.

Did the U.S. get brought into the coalition because of the beheadings? It is not only about taking out ISIS militarily, but doing the political and cultural reform, which is the only hope of changing the situation long term.

I think so. I think that at the end of the day, the only way you get rid of ISIS is by getting at what is feeding it. And what's feeding it is this massive political discontent in Iraq and Syria among Sunnis, who think they are being ruled by two apostate regimes. In Iraq, the Shia, and in Syria, the Alawites, who are kind of branch of the Shia.

So, we've got to figure out that dynamic, which means we can't turn this into a Sunni versus Shia, can't turn it into a U.S. versus Arab. So, there’s a political dimension to this that is at the heart of getting it right.

We're bombing in and around Baghdad, and that is a security interest. But we’re ready to go into Syria and arming a not only just ill-equipped, but very unsuccessful Free Syrian Army that, by the way, doesn't want to fight ISIS, it wants to fight al-Assad. It seems like a recipe disaster and our Arab state coalition partners are just sitting there watching.

They’ve been quiet by the way. And where is Putin about what's going on with ISIS?

Well, he’s pleased that we are shoring up the al-Assad regime. So there are parts of this that the political fallout from military action is as important as the military action. It’s easy for the United States with its massive military power to drop the bombs, but it’s much harder to do the politics and the diplomacy that will make it effective.