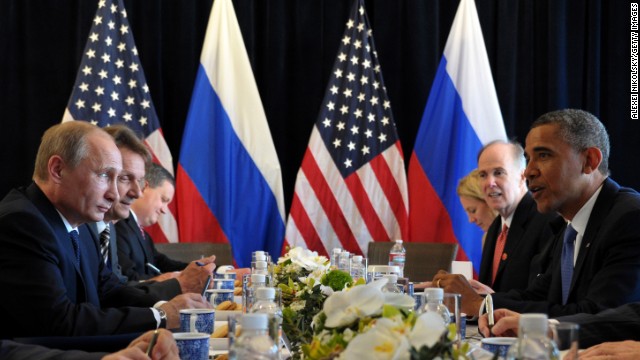 Why geostrategic competition threatens us all

In the years following the Cold War, the prevailing view was that the world had moved towards a liberal, democratic consensus. The break-up of the Soviet bloc, the integration of Russia and China into the global economic system and a fresh wave of democratic transitions, from Latin America to Eastern Europe, led many to believe that superpower rivalries were finished. Globalization, the free market and the “interdependence” of countries would make wars less likely, while a greater role was forecast for multilateral bodies like the United Nations in responding to issues that put everyone at risk.

This did not relieve us of security concerns, but from the 1990s onward, the so-called new challenges were regarded as asymmetric. Rather than fearing strong, opposing states, we worried about state weakness, the breakup of countries, or the global reach of non-state, terrorist networks.

Today, however, renewed competition between key actors is a genuine concern. According to the Survey on the Global Agenda, both Asian and European respondents ranked the rise of geostrategic competition as the second most important global trend. While the old Cold War is not making a resurgence, recent developments have led to tectonic shifts in state interaction. Geopolitics – and realpolitik – is once again taking centre stage, with potential wide-ranging consequences for the global economy, politics, and society.

The most obvious illustration of this development is the worsening tension between Russia and the West. The Obama administration’s attempts to improve relations between America and Russia were already faltering when the collapse of the Ukrainian government and rise of separatist movements brought to the fore a clash of fundamentally opposing worldviews. The perspective of “Europe whole and free” collides with a world of “zero-sum games and spheres of influence.”

With the exchange of economic sanctions, and Russia attempting to lead a Eurasian Union as a counterweight to the European Union, the next decade could be marked by Russia complaining of encirclement and attempting to revise developments that took place during the years when it was perceived as weak and vulnerable. At the same time, the West may be moving away from the economic interdependence with Russia that was once hailed as a guarantor of regional peace and stability.

Yet a potentially even more important development is also taking place in Asia. A shift in the global political order is evident in the rise of China and its uncertain role on the world stage. According to a study by the Pew Research Center, almost half of respondents across all regions believe China has either overtaken the United States as the world’s leading superpower, or will eventually.

Meanwhile, a realpolitik dynamic between Japan and China – fuelled by a significant loss of trust, rising nationalism, weak institutions and maritime disputes – affects the world’s second and third largest economies, and threatens to directly involve the largest, the United States. The management of China’s rise, by its neighbours and by China itself, is of crucial importance in the coming decades.

Finally, the Middle East has also taken a turn for the worse, with the breakdown of a state system hastily imposed by the victors of World War I. Cross-border insurgent group Islamic State – which aims to establish a caliphate in parts of the region – threatens to render traditional peace mediation efforts irrelevant. The situation is exacerbated by regional powers exploiting the chaos – even fuelling it – in order to promote their own self-interest.

What we see today is a pattern of persistent, multidimensional competition. This is happening at the same time as the weakening of established relationships.

So, how should we respond? In this fluid world order, we must manage both asymmetric and symmetric challenges together. The changing relationship between world powers has reduced the political energy available for tackling shared problems like climate change and global health, not to mention second-order crises. Chaos has festered.

Yet in the face of potential globalization (and indeed de-globalization), rising nationalism and a deepening disbelief in multilateralism, the most important lesson from 2014 is that we cannot remain passive. We need more international cooperation, not less. Regional and global intergovernmental organizations will be put to greater tests even as institutions like the World Economic Forum continue to try to create a meeting of minds between private and public actors, civil society and academia.

With luck, they will be able to impress upon political leaders the importance of collective reflection – and the need to think carefully over a geostrategic competition that threatens to harm us all.

Next entry »Is backing Syria rebels a mistake?
« Previous entryOn GPS Sunday: Remembering fall of Berlin Wall, is Obama a Republican, and a Syria plan