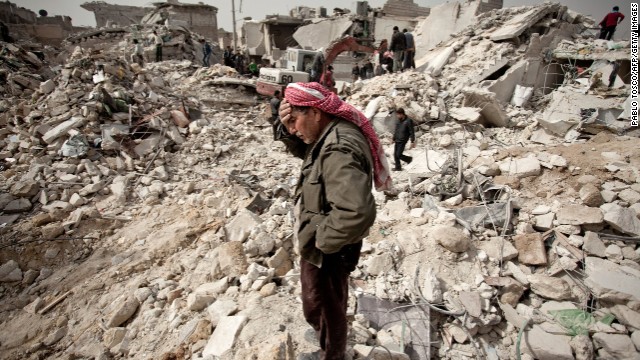 A delicate balance in the midst of a crisis

For every action, there is an equal and opposite reaction – a fact that is just as true for the Islamic State of Iraq and Syria as it is in physics. Now, as the Sunni militant group continues to try to expand its sphere of influence, its progress threatens to tip the delicate sectarian balance. Indeed, the ripple effects could transform the geopolitical landscape in the Middle East.

To understand why this is the case, it’s essential to understand the relationship between Saudi Arabia and Iran. Saudi Arabia is an Arab state with a Sunni majority, while Iran is a predominantly Shiite, non-Arab state. Between the two countries is an ongoing tension that has been brewing at least since Iran’s Islamic Revolution in 1979.

"This is very much a conflict that is molded and shaped by the geopolitical competition between Saudi Arabia and Iran in the region," says Harith Al-Qarawee, a fellow at Harvard’s Radcliffe Institute for Advanced Study.

"The very idea of having Sunni countries fighting ISIS, and the tendency to exclude Iran from the conferences that occurred in the past…[suggest] Iran is not considered an ally in that conflict," Al-Qarawee says.

Al-Qarawee says one reason is that the United States and its allies believe that a military offensive is best led by Sunni governments as ISIS identifies itself as Sunni. “I think the Obama administration concluded that no one can face ISIS except Sunnis themselves. If you ally with the Shia or a Shia-dominated government, you are deepening the sectarian divide and it is also the case if the arrangements rely only on Sunni allies and exclude Shias.”

But the rise of ISIS has also sparked division within the Sunni community itself.

"This is the ultra-sectarian group, so extraordinarily intolerant of everyone else that every single faction or sect that doesn't agree with it is in danger," says Shibley Telhami, Anwar Sadat Professor for Peace and Development at the University of Maryland, College Park. "[ISIS] is so out of touch with mainstream Sunnis in the way they frame their issues."

It is perhaps this ultra-sectarianism, and frustration among Sunnis uncomfortable with the suggestion that ISIS somehow speaks for them, that could also be opening space for some cooperation between Sunnis and Shia, even if it is Sunni governments that are being expected to take the lead.

“Despite the competition [between Iran and Saudi Arabia], they are moving a bit closer to each other on Iraq and Syria," suggests Telhami, who also authored The Stakes: America & the Middle East. "They are still competitive, [but] both increasingly see ISIS as a threat, and that is going to be important."

In a move that surprised many, the foreign ministers of Iran and Saudi Arabia met recently to discuss the ISIS situation. But welcome as some may see this willingness to talk, Al-Qarawee warns that it is too early to label this a turning point in relations between the two.

"There are signs by the Saudis and the Iranians that it is in their interests to de-escalate tensions to confront ISIS,” Al-Qarawee. “But it’s impossible to move from hostility to alliance quickly. Although the two sides realize that ISIS is a threat to some extent to both of them, they don’t think it is so big a threat as to move that fast to cooperation."

Even so, countries in the region see ISIS as a genuine danger to the sectarian balance.

"This is a very extreme group of militias that is bent on not only taking territory in Iraq and Syria, but that is expansionist. They talk about expanding their domain," says Hillary Mann Leverett, a former White House and U.S. State Department official who worked on Middle East issues.

"They are thriving on the emerging vacuum of power with part of a constituency that is unhappy with the current power, but they alienated everybody else," says Telhami, who notes that while the group has not been able to take over Iraq or Syria – something that is hardly surprising given the size of the forces ranged against it – the group has still managed to thrive in “situations where states have either collapsed or have significantly weakened.”

And, as the group has stepped into the vacuum, the threat it poses to regional stability has only grown clearer.

"It’s dangerous to have Iraq right next to it [Iran]…you have not only an expansionist ISIS state, but a genocidal one,” says Leverett, who co-authored Going to Tehran: Why the United States Must Come to Terms with the Islamic Republic of Iran. “It doesn't want to just to take the territory, but to kill the Shia. It is a huge problem for Iran."

According to Telhami, Iran isn’t the only country in the region that should be concerned. "The Islamist groups have a very strong presence in Jordan – a lot of it is mainstream,” Telhami says. “There are structures of relationships that go back long before the emergence of ISIS as a dominant group, and those are bound to create problems for Jordan."

Telhami notes the previously close relationship between Jordan and Iraq previously, and how following the demise of Saddam Hussein’s regime Jordanians were support of Sunnis as they were marginalized by the Shia-led regime of Nuri al-Maliki. “Some of those groups have become more extreme and those ties, as you move forward could become problematic," Telhami says.

And what of Syrian neighbor Lebanon, a country that itself is no stranger to sectarianism?

Although there are no homegrown extremist groups there, proxy sectarian rivalries are a recurring issue. "Some of the Gulf states were funding Sunnis to counter Hezbollah after the 2006 war,” says Telhami. “In the Lebanese context, while that became something of a problem...the threat in Lebanon is ISIS groups coming across the border from Syria."

But if ISIS is to meet its expansionist goals, it may have to rethink its sectarian mindset and broaden its appeal, something it may already be on the road to doing.

"The jihadist identity of ISIS is becoming more powerful with time with foreign fighters joining its ranks, Al-Qarawee says. “So it feels like it appeals and connects to Muslim populations all over the world.”

“Now, ISIS’s main conflict is actually within the Sunni community. It seeks to convince Sunnis that it is their sole representative, and as it fails to do so, it resorts to brutality that in the end alienates larger sectors of Sunni community,” Al-Qarawee adds. “‘Sectarianism’ is a tool in its battle to win Sunni hearts. However, ISIS’s attempts to be more than a sectarian organization, mean it’s putting less emphasis on the sectarian conflict…and more on its identity as a representation of puritanical Islam. While investing in the sectarian conflict, it is trying to have broader audience and broader support."