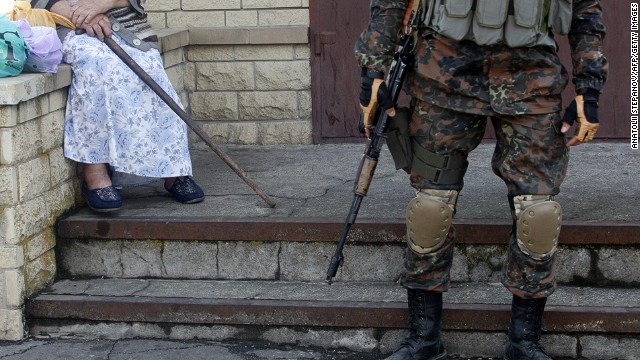 CNN speaks with Fareed about recent developments in Iraq and Russia. This is an edited version of the transcript.

Is the American public ready for what potentially could be many, many years of war in tackling the situations in Iraq and Syria?

I think if it's a very limited kind of assistance then perhaps they would. But otherwise, I don't think so because really what you have is this whole region, Iraq and Syria, have been unsettled by a Sunni revolt. A revolt of the Sunnis who don’t want to be ruled by what they see as two apostate regimes – a Shiite regime in Baghdad and the Alawite regime in Damascus.

Now, how you're going to solve that is a very complicated problem. You can bomb and degrade ISIS, but somebody then has to hold the territory and build a political order that includes both the Sunnis and the non-Sunnis. That's a very complicated act of, on the one hand, being able to create and hold political order, but also then build a real nation where everyone feels invested.

The United States, especially with limited military intervention, isn’t going to be able to do that. It has a strategy in Iraq where it has a partner, the Iraqi government, that it is pressing to be more inclusive. There’s an Iraqi army that can hold territory.

So, that piece I understand is very complicated and tough. The Iraqi government still hasn’t been particularly inclusive. But when you turn over to Syria, we're operating in the blind. We don’t have those forces that we can work with. And so, I would suspect, a limited military intervention, with an Iraq first strategy, has some possibility of doing some good. But it’s going to be a long-term process, almost remaking these two nations.

And looking at Russia. How worried should the U.S. be that all of a sudden Russian bombers are going to be not very far from North America?

I think that doesn't worry me as much, though, of course, one can't know what to make of it. But the move into Ukraine is very troubling because it appears to be an attempt to perhaps consolidate those pro-Russian Ukrainian towns into a kind of defensible or fortified zone that would allow them to assert their autonomy even more strongly. You know, at some level, Putin has what he wants, which is these towns are now essentially autonomous. The Ukrainian government doesn't have that much control over them. So it does make one wonder what exactly is he’s looking for now.

All of the indications we're getting are that Putin is still very, very popular inside Russia right now. In fact, if anything, what he's been doing along the border of Ukraine is elevating his stature, is that right?

Oh, absolutely. You know, Putin has created a kind of almost a new ideology of power that combines a certain kind of social conservatism. Notice the anti-gay stuff. There's a certain amount of hyper nationalism. The Crimea and the issues with eastern Ukraine. And a blatant anti-Americanism and anti-Westernism, which has always been a strain in Russia. So he’s using this very effectively.

His approval ratings, remember, were down around 60 percent. I know that doesn't sound low, but a few years ago, after elections, he wasn’t doing so well, relatively. Now, he’s up into the 80 percent range as far as we can tell. And the important thing to remember, I think, is that there's a fundamental asymmetry here, which is that it doesn't cost Putin a lot to destabilize Ukraine, but it costs the West an awful lot to stabilize it. So he can spend a few probably million or tens of millions of dollars and foment this kind of instability, whereas for the West to stabilize Ukraine, the bill is probably $15 billion this year.