By Pankaj Ghemawat and Steven Altman, Special to CNN

Editor’s note: Pankaj Ghemawat is the Anselmo Rubiralta Professor of Global Strategy at IESE Business School, Distinguished Visiting Professor of Global Management at New York University and creator of the Depth Index of Globalization (DIG). Steven A. Altman is a senior research associate and lecturer at IESE Business School and co-author of the DIG. The views expressed are their own.

Run the clock back on the last four rounds of global trade negotiations – arguably the four most ambitious ones attempted. The Kennedy Round in 1967 was followed by the conclusion of the Tokyo Round 12 years later, and the conclusion of the Uruguay Round another 15 years on.  Now, after 19 more years, we have not quite the conclusion to the Doha Round, but the Bali Package: a shrunken version of the ambitious original agenda. So, should we cheer about the agreement reached last month? Yes! For four reasons.

There is still a road to Doha. The world agreed to keep working toward global trade liberalization instead of refocusing entirely on regional and bilateral accords.  The most consistent critique of the Bali Package so far – that it simply kicked the can down the road on all the difficult issues – misses the point that without it, there wouldn’t be any kind of road to Doha. And as one WTO negotiator pointed out, it would be well into the 2020s before we might expect to see the conclusion of another global trade deal.

END_OF_DOCUMENT_TOKEN_TO_BE_REPLACED

Will Thailand join the TPP?

By Peter A. Petri, Special to CNN

Editor’s note: Peter Petri is a nonresident senior fellow with the East-West Center, a professor of international finance at Brandeis University and visiting fellow at the Peterson Institute for International Economics. The views expressed are his own.

Thailand will undoubtedly welcome President Barack Obama warmly this weekend, and is expected to announce its interest in pursuing membership in the Trans-Pacific Partnership trade agreement. This is an important milestone: it boosts the TPP’s prospects for success; improves the chances for Asia-Pacific free trade; and gives a further “thumbs up” to economic ties between Southeast Asia and the United States.

Originally a four-country trade agreement among Brunei, Chile, Singapore and New Zealand, the TPP now has 11 negotiating members on both sides of the Pacific, and could become the biggest trade agreement since the Uruguay Round. It is a huge, positive-sum game that promises benefits to all members and could help to define the trading rules of the 21st century.

END_OF_DOCUMENT_TOKEN_TO_BE_REPLACED 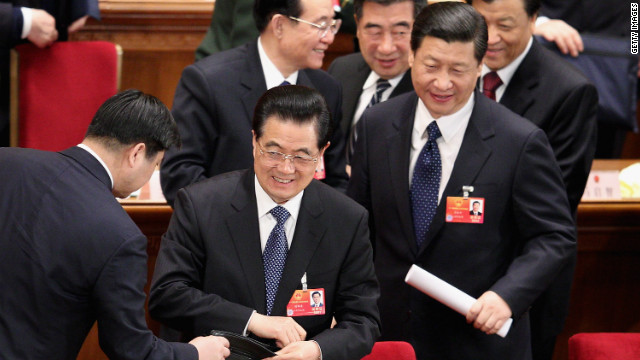 Editor's note: Guy de Jonquières is a senior fellow at the European Centre for International Political Economy. The views expressed are his own.

You do not need to be a panda-hugger or a Beijing apologist – and I am neither – to think that Western critics sometimes give China a bum rap. Not because China is innocent of the charges they make against it; but because when accusers point fingers or raise suspicions about its conduct, they tend to forget that many of the malpractices they condemn were common – indeed, even encouraged – in the West not long ago.

Take the recent two-week “disappearance” from public view of Vice Premier Xi Jinping, China’s presumed next president. Many commentators seized on Beijing’s stonewalling about his absence and its failure to respond to the ensuing frenzy of rumors that he had fallen ill as a glaring example of the unhealthy secrecy that cloaks activities at the top of the Communist party.

True, decision-making in Beijing remains frustratingly impenetrable – to the Chinese people, as well as to foreigners. However, China is not the first country to hush up sensitive or embarrassing information about one of its leaders. The U.S. did so in the case of several presidents, concealing from the public Grover Cleveland’s operation for jaw cancer, Dwight Eisenhower’s heart attack and John F. Kennedy’s excruciating back problems.

END_OF_DOCUMENT_TOKEN_TO_BE_REPLACED

The U.S. Senate passed legislation on Tuesday that would tax the goods of countries with "misaligned" currencies (WSJ). The bipartisan measure is meant to target China, a trading partner the United States has routinely criticized for devaluing its currency. China warned that such a move could instigate a trade war (BBC) between the two nations, threatening the global economy.

U.S. officials have argued that by artificially holding down the yuan, China is keeping its exports inexpensive for U.S. consumers, thus undermining the U.S. manufacturing sector. The measure has gained traction because of the perception that China's alleged unfair trade advantage (NYT) is costing U.S. jobs and contributing to an already-bleak employment outlook. END_OF_DOCUMENT_TOKEN_TO_BE_REPLACED

The U.S. Congress approved free trade agreements with South Korea, Colombia, and Panama (NYT) that had been held up by Democrats for five years. The ratification of the treaties–largely negotiated by the Bush administration–was a victory for both President Barack Obama and congressional Republicans. Many congressional Democrats, including Senate Majority Leader Harry Reid, voted against the measures.

Proponents of the deals have said they would stimulate the beleaguered U.S. economy and generate employment. The agreements are expected to produce $13 billion in new exports (WSJ), primarily to South Korea. Some opponents have said the pacts do not do enough to protect U.S. workers, while others have said they would inject unwanted competition into the U.S. textiles, electronics, and manufacturing industries. END_OF_DOCUMENT_TOKEN_TO_BE_REPLACED