Should the U.S. support the Free Syrian Army?

Editor's Note: Andrew J. Tabler is the Next Generation Fellow at the Washington Institute for Near East Policy and author of the book In the Lion’s Den: An Eyewitness Account of Washington’s Battle with Syria.

Last weekend’s sharp spike in death tolls in Syria has come hand in hand with the rise of the Free Syrian Army (FSA) - opposition members who believe armed struggle is the most efficient way of deposing the Assad regime.

Over the past two weeks, as Arab League monitors visited Syria, the FSA has expanded the scope and scale of their operation, wresting control of towns - and for a time neighborhoods of Damascus - from the Assad regime.

While the FSA is largely a franchise rather than a centrally commanded militia, it now represents a major force within the Syrian opposition that Washington is struggling to reckon with. END_OF_DOCUMENT_TOKEN_TO_BE_REPLACED

Editor's Note: Andrew J. Tabler is the Next Generation Fellow at the Washington Institute for Near East Policy and author of the book In the Lion’s Den: An Eyewitness Account of Washington’s Battle with Syria.

President Bashar al-Assad’s interview with ABC's Barbara Walters portrays a Syrian leader in complete denial of the situation in his country. For months, the Assad regime has argued that it was the only thing that stood between Syria, the region and chaos.

But with the gap between the regime’s perception of reality and that of the Syrian people and opposition (backed up by literally thousands of online videos and journalist reports), Assad’s negotiated exit seems unlikely. The longer Assad holds on, the bloodier and more sectarian the conflict will become. The question for policymakers in Washington, Brussels, Ankara and the Arab World is how to develop a concerted plan to oust Assad in the fastest way possible. END_OF_DOCUMENT_TOKEN_TO_BE_REPLACED

Editor's Note: Andrew J. Tabler is the Next Generation Fellow at the Washington Institute for Near East Policy and author of the forthcoming book In the Lion’s Den: An Eyewitness Account of Washington’s Battle with Syria.

Secretary of State Hillary Clinton’s statement yesterday that Syria’s Bashar al President Assad is “not indispensable, and we have absolutely nothing invested in him remaining in power” is the latest public signal of a quiet sea change in U.S.-Syria policy over the past few weeks.

For months, Washington took a careful, cautious approach to the protests in Syria. Bashar al-Assad leads a minority Alawite-dominated regime, whose members command the country’s security agencies and armed forces. This strengthened Assad's hand and mitigated the risk of the armed forces splitting off and turning against the regime as in Egypt and Tunisia. Assad was also helped by the fact that the protests largely took place in rural areas, far away from Syria’s urban centers.

END_OF_DOCUMENT_TOKEN_TO_BE_REPLACED 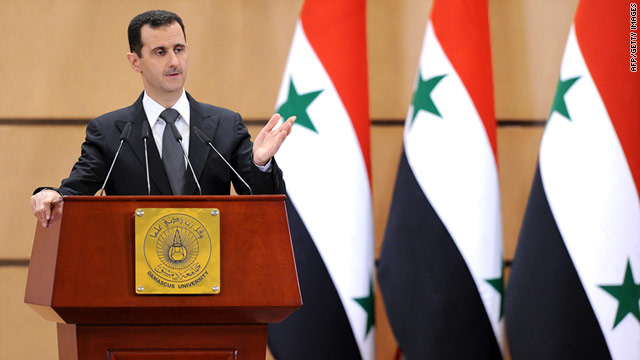 Editor's Note: Andrew Tabler is a Next Generation Fellow at the Washington Institute for Near East Policy and author of the upcoming book In the Lion’s Den: An Eyewitness Account of Washington’s Battle with Syria.

By Andrew Tabler – Special to CNN

Syrian President Bashar al-Assad’s speech at Damascus University on June 20 was another disappointing attempt to quell three months of anti-regime protests sweeping Syria. While recognizing some of the protestors had legitimate concerns, Assad continued to blame the lion’s share of the demonstrations on a “conspiracy” of “outlaws”, “vandals” and “takfiri extremists.”

Perhaps most offensively, Assad refused to recognize the regime’s brutal crackdown on the protesters.

Most notably, he dismissed “rumors related to the president and his family” – a reference to reports that his brother, Maher, was leading efforts to snuff out the demonstrations.

END_OF_DOCUMENT_TOKEN_TO_BE_REPLACED 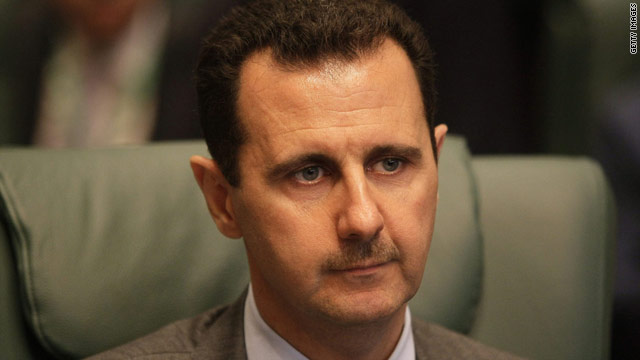 Obama to Assad: Reform or leave

Editor's Note: Andrew Tabler is a Next Generation fellow in the Program on Arab Politics at The Washington Institute, where he focuses on U.S.-Syria relations. He is the author of the forthcoming book In the Lion's Den: An Eyewitness Account of America's Battle With Syria.

By Andrew Tabler, Special to CNN

President Barack Obama’s speech on the Middle East signaled a strategic shift in Washington’s thinking on Syria. The message was President Bashar al-Assad must lead a transition to democratic rule or “get out of the way.”

This means that the Syrian president must immediately begin a process of power sharing between his Alawite-minority dominated regime and his majority Sunni population or face international isolation and pariah status. The fact that Obama openly spoke about Iranian involvement ties Syria’s regional and domestic policies together.

END_OF_DOCUMENT_TOKEN_TO_BE_REPLACED

What Syria's neighbors are thinking

Editor's Note: Andrew Tabler is a Next Generation fellow in the Program on Arab Politics at The Washington Institute, where he focuses on U.S.-Syria relations.

by Andrew Tabler, Special to CNN

Instability in Syria has substantial consequences for Iran, Israel, the U.S., Saudi Arabia and Lebanon among others. Here's how those countries are looking at Syria:

Iran – Tehran is very worried. Syria gives its proxy in Lebanon, Hezbollah, "strategic depth" by serving as a key supplier of weapons. Chaos in Syria will make the regime of Bashar al-Assad regime more dependent on Iran. But in the end, Tehran is worried a Sunni-led government inimical to its interests will arise in Damascus – something that would stress and then likely break the “resistance axis” of Iran, Syria and Hezbollah.

Israel – Israel is worried that the protests sweeping Syria will lead to chaos and possibly civil war in Syria. The Assad regime has kept the border with Israel quiet for over 40 years. But Israel also sees opportunity in the protests to pressure and break the "resistance axis".