Although Libyans are now celebrating the first anniversary of the revolution that toppled Moammar Gadhafi, they are increasingly frustrated with their new leaders. Libyans complain that the interim government, known as the National Transitional Council (NTC), has not moved quickly enough to purge and prosecute senior Gadhafi officials, or to rein in the militias that overthrew his regime.

Though the NTC is dedicated to implementing Libyans’ demands, it lacks the technical capacity and time necessary to do so before the elections tentatively scheduled for this coming summer. Facing such constraints, it must concentrate on a small number of important initiatives, before turning power over to an elected government. END_OF_DOCUMENT_TOKEN_TO_BE_REPLACED 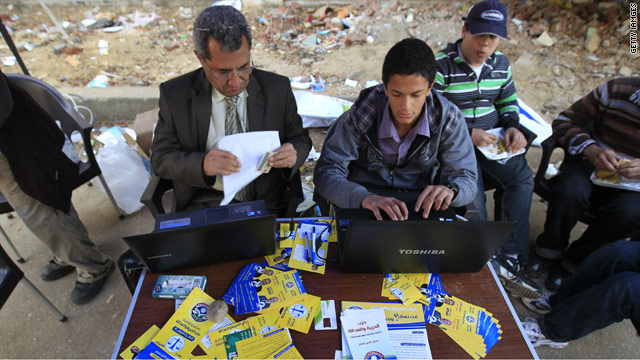 Editor's Note: Barak Barfi is a research fellow at the New America Foundation.

By Barak Barfi - Special to CNN

Egyptians go to the polls this week for the country’s final round of voting, but the results are a foregone conclusion.  Islamists, who captured around 71% of the ballots cast in the first two phases of voting, have secured a majority in parliament.

The results have perplexed Western liberals, who are baffled at why voters have chosen parties advocating restricted freedoms.  But the Islamists' adherence to religious values only partially explains their allure.  The key to the Islamists’ success lies equally in their effective grass-roots campaigning, which gives voice to peoples' wide-spread grievances.   END_OF_DOCUMENT_TOKEN_TO_BE_REPLACED

Barfi: Rebuilding the ruins of Gadhafi

TRIPOLI – With the creation of a new government, Libya’s leaders should finally be able to focus on organizing the transition from the authoritarian state that they inherited to the more pluralistic one they envisage. But are they really able and willing to achieve that goal?

In the United States, the debate on Libya has focused on what steps its government should take next. Senator Robert Menendez argues it “must move quickly to embrace democratic reform,” while international development specialists, such as Manal Omar of the U.S. Institute for Peace, believe that success lies in the cultivation of a vibrant civil society.

These views, however, overlook Libya’s unique history, and treat Libya as though it were just another Third World country in need of generic solutions. In fact, remedying the country’s ills requires building strong state institutions. END_OF_DOCUMENT_TOKEN_TO_BE_REPLACED

As the world rejoices in the death of long time Libyan leader Moammar Gadhafi, the media is emphasizing his battles with the United States and his malicious terrorism.  Largely overlooked, however, are his attempts to rehabilitate his image by turning his back on the terrorism he so passionately embraced for two decades and by embracing a United States he long derided.

Gadhafi, obviously, was no saint.  Rather, he was a semi-repented rogue dictator who only recently sought to integrate himself into a world of nations he previously disdained.  Beginning in the 1990’s, he ceased funding insurrections from South America to Southeast Asia, and instead used his country’s oil wealth to mediate international conflicts.  He played a key role in launching peace talks in Sudan and brokered an end to a Tuareg rebellion in Niger.  He paid ransom for hostages in North Africa and the Philippines.  END_OF_DOCUMENT_TOKEN_TO_BE_REPLACED

Throughout the Libyan capital of Tripoli, rebel units have taken over schools, warehouses and factories. They drive around town in pick-up trucks laden with anti-aircraft guns and anti-tank missiles. Tripoli residents honk and flash the victory sign as they fly down coastal roads. But though they are eager to welcome them as liberators today, people here are sure to turn on them if the troops remain holed up in the capital. With the war against the country’s deposed leader Moammar Gadhafi coming to an end, these units will have to be disbanded and sent home. END_OF_DOCUMENT_TOKEN_TO_BE_REPLACED

BENGHAZI – Six months after Libyan rebels took up arms against the country’s leader, Col. Moammar Gadhafi, they have finally toppled him. But, while victorious on the battlefield, they have not been triumphant in political and economic terms. If the rebels are to ensure their revolution’s long-term success, they will have to overcome the weaknesses that plague them.

In the days following the start of the uprising in February 17, the rebels formed a political body known as the National Transitional Council (NTC) and a cabinet known as the Executive Committee. Though drawn from across Libyan society and staffed by people with technical skills, the groups have been hamstrung by several problems.

Critics have derided the NTC’s lack of transparency and complained about its opaque decision-making. They have also questioned the criteria used to select its members. Libyans say the Council’s chairman, Mustafa Abdel-Jalil, favors dissidents who spent time in Gadhafi’s prisons over those with the training and skills needed to rebuild the country. If the NTC does not address these concerns, it is difficult to see how it will manage the complex challenges ahead. END_OF_DOCUMENT_TOKEN_TO_BE_REPLACED 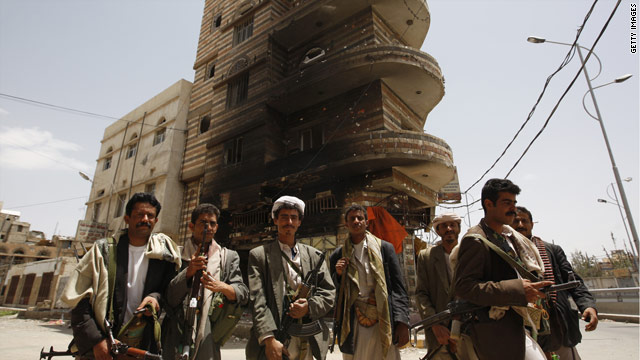 Yemen's battle of the sons

With the departure of Yemeni President Ali Abdallah Saleh, the local political scene has become a battle of the sons.

Saleh’s firstborn son Ahmad is now locked in a contest with the progeny of the country’s late paramount tribal chief, Abdallah al-Ahmar, who passed away in 2007.

Their emergence as the key players in Yemen does not portend a peaceful resolution to the country’s impasse. The sons lack their fathers’ keen political talent, which provided a country historically wracked by violence and insecurity a modicum of stability for the past 33 years. END_OF_DOCUMENT_TOKEN_TO_BE_REPLACED

Yemeni President Ali Abdullah Saleh’s decision to attack a key tribal chief has brought the country to the precipice of a civil war, which risks engulfing the entire nation in a cauldron of violence.  But his audacious move is fraught with risks that could backfire and hasten his downfall.

With Washington lacking any influence over the conflict’s actors, all it can do is sit back and watch as al-Qaeda in the Arabian Peninsula (AQAP) and other Islamist militants extend their influence in tribal regions where military units have abandoned their posts and left their weapons stores exposed to looters.