Editor’s note: Vikram Nehru is Bakrie Chair in Southeast Asian Studies at the Carnegie Endowment for International Peace, where this article originally appeared. The views expressed are his own.

The agreement also rekindled optimism that other long-running conflicts in Southeast Asia – such as in Myanmar’s ethnic states, Thailand’s southern provinces, and Indonesia’s eastern province of Papua – can come to an end. But even if peace were to break out in Southeast Asia, enormous challenges will remain to eliminate the economic marginalization and social injustices that provoked these conflicts in the first place.

END_OF_DOCUMENT_TOKEN_TO_BE_REPLACED

Flirting with extremism in Tunisia

Editor’s note: Sarah Chayes is a senior associate on the South Asia program of the Carnegie Endowment for International for International Peace, which published this article here. The views expressed are her own.

Protesters “were piled into pickup trucks with their black flags,” recalled two Tunisian eyewitnesses, the co-founder of a humanitarian group and a college professor. Both requested anonymity for security reasons. “I knew something would go wrong,” shuddered one. Although no loss of American life resulted, last month’s organized attack on the United States embassy in Tunisia – in which four locals did die – was at least as portentous as the sack of the Libyan consulate.

Unlike residents of Benghazi, Tunis-dwellers did not turn out to challenge the commandeering of their public space by well-marshaled extremists. And, whether through immaturity or latent connivance, the attitude of the Tunisian government has been equivocal. Further incidents, such as the roughing up of an elected official a couple of weeks ago, suggest that the ruling Islamist Ennahda Party may be flirting with violence to help ensure its grip on power.

END_OF_DOCUMENT_TOKEN_TO_BE_REPLACED 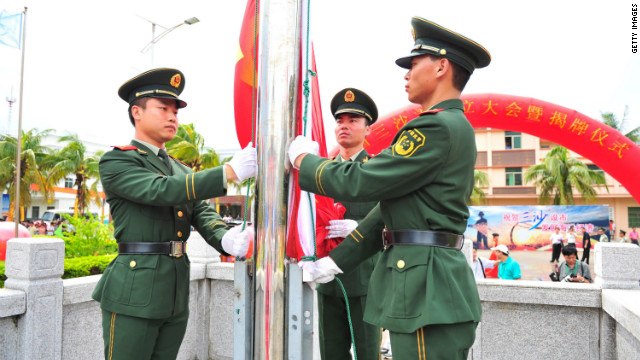 How to avoid maritime conflict in Asia

Editor's note: Douglas H. Paal is director for studies at the Carnegie Endowment for International Peace, where this commentary originally appeared. The views expressed are his own.

Rising tensions over maritime claims in the South China Sea have in recent months metastasized once again to the Senkaku/Diaoyu Islands in the East China Sea and Dokdo/Takeshima Islets in the Sea of Japan, proving that the origins of the disputes do not all lie with China, although many involve Beijing’s interests, as well as those of Tokyo, Seoul, Hanoi, Manila, Kuala Lumpur, and Bandar Seri Begawan.

The United States fears being dragged into conflicts over minuscule territories, but has an interest in maximum freedom of navigation and preventing aggression. It has urged all parties to show restraint, avoid precipitate behavior, and settle their issues peacefully. All parties pay lip service to a “code of conduct” that would forestall tensions, but a strong and binding code is proving elusive. Given the realities, the situation cries out for a more concrete diplomatic initiative.

END_OF_DOCUMENT_TOKEN_TO_BE_REPLACED 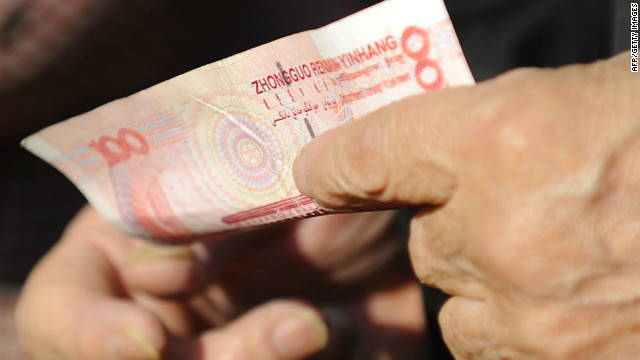 Don’t get hung up on the renminbi

Editor’s note: Michael Pettis is a nonresident senior associate on the Asia Program at the Carnegie Endowment for International Peace, where this piece originally appeared. The views expressed are his own.

China urgently needs to rebalance its economy, both to avoid the risk of a domestic banking crisis and to reduce its excessive claim on global demand. How it chooses to do so, however, should not be constrained by too much focus on the value of the renminbi. The exchange rate is only one of the mechanisms, and not even the most important, that will determine the price of Chinese goods abroad.

It is domestic politics that will determine the form in which the rebalancing takes place, but as long as rebalancing occurs, the world should not overly emphasize the role of the currency.

END_OF_DOCUMENT_TOKEN_TO_BE_REPLACED

Editor's note: Douglas H. Paal is director for studies at the Carnegie Endowment for International Peace, where this commentary originally appeared. The views expressed are his own.

The rhetoric is growing hotter among China, most of its Southeast Asian neighbors, and the United States. This month, the State Department took the unusual step of issuing a press statement that singled out Chinese behavior for criticism in creating a new administrative district covering most of the disputed islets in the South China Sea. Beijing’s media outlets have been responding with invective that’s stoking already high emotions among the Chinese public. The issue of managing tensions and territorial claims that are inherently difficult to resolve has become more difficult, not less.

It was not apparently intended in Washington for the situation to deteriorate in this fashion. In 2010, Secretary of State Hillary Clinton spoke out against unilateral actions in the South China Sea and for the development of an effective code of conduct to govern rivals’ activities in the area. This was widely understood to be a needed shove in China’s direction to quit stalling on agreeing to the code of conduct and to restrain the aggressive actions of its fishermen and oil drillers. It was accompanied by American professions of disinterest in the specific territorial disputes, but insistence on freedom of navigation in the heavily trafficked waters and peaceful resolution of the disputes under international law.

END_OF_DOCUMENT_TOKEN_TO_BE_REPLACED

Could Uzbekistan hold the key for U.S. ties to Afghanistan?

Editor’s note: Sarah Chayes is a senior associate in the South Asia Program at the Carnegie Endowment, where this article was originally published, and former special adviser to the chairman of the U.S. Joint Chiefs of Staff. The views expressed are her own.

The United States and Pakistan have just signed a memorandum of understanding detailing conditions for reopening the border with Afghanistan to NATO transit traffic, closed after a friendly fire incident killed 24 Pakistani soldiers last November. Thousands of fuel tankers and gaudily caparisoned cargo trucks are untangling seven-month-old snarls at ports and windswept border posts, to lumber back onto the roads. But that breakthrough shouldn’t detract from the importance of another of Afghanistan’s neighbors: Uzbekistan.

By demonstrating to U.S. and allied officials the fragility of the critical Pakistan land route, the long blockade abruptly raised interest in Uzbekistan. Negotiating teams from key NATO countries have been cycling through Tashkent to hammer out details of bilateral transit agreements. But Uzbekistan is worthy of attention not just for its infrastructure, namely the Friendship Bridge across the Amu Darya River and the lone rail link to Afghanistan embedded in its tarmac. Uzbekistan’s president and much of its top leadership have held office since a year after the Soviets departed Afghanistan across that same bridge in 1989, and their personal relationships with key Afghan actors are long-standing and intimate, their insights into Afghan dynamics profound. And they, like many Afghans, seem already to be operating in a post-2014 world. Washington might have something to learn.