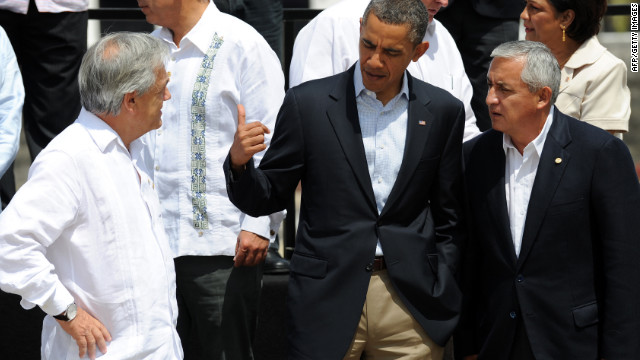 Why the U.S. can't afford to ignore Latin America

By Christopher Sabatini and Ryan Berger, Special to CNN

Speaking in Santiago, Chile, in March of last year, President Obama called Latin America “a region on the move,” one that is “more important to the prosperity and security of the United States than ever before.”

Somebody forgot to tell the Washington brain trust.

The Center for a New American Security, a respected national security think tank a half-mile from the White House, recently released a new series of policy recommendations for the next presidential administration. The 70-page “grand strategy” report only contained a short paragraph on Brazil and made only one passing reference to Latin America.

Yes, we get it. The relative calm south of the United States seems to pale in comparison to other developments in the world: China on a seemingly inevitable path to becoming a global economic powerhouse, the potential of political change in the Middle East, the feared dismemberment of the eurozone, and rogue states like Iran and North Korea flaunting international norms and regional stability.

But the need to shore up our allies and recognize legitimate threats south of the Rio Grande goes to the heart of the U.S.’ changing role in the world and its strategic interests within it.

END_OF_DOCUMENT_TOKEN_TO_BE_REPLACED 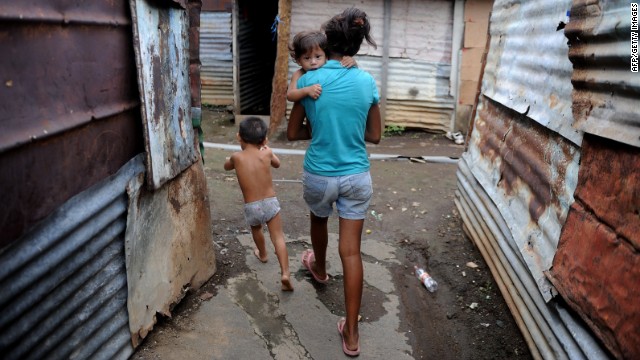 What is social inclusion, and how is it lacking in Latin America?

Social inclusion. Nobel Prize-winning economist Amartya Sen has theorized about it. Peruvian President Ollanta Humala campaigned on it. Multilateral banks now regularly profess their commitment to it. And U.S. Secretary of State Hillary Clinton has stated that U.S. foreign policy should promote it.

But what is it? The concept of social inclusion revolves around the idea that a citizen has the right and ability to participate in the basic economic, political and social functioning of his or her society. It’s more than economic enrichment, centered on access to basic public and private goods such as health care, formal employment, education, adequate housing, political and civil rights, and economic opportunity without discrimination.

It involves more than just reducing poverty and economic inequality. And if the U.S. is going to promote it, then there must be meaningful — even measurable — differences between countries that would provide foreign policymakers with priorities or targets of opportunity.

Unfortunately, in an index of social inclusion in Latin America recently developed by the journal I publish, Americas Quarterly, the countries south of the U.S. border face a number of differences and challenges. They indicate that despite all the feel-good rhetoric about social inclusion, this is going to be difficult to tackle meaningfully as a U.S. foreign policy issue.

END_OF_DOCUMENT_TOKEN_TO_BE_REPLACED

Editor's Note: Christopher Sabatini is the editor-in-chief of Americas Quarterly and senior director of policy at Americas Society/Council of the Americas.

After listening to the debate in Washington DC on Latin America, no one could blame you for believing you had taken a time capsule back to the 1980s. With Republican candidates focusing on the subversive threats of an outside power, U.S. senators railing against a populist government that lost its regional appeal years ago and holding up presidential nominations over Cuba, and leftist advocacy groups still blaming human rights abuses on U.S. policy, it sounds like little has changed in 30 years.

But a lot has changed, both in the region and in the commentary about it. That message simply hasn’t trickled up to U.S. policymakers. The fault isn’t just the politicians in DC; the blame lies in part with the U.S. academic community and advocacy groups.

END_OF_DOCUMENT_TOKEN_TO_BE_REPLACED

Editor's Note: Christopher Sabatini is the Editor-in-Chief of Americas Quarterly.

Citing an op-ed she wrote condemning violence against gays and lesbians, Senator Jim DeMint (R-SC) for weeks led the charge in the U.S. Senate to block the nomination of Mari Carmen Aponte to be the U.S. Ambassador to El Salvador.  On Monday, the Senate voted 49 to 37 to block Aponte’s nomination, 11 votes short of the 60 needed to break a Republican-sponsored filibuster.  Lost in the lead-up to the vote and the outcome was a key question: why is a position against violence targeting homosexuals and in defense of gay rights a valid reason to reject a nominee to an ambassadorship?

At issue for Senator DeMint and the 48 Republicans (and one Democrat, Senator Ben Nelson [NE]) was Aponte's op-ed titled “For the Elimination of Prejudices Wherever They Exist” in the El Salvadoran daily La Prensa Gráfica on July 28th this year.   The offending op-ed declared that everyone has a responsibility to “inform our neighbors and friends about what it means to be lesbian, gay, bisexual or transgender” and praised El Salvador for signing - along with the U.S. and 80 other nations - a U.N. declaration for the elimination of violence against gays and lesbians. END_OF_DOCUMENT_TOKEN_TO_BE_REPLACED

Santos holds the line against the FARC - and wins

By Christopher Sabatini and Ryan Berger - Special to CNN

What a difference a decade makes. The successful operation on Friday by Colombia’s armed forces that killed Revolutionary Armed Forces of Colombia (FARC) guerrilla kingpin Guillermo León Sáenz - known by his nom de guerre Alfonso Cano - represents another in a series of victories for President Juan Manuel Santos and his counterinsurgency strategy. Santos’s security policy, built on his predecessors’ Andrés Pastrana and Álvaro Uribe, has put the defeat of the FARC in sight - after the 1990s when the region’s longest running civil war appeared to have reached a stalemate.

While Marxist-inspired guerrilla movements from Guatemala to Argentina put down their arms in the 1980s and 1990s - the result of peace negotiations and democratic transitions - the FARC rebels and the National Liberation Army (ELN) have plagued Colombia for nearly five decades. Both forces claim to represent Colombia’s peasants and at times have managed to control large swaths of territory in Colombia’s rugged rural areas. Though they claim to represent the class struggle, both of the groups long ago became little more than armed criminal syndicates bankrolled by the drug trade in cocaine and other narcotics, illicit commerce in gems, extortion and kidnapping.

END_OF_DOCUMENT_TOKEN_TO_BE_REPLACED

By Christopher Sabatini and Ryan Berger - Special to CNN

The revelation of the strange plot of the Iranian Quds Force’s allegedly contracting a Mexican criminal gang to kill the Saudi Ambassador to the U.S. has brought attention to Iranian activities and Islamic extremism south of the U.S. border.   Such concerns are nothing new, and since 9/11 a number of reports and allegations have been made of Iranian collusion with governments and the activities of groups like Hezbollah in the hemisphere.

The focus of most of those has been Venezuelan President Hugo Chávez.  The fiery, populist former lieutenant colonel’s courting of Iranian President Mahmoud Ahmadinejad - and his unabashed anti-Americanism and stated declarations to challenge imperialism - have led to all sorts of speculation regarding the degree of intimacy between Caracas and Tehran. END_OF_DOCUMENT_TOKEN_TO_BE_REPLACED

A man raises his fist with a Cuban flag during a protest in front of the US embassy building in Mexico City on July 26, 2011 to demand the end of the trade embargo imposed by US against Cuba. (Getty Images)
August 16th, 2011
11:00 AM ET

Editor's Note: Christopher Sabatini is editor-in-chief of Americas Quarterly and senior director of policy at the Americas Society and Council of the Americas.

The people-power revolutions that ousted the decades-old autocratic governments of Ben Ali in Tunisia and Hosni Mubarak in Egypt and are rocking the rest of the  Middle East have prompted Cuba watchers –yet again– to wonder when the last redoubt of Cold War dictatorship in the hemisphere is next.  It isn't, and we have U.S. policy partly to blame. END_OF_DOCUMENT_TOKEN_TO_BE_REPLACED

Editor's Note: Christopher Sabatini is editor-in-chief of Americas Quarterly and senior director of policy at the Americas Society and Council of the Americas.

With inflation in July reaching a projected 6.3 percent per year and a currency that has increased 47 percent against the dollar since the end of 2008, could the Brazilian economic miracle be just a bubble? Though there are warning signs, there are also positive signals that indicate Brazil be able to power through–though at significant cost.

First the negative signals.   Chief among these is the signs of an overheating economy. In June the Central Bank’s adjusted, upward, the rate of inflation to 6.3 percent–slightly over its target.  Add to this near full employment, the limited efforts to reduce the Brazilian government’s stimulus (through BNDES and federal spending–especially in preparation for the World Cup and Olympics), and the promise to increase the minimum wage by 14.5 percent next year and it looks like a pressure cooker.  Granted it doesn’t approach Argentina or Venezuela, but 6 percent-plus inflation touches the upper limits of the government’s comfort level and is Brazil’s highest rate since 2005. END_OF_DOCUMENT_TOKEN_TO_BE_REPLACED