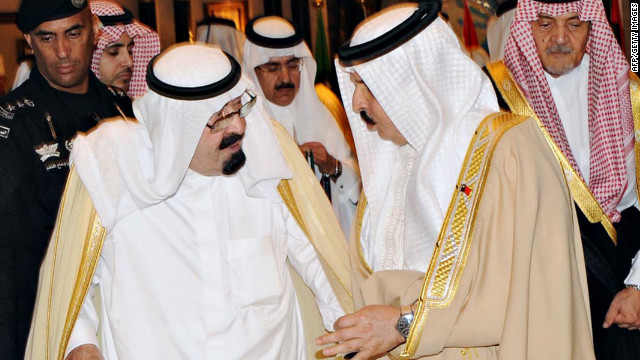 Editor’s note: Geneive Abdo is director of the Iran program at the Middle East Institute in Washington. The views in this article are solely those of Geneive Abdo.

By Geneive Abdo, Special to CNN

Ever since Saudi Arabia’s King Abdullah proposed forming a political federation among the six members of the Gulf Cooperation Council, the pros and cons have been fiercely debated across the Middle East.

For many Arabs in the region, particularly Shia communities in Lebanon, Kuwait, Saudi Arabia and particularly Bahrain, such a proposal suggests an attempt to form a dominant Sunni bloc that would tip the balance of power at a time when tensions are escalating between Shia and Sunni Muslims in the wake of the Arab uprisings.

Five countries in the GCC — Kuwait, Oman, Qatar, Saudi Arabia and the United Arab Emirates — are Sunni-dominated societies. Only Bahrain, the sixth GCC country, has a Shia majority. With the sectarian conflict in Syria escalating and spilling over into Lebanon, the violent clashes between the two sects in Iraq, and the uprising in Bahrain by a predominantly Shia opposition, the proposed political federation is likely to enflame the regional conflict.

END_OF_DOCUMENT_TOKEN_TO_BE_REPLACED 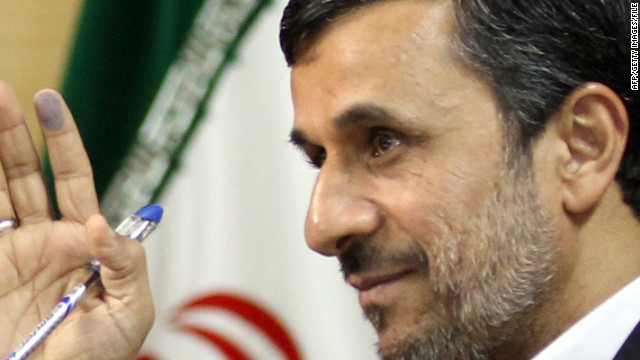 Iran demands the right to a nuclear program, including enrichment. But that is unacceptable to Israel, says Geneive Abdo.
May 21st, 2012
03:13 PM ET

Editor’s note: Geneive Abdo is director of the Iran program at the Middle East Institute in Washington. The views in this article are solely those of Geneive Abdo.

By Geneive Abdo — Special to CNN

Iran is set for nuclear talks Wednesday with members of the U.N. Security Council, and the Obama administration, as well as some Iranian and European Union officials, expressed optimism that a compromise will be reached.

But it is useful to examine Israel’s long-term objectives for a bit of a reality check.

END_OF_DOCUMENT_TOKEN_TO_BE_REPLACED 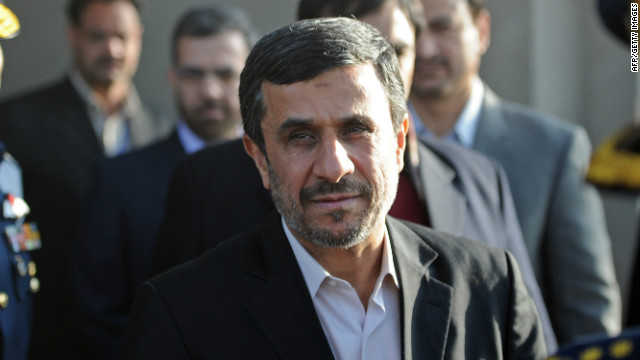 Editor's Note: Geneive Abdo is the director of the Iran program at The Century Foundation

By Geneive Abdo - Special to CNN

In Iran’s ongoing conflict with the United States and Israel, Tehran is often blamed for sending mixed signals. On the same day last week, for example, Iran boasted that it can now enrich uranium at faster speeds at its nuclear facility outside the holy Shiite city of Qom, while officials also announced that Iran had sent a letter to Catherine Ashton, the European Union policy chief, expressing a willingness to go back to the negotiating table over its nuclear program.

These two actions might seem contradictory, but actually Iran’s short-term strategy is clear: Iran’s wants to talk now, but from a position of strength. For the most part, this has been Iran’s strategy during periods of negotiation with the West. END_OF_DOCUMENT_TOKEN_TO_BE_REPLACED

Iranian supporters of defeated reformist presidential candidate Mir Hossein Mousavi carry a large green flag through the crowd as they demonstrate in the streets on June 15, 2009 in Tehran, Iran. (Getty Images)
February 6th, 2012
11:45 AM ET

The speculation over whether Israel will attack Iran this spring is having an unintended consequence: It’s bringing Iranian opposition groups together.

About 50 activists, including university professors, lawyers and students now living outside Iran, met on February 4th and 5th at a snow-covered retreat outside Stockholm. They were the guests of the Olof Palme International Center, a group associated with Sweden’s Social Democratic party with a long history of supporting opposition groups around the world. END_OF_DOCUMENT_TOKEN_TO_BE_REPLACED

Iran will strike back

Editor’s Note: Geneive Abdo is the director of the Iran program at The Century Foundation. Reza H. Akbari is a research associate for the program.

By Geneive Abdo and Reza H. Akbari – Special to CNN

Will Iran retaliate if attacked? Israeli intelligence officials and neo-conservative pundits in the United States argue that Iran is bluffing – that it wouldn’t dare.

But on Tuesday, U.S. Director of National Intelligence James R. Clapper Jr. powerfully rebutted this view. Clapper argued not only that Iran would retaliate, but that some Iranian officials are now even willing to carry out attacks on U.S. soil.

In his unclassified statement submitted to the U.S. Senate’s Select Committee on Intelligence, Clapper said: “Iran’s willingness to sponsor future attacks in the United States or against our interests abroad probably will be shaped by Tehran’s evaluation of the costs it bears for the plot…as well as Iranian leader’s perception of U.S. threats against the regime.” END_OF_DOCUMENT_TOKEN_TO_BE_REPLACED 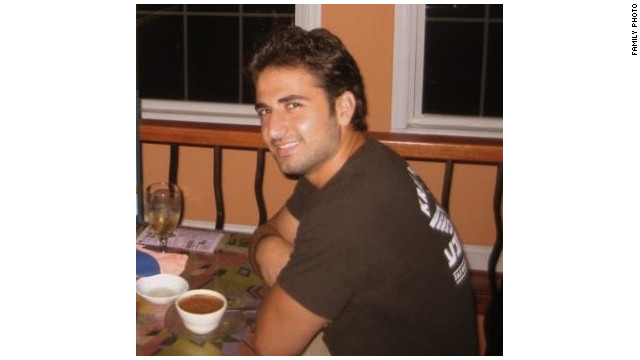 Editor's Note: Geneive Abdo is the director of the Iran program at The Century Foundation. Reza H. Akbari is a research associate for the program.

By Geneive Abdo and Reza H. Akbari - Special to CNN

If there were any doubt that Iran has sentenced a young Iranian-American to death purely for political reasons, Amir Hekmati’s family has now provided convincing evidence of Iran’s true motives.

In an interview with the BBC Persian Service, the family said Hekmati, fearful he would find himself exactly in the situation he is in now, visited the Iranian Interests Section in Washington, D.C.,  before  his trip.  He provided detailed information about his background as a former U.S. marine and sought advice from officials at the Interests Section. He asked if they thought this would cause problems for him in Tehran, and they assured him it was safe to make the trip.

Not only did the Iranian officials in Washington mislead Hekmati, but it seems that they alerted the authorities in Tehran, transforming the young man into the latest political pawn in the running conflict between Iran and the United States.

This new information sheds light on both the depth of Iran’s fear of Western intervention and the lengths to which it is resolved to counter mounting pressure from the United States. It should also serve as a warning to many of the Republican Presidential hopefuls that, while it is easy to raise the rhetorical temperature for domestic political gains, taking on the regime in Tehran will be no simple matter. END_OF_DOCUMENT_TOKEN_TO_BE_REPLACED 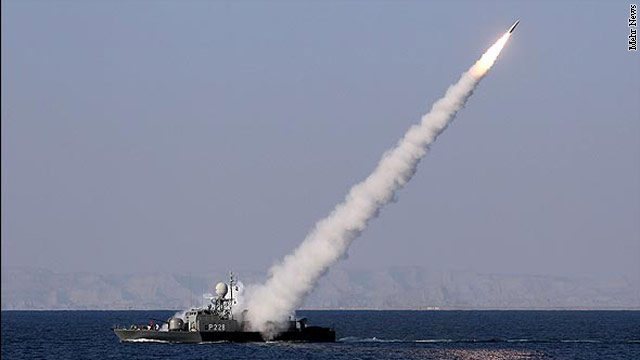 Abdo: Iran is trying to save face, not wage war

As Iran issued another threat on Tuesday, this time to take action if the U.S. Navy returns an aircraft carrier to the Persian Gulf, it might seem that the government in Tehran is begging for a military attack.

Why else would the Iranian regime test fire a cruise missile during exercises in the Persian Gulf on Monday? Why would it threaten to close the Strait of Hormuz two weeks ago while also conducting 10 days of military exercises to show off Iran’s military might? In addition, Iran’s nuclear agency said its scientists had produced their first nuclear rod, despite tough sanctions from the United States, the United Nations and the European Union.

But Iran is not begging for a military confrontation. It’s recent aggression is due, in fact, to its fear of a pending military attack. My sources inside the country say the circle of regime insiders around Supreme Leader Ali Khamenei truly believes an attack is inevitable, perhaps even before the U.S. presidential election. Therefore, to save face at home and in the region, Iran’s saber-rattling has reached a fever pitch. END_OF_DOCUMENT_TOKEN_TO_BE_REPLACED

Editor's Note: Geneive Abdo is the director of the Iran program at The Century Foundation. Reza Akbari is the research associate for the project. The views expressed in this article are solely those of Abdo and Akbari.

By Reza Akbari and Geneive Abdo - Special to CNN

Since the 1979 Islamic Revolution in Iran, one of the greatest failures of the country’s leadership has been the inability to make a promised transition from a monarchy to republican rule. In fact, since Ayatollah Ali Khamenei began his tenure as Supreme Leader twenty-two years ago, he has centralized power further in his own hands, creating what can be called a clerical monarchy.

Now, Khamenei may be completing the circle and entirely eliminating any notion of a “republic” by turning Iran into a fully blown theocratic and authoritarian state.

Last month, Khamenei made a short statement, which has sparked an intense debate. The 72-year-old Iranian leader hinted at the possibility of dissolving the post of president, one of only two institutions in which the populace has a say. END_OF_DOCUMENT_TOKEN_TO_BE_REPLACED

Iran's leaders would not have approved alleged plot

Editor's Note: Geneive Abdo is the Director of the Iran Program at The Century Foundation.

By Geneive Abdo - Special to CNN

Even if it turns out that rogue agents within Iran’s Quds Force were behind the foiled plot to assassinate the Saudi and Israeli ambassadors in Washington, it is still highly unlikely that Iran’s political leaders were behind this amateurish scheme.

Despite U.S. Attorney General Eric Holder’s announcement two days ago that the two Iranian suspects behind the plot were “directed and approved by elements of the Iranian government, and specifically, senior members of the Quds Force,” the United States government still has not made the link between the plot and either President Mahmoud Ahmadinejad or Supreme Leader Ali Khamenei.

Why? Because it is highly unlikely any of Iran’s top political leaders would be involved in such a foolish – not to mention completely counterproductive – attempt to commit violence on U.S. soil. Simply put, this is not how Iran conducts its foreign policy. END_OF_DOCUMENT_TOKEN_TO_BE_REPLACED

Editor's Note: Geneive Abdo is the director of the Iran program at the Century Foundation and the National Security Network and the co-author of Answering Only to God: Faith and Freedom in Twenty-First-Century Iran.

The Iranian regime is one of the few remaining allies of the embattled Syrian President, Bashar al-Assad. For years, the United States has tried to sever the ties between the two countries, but the current crisis has only pushed them closer together.

Ayatollah Ali Khamenei, Iran's supreme leader, has made it clear that Tehran sees the uprising in Syria as a U.S. ploy: "In Syria, the hand of America and Israel is evident," he said on June 30. Meanwhile, he affirmed Iran's support for Assad, noting, "Wherever a movement is Islamic, populist, and anti-American, we support it." END_OF_DOCUMENT_TOKEN_TO_BE_REPLACED