Libya’s emergence from years of dictatorship is predictably a rocky one. The country is moving toward its first post-Gadhafi national elections next month, but the process is marked by considerable confusion and deep disagreements.

On Tuesday, Libyan candidates and voters began registering for June elections for a constituent assembly that will be tasked with writing a new constitution. However, a recent law restricting political parties has sparked some bewilderment.

Last week, the NTC banned political parties “based on religion or ethnicity or tribe,” but the implications are not clear. When the law was first announced, the Muslim Brotherhood-affiliated party complained, “We don’t understand this law… it could mean nothing or it could mean that none of us could participate in the election.” END_OF_DOCUMENT_TOKEN_TO_BE_REPLACED 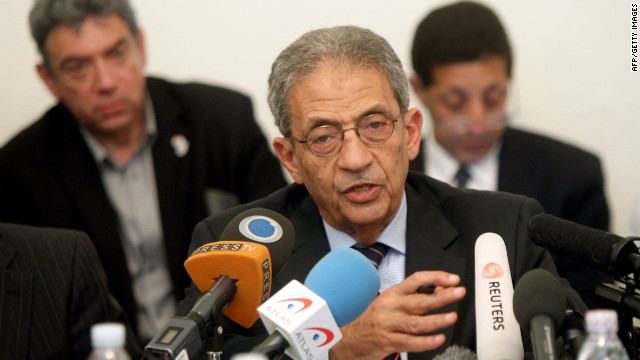 Is Egypt headed for Islamist rule?

Editor's note: Isobel Coleman is the author of "Paradise Beneath Her Feet" and a senior fellow for U.S. foreign policy at the Council on Foreign Relations in New York.

By Isobel Coleman - Special to CNN

Egypt's presidential race has been a political roller coaster. After banning 10 candidates earlier this month, the country's election commission banned and unbanned this week yet another well-known candidate, former Prime Minister Ahmed Shafiq, although the constitutional court is still reviewing that decision. The remaining front-runners for president speak a similar language on the need for economic reform and political transition, but they hold very different positions on the role of Islam in a new Egypt.

In this sense, the presidential election will be an important indicator of how much weight Egyptians give to Islam as a factor in their political life. It will not be the only factor in their decision, which will no doubt turn on questions of personality and name recognition as much as anything. But a vote for a candidate with more conservative Islamist leanings - and there is evidence of strong support for such candidates - will likely influence the writing of the constitution, with potential for a long-lasting impact on the rights of minorities and women in particular. 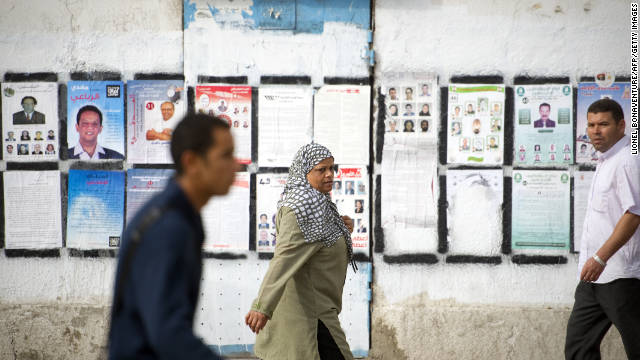 Last week, I wrote about some concerns in the lead up to Tunisia’s election: widespread voter pessimism, possible low turnout, and the potential for the manipulation of results or even conflicts on voting day. But Tunisians participated on Sunday in a remarkably large and peaceful election. People across the country waited calmly in line, sometimes for hours, to cast their vote. While the National Democratic Institute (NDI) recorded some challenges with voter registration and the tabulation of results, observers are generally impressed with the legitimacy and fairness of the elections. Ninety percent of 4.1 million registered voters cast ballots on Sunday, a high turnout by global standards. No incidents of violence at polling stations either between police and civilians or between political parties were reported.(Taking no chances, 40,000 policemen were deployed in advance of the elections.)

Al Nahda, Tunisia’s popular Islamist party, delivered on its promise to win a plurality of seats, gaining at least 40 percent of the vote. The final tabulation, forthcoming tomorrow, could push them close to 50 percent of the seats in the National Constituent Assembly (NCA). Al Nahda is poised to lead, but will still have to find partners to form a coalition government. They are already in discussion with several liberal parties, including the Congress for the Republic (CPR) led by human rights activist Moncef Marzouki, and Ettakatol (the Democratic Forum for Labor and Liberties), that was part of the legal opposition to Ben Ali. END_OF_DOCUMENT_TOKEN_TO_BE_REPLACED

A Yemeni boy waits for his turn to fill water in Sanaa on June 20, 2011 as the impoverished country faces water and fuel shortage amid violence and anti-regime protests. (Getty Images)
October 19th, 2011
03:19 PM ET

As anti-government demonstrations continue unabated in Yemen, there are few signs of resolution to its current impasse. Growing violence, in Sana’a and in the north and southwest provinces, threatens to dissolve into full-fledged civil war. This would not only be (further) destabilizing to the region, but runs the risk of precipitating a full-blown humanitarian crisis. Yemen already struggles with acute problems of food security, water shortages, and unemployment. A collapse of the state would reverberate across the Gulf, and demand further international involvement. END_OF_DOCUMENT_TOKEN_TO_BE_REPLACED

A Pakistani soldier holds a rocket launcher inside a bunker in northwestern Kurram tribal district close to the Afghan border on July 6, 2010.
July 15th, 2011
02:38 PM ET

Editor's Note: Isobel Coleman is the author of Paradise Beneath Her Feet and the blog Democracy in Development. This post comes from that blog.  Coleman is a senior fellow for U.S. foreign policy at the Council on Foreign Relations in New York.

Late last week reports emerged that the United States was canceling or suspending some $800 million in aid to the Pakistani military. Relations between the two countries have been extremely tense since the U.S. raid that killed Osama bin Laden in May. But this is only the latest rough patch in a partnership long dogged by concerns that Pakistan’s military and intelligence establishment is playing a double game — accepting American support and promising to fight terrorism while maintaining links with groups responsible for attacks. Clearly the Obama administration is trying to send Pakistan’s generals a message by withholding some of the money and equipment they want.

The case for reducing U.S. aid to the Pakistani security establishment is compelling, and it keeps becoming more so. Pakistan’s main intelligence agency, the ISI, has been linked to the horrific killing in late May of Syed Saleem Shahzad, a journalist who reported on Islamic militancy. END_OF_DOCUMENT_TOKEN_TO_BE_REPLACED

A Saudi woman gets out of a car after being given a ride by her driver in Riyadh on May 26, 2011 as a campaign was launched on Facebook calling for men to beat Saudi women who drive their cars in a planned protest on June 17 against the ultra-conservative kingdom's ban on women taking the wheel.
June 15th, 2011
02:00 PM ET

Saudi women in the driver's seat

Editor's Note: Isobel Coleman is the author of Paradise Beneath Her Feet and the blog Democracy in Development. This post comes from that blog.  Coleman is a senior fellow for U.S. foreign policy at the Council on Foreign Relations in New York.

Last month, women activists in Saudi Arabia launched the Women2Drive campaign on Facebook, calling on Saudi women with international or foreign drivers’ licenses to get behind the wheel of a car on June 17 and demand the right to drive.

Saudi Arabia has the distinction of being the only country in the world that bans women from driving. Indeed, in a region where women’s rights lag in many respects, Saudi Arabia stands out as the most oppressive place.

According to a 2010 Freedom House study, Women’s Rights in the Middle East and North Africa, Saudi Arabia came in last on almost every measure of political, civil, economic, and legal rights for women.

While it is unlikely that the protest drive on June 17 will fundamentally alter the situation for Saudi women, it does represent a watershed moment.

END_OF_DOCUMENT_TOKEN_TO_BE_REPLACED

Editor's Note: The following is the transcript of the CFR.org interview with Isobel Coleman, author of Paradise Beneath Her Feet, and the blog Democracy in Development. She is a senior fellow for U.S. foreign policy at the Council on Foreign Relations in New York.

In his speech about the Middle East, President Obama announced a number of new initiatives regarding trade, investment, debt forgiveness and loan guarantees - a variety of things to try to improve the economic situation for both Tunisia and Egypt.

He recognized that the protest movements have been certainly driven by political aspirations, but underlying that has been enormous youth unemployment in the region and economic frustration among a large part of the population. END_OF_DOCUMENT_TOKEN_TO_BE_REPLACED