Editor's Note: Joseph S. Nye, Jr., a former U.S. assistant secretary of defense in the Clinton Administration, is a professor at Harvard and the author of The Future of Power. For more on Nye, visit Project Syndicate or follow it on Facebook and Twitter.

Two years ago, a piece of faulty computer code infected Iran’s nuclear program and destroyed many of the centrifuges used to enrich uranium. Some observers declared this apparent sabotage to be the harbinger of a new form of warfare, and United States Secretary of Defense Leon Panetta has warned Americans of the danger of a “cyber Pearl Harbor” attack on the US. But what do we really know about cyber conflict?

The cyber domain of computers and related electronic activities is a complex man-made environment, and human adversaries are purposeful and intelligent. Mountains and oceans are hard to move, but portions of cyberspace can be turned on and off by throwing a switch. It is far cheaper and quicker to move electrons across the globe than to move large ships long distances. END_OF_DOCUMENT_TOKEN_TO_BE_REPLACED 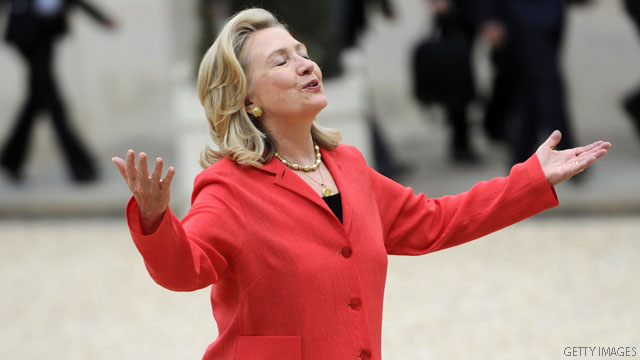 A more peaceful world if women in charge?

Editor's Note: Joseph Nye is a former U.S. assistant secretary of defense, is a professor at Harvard and the author of The Future of Power.  For more on Nye, visit Project Syndicate or follow it on Facebook and Twitter. The views expressed in this article are solely those of Joseph Nye.

Would the world be more peaceful if women were in charge? A challenging new book by the Harvard University psychologist Steven Pinker says that the answer is “yes.”

In The Better Angels of Our Nature, Pinker presents data showing that human violence, while still very much with us today, has been gradually declining. Moreover, he says, “over the long sweep of history, women have been and will be a pacifying force. Traditional war is a man’s game: tribal women never band together to raid neighboring villages.” As mothers, women have evolutionary incentives to maintain peaceful conditions in which to nurture their offspring and ensure that their genes survive into the next generation.

Skeptics immediately reply that women have not made war simply because they have rarely been in power. If they were empowered as leaders, the conditions of an anarchic world would force them to make the same bellicose decisions that men do. Margaret Thatcher, Golda Meir, and Indira Gandhi were powerful women; all of them led their countries to war. END_OF_DOCUMENT_TOKEN_TO_BE_REPLACED

Editor's Note: Joseph Nye, a former U.S. assistant secretary of defense, is a professor at Harvard and the author of The Future of Power. For more from Nye, visit Project Syndicate or follow it on Facebook and Twitter.

Asia’s return to the center of world affairs is the great power shift of the twenty-first century. In 1750, Asia had roughly three-fifths of the world’s population and accounted for three-fifths of global output. By 1900, after the Industrial Revolution in Europe and America, Asia’s share of global output had shrunk to one-fifth. By 2050, Asia will be well on its way back to where it was 300 years earlier.

But, rather than keeping an eye on that ball, the United States wasted the first decade of this century mired in wars in Iraq and Afghanistan. Now, as U.S. Secretary of State Hillary Clinton put it in a recent speech, American foreign policy will “pivot” toward East Asia.

END_OF_DOCUMENT_TOKEN_TO_BE_REPLACED 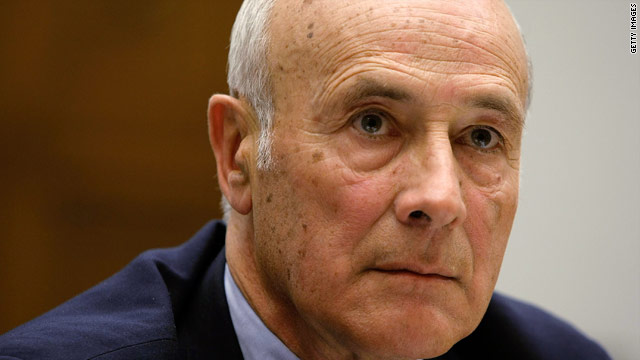 Editor's Note: Joseph S. Nye, Jr, a former US assistant secretary of defense, is a professor at Harvard and the author of The Future of Power. For more from Nye, visit Project Syndicate or follow it on Facebook and Twitter.

The United States is going through difficult times. Its post-2008 recovery has slowed, and some observers fear that Europe’s financial problems could tip the American and world economy into a second recession.

American politics, moreover, remains gridlocked over budgetary issues, and compromise will be even more difficult on the eve of the 2012 election, when Republicans hope that economic problems will help them unseat President Barack Obama. In these circumstances, many are predicting America’s decline, especially relative to China.

And it’s not just pundits who think so. A recent Pew poll found that in 15 of 22 countries surveyed, most people believe that China either will replace or has replaced America as “the world’s leading superpower.” In Britain, those putting China on top rose to 47%, from 34% in 2009. Similar trends are evident in Germany, Spain, and France. Indeed, the poll found more pessimistic views of the US among our oldest and closest allies than in Latin America, Japan, Turkey, and Eastern Europe. But even Americans are divided equally about whether China will replace the US as a global superpower. END_OF_DOCUMENT_TOKEN_TO_BE_REPLACED

Ten years after the mouse roared

Editor's Note: Joseph S. Nye, Jr, a former US assistant secretary of defense, is a professor at Harvard and the author of The Future of Power. For more from Nye, visit Project Syndicate or follow it on Facebook and Twitter.

Al Qaeda’s attack on the United States ten years ago was a profound shock to both American and international public opinion. What lessons can we learn a decade later?

Anyone who flies or tries to visit a Washington office building gets a reminder of how American security was changed by 9/11. But, while concern about terrorism is greater, and immigration restrictions are tighter, the hysteria of the early days after 9/11 has abated. New agencies such as the Department of Homeland Security, the Director of National Intelligence and an upgraded Counter Terrorism Center have not transformed American government, and, for most Americans, personal freedoms have been little affected. No more large-scale attacks have occurred inside the U.S., and everyday life has recovered well. END_OF_DOCUMENT_TOKEN_TO_BE_REPLACED

Joe Nye answers your questions on the future of American power

Last week, we invited Global Public Square readers to pose questions to international relations scholar Joe Nye.  Here are Professor Nye's responses to questions on the future of America and its power:

Question from Thomasine: What can the average American citizen do to help move our current situation in the right direction?

Joe Nye: The United States faces serious problems in areas like debt, secondary education and political gridlock, but one should remember that they are only part of the picture. Among the negative futures I can envisage is one in which the United States overreacts to terrorist attacks by closing inward and thus cutting itself off from the strength it obtains from openness.

END_OF_DOCUMENT_TOKEN_TO_BE_REPLACED

Question from John: Is “soft power” enough to make China raise the value of their currency, or will “hard power” become necessary? Soft power didn't seem to work at the G-20.

Joe Nye: Hard power is the ability to get preferred outcomes by coercion or payment; soft power relies on attraction and persuasion. Both have some role in the issue of the revaluation of the renminbi.

The congressional threat of tariffs and quotas is an example of hard power. While it may have caught Chinese attention, it has not alone solved the problem. The efforts at the G-20 to develop a consensus that the world needs to do something about global imbalances is an example of persuasion and soft power. That has not solved the problem either, but it holds some promise for the future.