One of the most notable macroeconomic developments in recent years has been the sharp drop in China’s current-account surplus. The International Monetary Fund is now forecasting a 2012 surplus of just 2.3% of GDP, down from a pre-crisis peak of 10.1% of GDP in 2007, owing largely to a decline in China’s trade surplus – that is, the excess of the value of Chinese exports over that of its imports.

The drop has been a surprise to the many pundits and policy analysts who view China’s sustained massive trade surpluses as prima facie evidence that government intervention has been keeping the renminbi far below its unfettered “equilibrium” value. Does the dramatic fall in China’s surplus call that conventional wisdom into question? Should the United States, the IMF, and other players stop pressing China to move to a more flexible currency regime?

The short answer is “no.” China’s economy is still plagued by massive imbalances, and moving to a more flexible exchange-rate regime would serve as a safety valve and shock absorber. END_OF_DOCUMENT_TOKEN_TO_BE_REPLACED

With youth unemployment touching 50% in eurozone countries such as Spain and Greece, is a generation being sacrificed for the sake of a single currency that encompasses too diverse a group of countries to be sustainable? If so, does enlarging the euro’s membership really serve Europe’s apparent goal of maximizing economic integration without necessarily achieving full political union?

The good news is that economic research does have a few things to say about whether Europe should have a single currency. The bad news is that it has become increasingly clear that, at least for large countries, currency areas will be highly unstable unless they follow national borders. At a minimum, currency unions require a confederation with far more centralized power over taxation and other policies than European leaders envision for the eurozone. END_OF_DOCUMENT_TOKEN_TO_BE_REPLACED

Rogoff: Jeremy Lin and the political economy of superstars

The biggest news around Cambridge in recent weeks has been Jeremy Lin, the Harvard economics graduate who has shocked the National Basketball Association by rising overnight from “nowhere” to become a genuine star, leading a losing New York Knicks team to an unlikely string of victories.

Lin’s success is delicious, partly because it contradicts so many cultural prejudices about Asian-American athletes. Flabbergasted experts who overlooked Lin have been saying things like “he just didn’t look the part.” Lin’s obvious integrity and graciousness has won him fans outside the sport as well. The whole world has taken note, with Lin being featured on the cover of Sports Illustrated for two consecutive issues. The NBA, which has been trying to build brand recognition and interest in China, is thrilled. END_OF_DOCUMENT_TOKEN_TO_BE_REPLACED

A systematic and broad failure of regulation is the elephant in the room when it comes to reforming today’s Western capitalism. Yes, much has been said about the unhealthy political-regulatory-financial dynamic that led to the global economy’s heart attack in 2008 (initiating what Carmen Reinhart and I call “The Second Great Contraction”). But is the problem unique to the financial industry, or does it exemplify a deeper flaw in Western capitalism?

Consider the food industry, particularly its sometimes-malign influence on nutrition and health. Obesity rates are soaring around the entire world, though, among large countries, the problem is perhaps most severe in the United States. According the US Centers for Disease Control and Prevention, roughly one-third of US adults are obese (indicated by a body mass index above 30). Even more shockingly, more than one in six children and adolescents are obese, a rate that has tripled since 1980. (Full disclosure: my spouse produces a television and Web show, called kickinkitchen.tv, aimed at combating childhood obesity.) END_OF_DOCUMENT_TOKEN_TO_BE_REPLACED

Modern macroeconomics often seems to treat rapid and stable economic growth as the be-all and end-all of policy. That message is echoed in political debates, central-bank boardrooms, and front-page headlines. But does it really make sense to take growth as the main social objective in perpetuity, as economics textbooks implicitly assume?

Certainly, many critiques of standard economic statistics have argued for broader measures of national welfare, such as life expectancy at birth, literacy, etc. Such appraisals include the United Nations Human Development Report, and, more recently, the French-sponsored Commission on the Measurement of Economic Performance and Social Progress, led by the economists Joseph Stiglitz, Amartya Sen, and Jean-Paul Fitoussi.

But there might be a problem even deeper than statistical narrowness: the failure of modern growth theory to emphasize adequately that people are fundamentally social creatures. They evaluate their welfare based on what they see around them, not just on some absolute standard. END_OF_DOCUMENT_TOKEN_TO_BE_REPLACED

I am often asked if the recent global financial crisis marks the beginning of the end of modern capitalism. It is a curious question, because it seems to presume that there is a viable replacement waiting in the wings. The truth of the matter is that, for now at least, the only serious alternatives to today’s dominant Anglo-American paradigm are other forms of capitalism.

Continental European capitalism, which combines generous health and social benefits with reasonable working hours, long vacation periods, early retirement, and relatively equal income distributions, would seem to have everything to recommend it – except sustainability. China’s  Darwinian capitalism, with its fierce competition among export firms, a weak social-safety net, and widespread government intervention, is widely touted as the inevitable heir to Western capitalism, if only because of China’s huge size and consistent outsize growth rate. Yet China’s economic system is continually evolving. END_OF_DOCUMENT_TOKEN_TO_BE_REPLACED 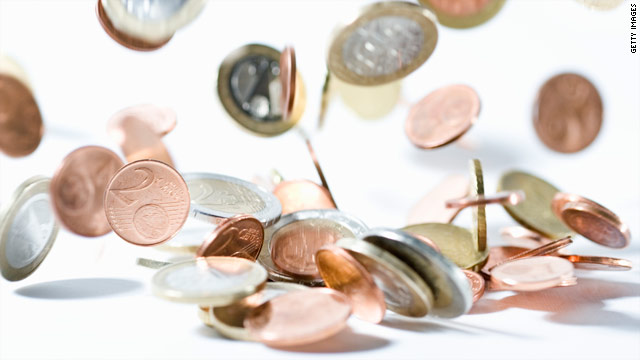 Rogoff: A gravity test for the euro

Although I appreciate that exchange rates are never easy to explain or understand, I find today’s relatively robust value for the euro somewhat mysterious. Do the gnomes of currency markets seriously believe that the eurozone governments’ latest “comprehensive package” to save the euro will hold up for more than a few months?

The new plan relies on a questionable mix of dubious financial-engineering gimmicks and vague promises of modest Asian funding. Even the best part of the plan, the proposed (but not really agreed) 50% haircut for private-sector holders of Greek sovereign debt, is not sufficient to stabilize that country’s profound debt and growth problems. END_OF_DOCUMENT_TOKEN_TO_BE_REPLACED

The wrong tax for Europe

Editor's Note: Kenneth Rogoff is Professor of Economics and Public Policy at Harvard University, and was formerly chief economist at the IMF. For more from Rogoff, visit Project Syndicate or follow it on Facebook and Twitter.

Europe is already in pickle, so why not add more vinegar? That seems to be the thinking behind the European Commission’s proposed financial transactions tax (FTT) – the Commission’s latest response to Europe’s festering growth and financing problems.

The emotional appeal of a tax on all financial transactions is undeniable. Ordinary Europeans have to pay value-added tax on most of the goods and services that they buy. so why not tax purchases of stocks, bonds, and all kinds of derivatives? Surely, such a tax will hit wealthy individuals and financial firms far more than anyone else, and, besides, it will raise a ton of revenue.

Indeed, the European Commission estimates that its proposed tax of only 0.1% on stock and bond trades, and 0.01% tax on derivatives, will raise more than €50 billion per year. As a bonus, an FTT will curb destabilizing speculation in financial markets. END_OF_DOCUMENT_TOKEN_TO_BE_REPLACED

Will the IMF stand up to Europe?

Editor's Note: Kenneth Rogoff is Professor of Economics and Public Policy at Harvard University, and was formerly chief economist at the IMF. For more from Rogoff, visit Project Syndicate or follow it on Facebook and Twitter.

By Kenneth Rogoff, Special to CNN

As the eurozone crisis continues to deepen, the International Monetary Fund may finally be acknowledging the need to reassess its approach. New Managing Director Christine Lagarde’s recent call for forced recapitalization of Europe’s bankrupt banking system is a good start. European officials’ incensed reaction – the banks are fine, they insist, and need only liquidity support – should serve to buttress the Fund’s determination to be sensible about Europe.

Until now, the Fund has sycophantically supported each new European initiative to rescue the over-indebted eurozone periphery, committing more than $100 billion to Greece, Portugal, and Ireland so far. Unfortunately, the IMF is risking not only its members’ money, but, ultimately, its own institutional credibility. END_OF_DOCUMENT_TOKEN_TO_BE_REPLACED

Editor's Note: Kenneth Rogoff is Professor of Economics and Public Policy at Harvard University. He was formerly chief economist at the IMF. He will be on CNN GPS this Sunday at 10am ET/PT. For more from Kenneth Rogoff, visit Project Syndicate and check it out on Facebook and Twitter.

Why is everyone still referring to the recent financial crisis as the “Great Recession”? The term, after all, is predicated on a dangerous misdiagnosis of the problems that confront the United States and other countries, leading to bad forecasts and bad policy.

The phrase “Great Recession” creates the impression that the economy is following the contours of a typical recession, only more severe – something like a really bad cold. That is why, throughout this downturn, forecasters and analysts who have tried to make analogies to past post-war U.S. recessions have gotten it so wrong.

Moreover, too many policymakers have relied on the belief that, at the end of the day, this is just a deep recession that can be subdued by a generous helping of conventional policy tools, whether fiscal policy or massive bailouts. END_OF_DOCUMENT_TOKEN_TO_BE_REPLACED