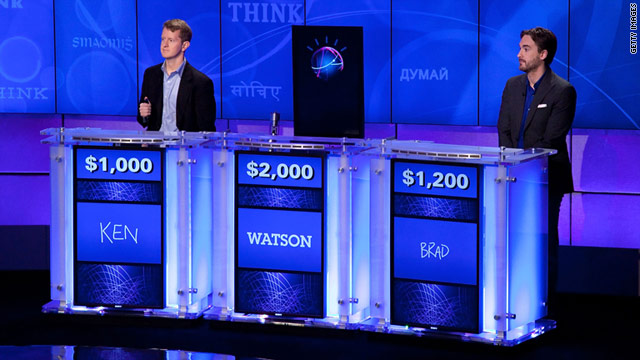 Watson, a computer, has already won the title of Jeopardy champion. How might technology beat us next? (Getty Images)
November 11th, 2011
02:26 PM ET

Editor's Note: Martin Ford is the author of  The Lights in the Tunnel: Automation, Accelerating Technology, and the Economy of the Future.  For more, visit Project Syndicate or follow it on Facebook and Twitter.

Nearly all economic forecasts agree that high unemployment in much of the developed world will most likely persist for years to come. But could even this dire projection underestimate future unemployment rates?

As improvements in computers, robotic technologies, and other forms of job automation continue to accelerate, more workers are certain to be displaced, and job creation will become even more challenging. Most economists dismiss concern that this might lead to long-term structural unemployment. Indeed, the idea often elicits outright derision. The conservative media in the United States recently mocked President Barack Obama for suggesting that automation might hurt employment growth. But Obama was right to raise the question. END_OF_DOCUMENT_TOKEN_TO_BE_REPLACED