China and the United States are in the grip of major structural changes that both dread will end the Halcyon era when China produced low-cost goods and the US bought them. In particular, many fear that if these changes lead to direct competition between the two countries, only one side can win.

That fear is understandable, but the premise is mistaken. Both sides can and should gain from forging a new relationship that reflects evolving structural realities: China’s growth and size relative to the US; rapid technological change, which automates processes and displaces jobs; and the evolution of global supply chains, driven by developing countries’ rising incomes. But first they must acknowledge that the old pattern of mutually beneficial interdependence really has run its course, and that a new model is needed. END_OF_DOCUMENT_TOKEN_TO_BE_REPLACED

I have been surprised by the recent coverage in the American press of gasoline prices and politics. Political pundits agree that presidential approval ratings are highly correlated with gas prices: when prices go up, a president’s poll ratings go down. But, in view of America’s long history of neglect of energy security and resilience, the notion that Barack Obama’s administration is responsible for rising gas prices makes little sense.

Four decades have passed since the oil-price shocks of the 1970’s. We learned a lot from that experience. The short-run impact – as always occurs when oil prices rise quickly – was to reduce growth by reducing consumption of other goods, because oil consumption does not adjust as quickly as that of other goods and services.

But, given time, people can and do respond by lowering their consumption of oil. They buy more fuel-efficient cars and appliances, insulate their homes, and sometimes even use public transportation. The longer-run impact is thus different and much less negative. The more energy-efficient one is, the lower one’s vulnerability to price volatility. END_OF_DOCUMENT_TOKEN_TO_BE_REPLACED

This is not because markets are morally superior, though they do require freedom of choice to function effectively. Markets are tools that, relative to the alternatives, happen to have great strengths with respect to incentives, efficiency, and innovation. But they are not perfect; they underperform in the presence of externalities (the un-priced consequences – for example, air pollution – of individual actions), informational gaps and asymmetries, and coordination problems when there are multiple equilibria, some superior to others. END_OF_DOCUMENT_TOKEN_TO_BE_REPLACED 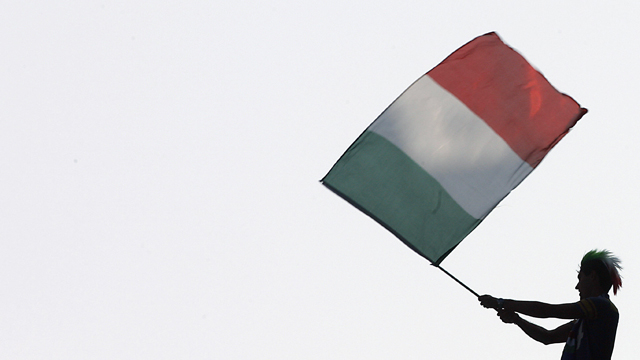 Spence: Can Italy be saved?

As the economist Mario Monti’s new government takes office in Italy, much is at stake – for the country, for Europe and for the global economy. If reforms falter, public finances collapse and anemic growth persists, Italy’s commitment to the euro will diminish as the perceived costs of membership come to outweigh the benefits. And Italy’s defection from the common currency – unlike that of smaller countries, like Greece – would threaten the eurozone to the core.

Italy is a large economy, with annual GDP of more than $2 trillion. Its public debt is 120% of GDP, or roughly $2.4 trillion, which does not include the liabilities of a pension system in need of significant adjustments to reflect an aging population and increased longevity. As a result, Italy has become the world’s third-largest sovereign-debt market. END_OF_DOCUMENT_TOKEN_TO_BE_REPLACED

Editor's Note: Michael Spence, a Nobel laureate in economics, is Professor of Economics at New York University’s Stern School of Business, Distinguished Visiting Fellow at the Council on Foreign Relations, and Senior Fellow at the Hoover Institution, Stanford University. His latest book is The Next Convergence – The Future of Economic Growth in a Multispeed World. For more, visit Project Syndicate or follow it on Facebook and Twitter.

Over the past three decades, hundreds of millions of new workers have entered the global economy. They arrived with various levels of education and skill, and over time have generally gained in terms of “human capital” – and in terms of value added and income. This has brought a tremendous, and ongoing, growth in income levels, opportunities, and the size of the global economy. But these new workers have also brought more employment competition and significant shifts in relative wages and prices, which is having profound distributional effects. END_OF_DOCUMENT_TOKEN_TO_BE_REPLACED

Editor's Note: Michael Spence, a Nobel laureate in economics, is Professor of Economics at New York University’s Stern School of Business, Distinguished Visiting Fellow at the Council on Foreign Relations, and Senior Fellow at the Hoover Institution, Stanford University. His latest book is The Next Convergence – The Future of Economic Growth in a Multispeed World. For more, visit Project Syndicate or follow it on Facebook and Twitter.

As the American economy continues to sputter three years after the global financial crisis erupted, one thing has become clear: the United States cannot generate higher rates of growth in GDP and employment without a change in the mix of the economy’s domestic and export-oriented components. Above all, this will require structural change and greater competitiveness in an expanded tradable sector.

For more than a decade prior to the crisis that began in 2008, the US economy fueled itself (and much of the global economy) with excessive consumption. Savings in the household sector declined and leveled off at about zero, as low interest rates led to over-leveraging, an asset bubble, and an illusory increase in wealth.

Government, too, dissaved by running deficits. Overall, the U.S. economy expended more than it generated in income, running a trade (more precisely a current-account) deficit, and borrowed the difference from abroad. Both household and government spending patterns in relation to income were unsustainable.