The Syrian business community went to bed Thursday night provoked and boiling with rage. Unlike previous weekends, their troubles this time were not because of street demonstrations that have broken out around the country every Friday since mid-March, which have hit their businesses badly and crippled entire sectors like banking and tourism.

Rather, they were furious because of a controversial ban issued Thursday evening by the Ministry of Economy, banning importation of foreign consumer goods. In simple English, this means businessmen can no longer import cars, electronics, air conditioners, TVs, make-up items, spare parts for automobiles, clothes, foodstuff and anything classified as “luxury items.” END_OF_DOCUMENT_TOKEN_TO_BE_REPLACED

By Sami Moubayed - Special to CNN

Over the last decade, there have been three stages to Arab views of America.

Stage 1: Sympathy for the American people

Right after 9-11, the Arab street was divided. Some were gloating that the Americans were now getting a dose of their own medicine, given that 9/11 looked like something that would have happened in Ramallah or Beirut, but not New York City. The majority, however, were horrified by the tragic loss of life, and the atrocity of the terrorist attack. It was sheer madness and brutal, and it contradicted everything that Islam stood for. Those who committed the 9/11 attacks had hijacked Islam, after all, and Osama Bin baden, who claimed to be a Muslim freedom fighter, had actually done Islam the greatest disservice in 1,400 years. 9-11 created sympathy for the American people, but not sympathy for the American government, which at the time was headed by none other than George W. Bush. END_OF_DOCUMENT_TOKEN_TO_BE_REPLACED

Editor's Note: Sami Moubayed is a university professor, political analyst and Editor-in-Chief of Forward Magazine in Syria. This article appeared in Asia Times on August 25, 2011 entitled, From Arab Hero to Zero.

I never got the chance to meet Moammar Gadhafi in person, although I applied for an interview in 2009 when invited to Tripoli to attend the 40th anniversary of the September coup that had catapulted him to power. Gadhafi did not commit to a time schedule, and I ended up not going. I was later told that the colonel had presented all media guests with a golden Rolex embedded with his photograph.

A friend chuckled, "It wasn't a bribe for us to write something good about the man. Rather, it was a bribe for us to say nothing bad about him! Keeping quiet is one thing, but saying good things about Gadhafi is a completely different story." I ended up with no interview, no expensive watch and by all means, nothing good to say about Gadhafi. END_OF_DOCUMENT_TOKEN_TO_BE_REPLACED

Syria looks over its shoulder

Editor's Note: Sami Moubayed is a university professor, historian, and editor-in-chief of Forward Magazine in Syria. This article appeared in Asia Times on August 22, 2011 entitled, Syria Looks Over its Shoulder.

The dramatic developments in Libya have raised eyebrows throughout the Arab world and within the international community. In the early hours of August 21, Libyan rebels finally entered the capital, Tripoli, with the aim of arresting – or killing – Libyan leader Moammar Gadhafi. Common sense dictates that Gaddafi's days are numbered; he will be gone, one way or another, within days.

Gadhafi has lasted five months of North Atlantic Treaty Organization (NATO) strikes. Had he not shot at his own people when young Libyans rebelled on February 17, then perhaps his fortunes would have played out better. He might have been allowed a dignified exit, for example, and offered an exile in Italy. He is now either going to be dragged in chains to the International Criminal Court or might commit suicide before angry Libyans get hold of him and tear him apart.

END_OF_DOCUMENT_TOKEN_TO_BE_REPLACED 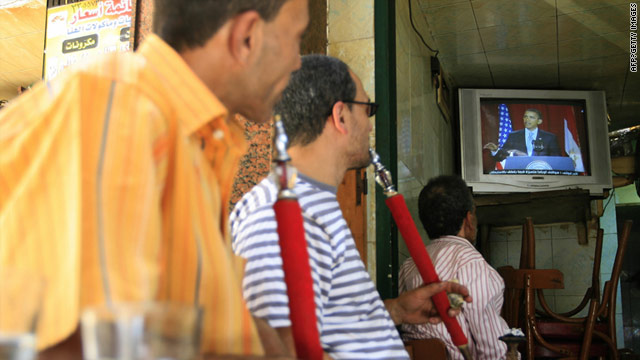 What Arabs expect of Obama

In his speech to Arabs and Muslims on Thursday, President Obama needs to repeat what he said in Cairo in 2009 - only this time, he needs to follow words with actions.

Palestinians need land, dignity, justice and a state.  Thankfully, now is the time for this and for Middle East peace. Let me explain.

END_OF_DOCUMENT_TOKEN_TO_BE_REPLACED 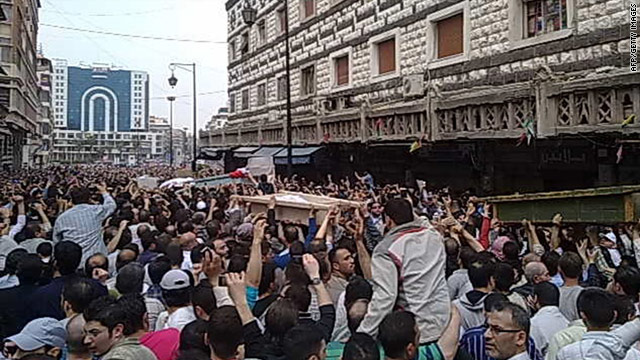 Syria's reforms: Authentic or not?

Syria has finally lifted the state of emergency, which has been in place since the Baath Party came to power in March 1963.

For years, many activists, politicians and ordinary citizens have called for this move, which effectively ends arbitrary arrests in Syria. From now on, at least in theory, security officials cannot arrest or interrogate anybody without a court warrant.

The decision to remove the state of emergency was made during the first meeting of the cabinet of Syria’s new Prime Minister Adel Safar on Tuesday, April 19.