Editor's Note: Shashank Joshi is a doctoral student at Harvard University and an Associate Fellow at the Royal United Services Institute. A version of this article was originally published in The Telegraph.

Last week, President Obama a quite remarkable pledge: that the United States would go to war if Iran obtained a nuclear weapon. Only one country - Israel - has ever waged war for this purpose alone, setting aside the idiosyncratic case of the United States nine years ago in Iraq.

Washington considered such preventive action against the nuclear programs of Germany in the 1940s, China in the 1960s and North Korea in the 1990s. The Soviets thought about attacking the programs of Israel in the 1960s and South Africa in the 1970s. India toyed with a strike on Pakistan in the 1980s. None of these countries ever quite stomached it. Now, America has issued a loud, historic, and nearly unambiguous commitment to do so - one that it may come to regret.

END_OF_DOCUMENT_TOKEN_TO_BE_REPLACED

By Shashank Joshi and Jason Pack - Special to CNN

It used to be said that 'when America sneezes, the world catches a cold'. In the new multipolar world, a new aphorism may be in order. For 2012, we propose: 'when Qatar whispers, the tyrants whimper'.

It is difficult to overestimate the decisive role of Qatar in the Arab Spring revolutions. The Qatari-owned television station Al-Jazeera was instrumental in bringing protesters to the streets, and in broadcasting the images to the world. In Libya, Qatari special forces armed and trained the most proficient rebel militias, and Qatari intelligence assets cued NATO missiles.

Qatar has what Western powers lack in the Arab World: near-limitless reserves of disposable cash, a media network respected by Arab publics, and the ability to intervene with special forces and military trainers without risking tremendous blowback at home or in the court of international public opinion. Following their successes in Libya and buttressed by their expanding regional connections with ascendant Islamist movements and the new regional juggernaut Turkey, the Qataris have emerged as the quiet kingmakers. Alone, they cannot make things happen - but they can forge diplomatic coalitions, shape the popular narrative, and lend their unique skills to targeted interventions. END_OF_DOCUMENT_TOKEN_TO_BE_REPLACED

The root cause of Egypt’s violence is praetorian overreach. The Egyptian army, buoyed by its apparent role as savior of the revolution, judged that it could manipulate the democratic transition to keep its privileges intact. It was wrong.

Overt the last ten months, Egypt's ruling body, the Supreme Council of the Armed Forces (SCAF), has re-imposed martial law, engaged in arbitrary detention and torture, and sharply curtailed rights of assembly and freedom of expression.

In November, these counter-revolutionary moves reached fever pitch. Deputy Prime Minister Dr. Ali al-Silmi, most likely with the approval of the high command, released a set of 'supra-constitutional principles' that would have imposed tight limits on the scope of Egypt's new constitution.

Those principles accorded the military the status of 'protector of constitutional legitimacy', which was – quite reasonably – interpreted as a 'right to launch coups'. SCAF was to be given the exclusive right to scrutinize its budget, the right to manage 'all the affairs of the armed forces' without accountability to elected legislators, and a veto over any laws relating to the army.

In short, SCAF, led by the increasingly mistrusted Field Marshal Tantawi, wishes to create a political model resembling the Turkey of the 1980s or Pakistan of today – an eviscerated democracy with no control over its national security policy, weighed down by a bloated and self-serving military-industrial apparatus. END_OF_DOCUMENT_TOKEN_TO_BE_REPLACED 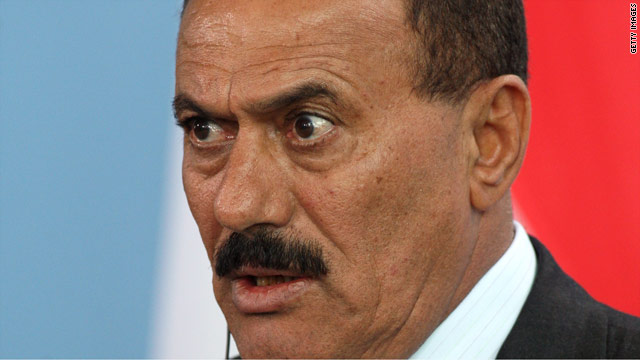 If you watch one of Anwar al-Awlaki’s hundreds of YouTube videos, the first thing that strikes you is the American accent in which he delivers his exhortations to jihad, a residue of his childhood in New Mexico and education at Colorado State. But it’s misleading. Awlaki spent his teens, and his final and most influential years, in Yemen. And that’s where the aftershocks will be felt most strongly, just one week after President Ali Abdullah Saleh returned from medical treatment in Saudi Arabia. In life, as it may prove in death, Awlaki was probably more important to the Saleh’s political life than he was to the global jihadi movement. END_OF_DOCUMENT_TOKEN_TO_BE_REPLACED

Warning: Syria is much stronger than Libya

In Syria, the Assad dynasty is teetering. Protests have breached the two largest cities, around 2,200 citizens have been killed, and oil and gas sanctions will soon cripple the public purse. Civil war isn’t guaranteed – there’s a slim chance that loyalists dump President Assad and cede a little power to widen their base – but, as Hussein Ibish writes in The Atlantic, ‘with the Libya model presenting itself … as an alternative stratagem, the drift towards conflict is starting to feel palpable’.

So palpable, in fact, that some – like Michael O’Hanlon on this site – have begun surveying the West’s military options. That is why it is important to be clear about why Syria differs from Libya in important ways. END_OF_DOCUMENT_TOKEN_TO_BE_REPLACED

There is some way to go in Libya – but Tripoli has all but fallen, and only a few major centers of resistance remain standing. Why did the Libyan war get here, rather than withering into just one more of the abortive coups and rebellions that have flecked Colonel Gadhafi’s forty-two years in power? After all, the same British special forces now hunting the deposed leader were, scarcely a few years ago, training his elite troops. In 2008 and 2009, the U.S. government authorized $71 million in arms sales to Libya.

In understanding how the fall of Tripoli will create its own ripples, we have to understand why Libya was affected in the first place. Longstanding political economy grievances were certainly present, but these had not suddenly worsened. And despite widespread accounts of the Twitter revolution, the answer is not social media. Only 5.5 percent of Libya enjoys Internet access and a pitiful 0.96 percent is on Twitter. END_OF_DOCUMENT_TOKEN_TO_BE_REPLACED