Cook: The struggle for Egypt continues

Editor's Note: Steven A. Cook is the Hasib J. Sabbagh Senior Fellow for Middle Eastern Studies at the Council on Foreign Relations. The following is an excerpt from his new book, The Struggle for Egypt: From Nasser to Tahrir Square.

By Steven A. Cook - Special to CNN

Hassan was giddy, a word not often used to describe him. Not only was he relieved that Egypt’s long nightmare had finally come to an end and the prospects of freedom were seemingly better than at any moment in the previous six decades, but Hassan must also have felt vindicated (though he is too polite to boast about it).

He was not among the organizers of the protests and his activism had not been as high profile as many others, but Hassan had worked tirelessly to raise awareness among his network of Egyptian and foreign contacts of the perfidy of the Mubarak regime. He was also entirely correct on another level, having little patience for the claim that Egypt’s political system was stable and thus durable. Hassan argued quite the opposite; that it was a house of cards built only on a foundation of fear, which was meaningless once Egyptians could no longer be intimidated. He could not predict when that would happen, but he believed it was inevitable. END_OF_DOCUMENT_TOKEN_TO_BE_REPLACED

By Steven A. Cook, CFR.org

The current round of protests in Egypt - the most sustained since July and the largest since Hosni Mubarak's fall last February - have occurred in response to the military's efforts to institutionalize a role for itself in the political system after the hand-over to civilian rule.

Yet Egyptians are not just protesting against the authority of the Supreme Council of the Armed Forces (SCAF) that came to power after Mubarak's fall, but rather the legitimacy of the military's domination of politics since 1952. That is why Tahrir activists refer to what is happening as the continuation of the revolution that began with the January uprising.

The SCAF's response to the mass demonstrations risks provoking further dangerous divisions in society, throwing the elections for the People's Assembly slated for November 28 into doubt. END_OF_DOCUMENT_TOKEN_TO_BE_REPLACED

Editor's Note: Steven A. Cook is the Hasib J. Sabbagh Senior Fellow for Middle Eastern Studies at the Council on Foreign Relations. He is the author of The Struggle for Egypt: From Nasser to Tahrir Square.

By Steven A. Cook, Foreign Affairs

As Cairo's citizens drove along the Autostrad this week, they were greeted with four enormous billboards featuring pictures of Turkish Prime Minister Recep Tayyip Erdogan. With Turkish and Egyptian flags, the signs bore the message, "With United Hands for the Future." Erdogan's visit marks a bold development in Turkey's leadership in the region. The hero's welcome he received at the airport reinforced the popular perception: Turkey is a positive force, uniquely positioned to guide the Middle East's ongoing transformation.

By many measures, Erdogan's Turkey appears to have much to offer Egypt (and Tunisia and Libya, which he visited later in the week). His Justice and Development Party (AKP) is deeply attractive to both Islamist and liberal Arabs. For Islamists, it provides a lesson on how to overcome barriers to political participation and remake a once-hostile public arena. For liberals, it demonstrates that even a party of religion can embrace and advance liberal principles. The AKP thus resolves one of the Muslim world's central political problems: Citizens are too often forced to choose between the authoritarianism of prevailing regimes and the potential theocracy of Islamists that might replace them. END_OF_DOCUMENT_TOKEN_TO_BE_REPLACED

The end of Turkey-Israel relations

Editor's Note: Steven A. Cook is the Hasib J. Sabbagh Senior Fellow for Middle Eastern Studies at the Council on Foreign Relations. He is the author of The Struggle for Egypt: From Nasser to Tahrir Square, to be published this fall.

By Steven A. Cook, CFR.org

Last Friday, the Turkish foreign minister, Ahmet Davutoglu, announced what had long been coming - the end of Turkey-Israel relations.  Although it is not a total breach, Israel’s ambassador in Ankara is no longer welcome there and the Israel Defense Forces (IDF) mission in Turkey was terminated.  All official business will now be conducted at the level of second secretary, which in the military is equivalent to a major or Lieutenant Colonel.  The foreign minister also warned that the Turkish Navy would defend the freedom of navigation in the international waters in the Eastern Mediterranean, conjuring images of a naval confrontation between the Israelis and the Turks.

As Davutoglu explained to the gathered press, Israel had not met Turkey’s demands for an apology from Jerusalem for the notorious Mavi Marmara incident of May 2010.  The Turks had also demanded compensation for the killed and injured as well as a lifting of the blockade on the Gaza Strip.  Needless to say, after 15 months of on-again, off-again negotiations, the Turks and Israelis could not come to a mutually acceptable formula for averting the collapse of their bilateral relations. END_OF_DOCUMENT_TOKEN_TO_BE_REPLACED

Istanbul on the Nile

Editor's Note: Steven A. Cook is the Hasib J. Sabbagh Senior Fellow for Middle Eastern Studies at the Council on Foreign Relations. He is the author of The Struggle for Egypt: From Nasser to Tahrir Square, to be published this fall.

By Steven A. Cook, Foreign Affairs

In the weeks and months since Egypt’s military officers forced then President Hosni Mubarak from power and assumed executive authority, the country’s military rulers have shown an interest in applying what many have taken to calling the “Turkish model.” Spokesmen for the Supreme Council of the Armed Forces (SCAF), along with some civilian politicians, have floated the idea of replicating in Egypt today aspects of a bygone era in Turkish politics.

Despite some similarities between the Egyptian and Turkish armed forces, Egypt’s officers would be ill advised to try to emulate their counterparts in Turkey. Not only would they be bound to fail but, in the process, would make the struggle to build the new Egypt far more complex and uncertain. END_OF_DOCUMENT_TOKEN_TO_BE_REPLACED 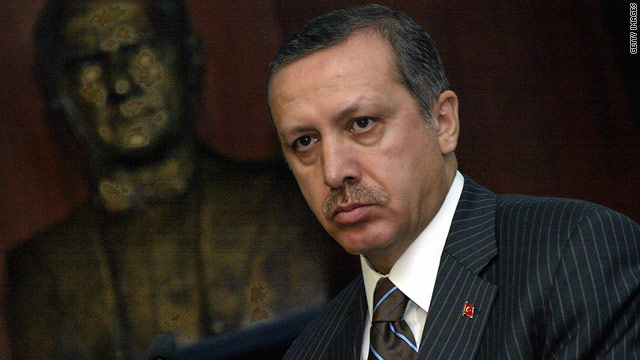 Editor's Note: Steven A. Cook is the Hasib J. Sabbagh Senior Fellow for Middle Eastern Studies at the Council on Foreign Relations, where he writes the blog From the Potomac to the Euphrates. This is his Expert Brief. He is the author of The Struggle for Egypt: From Nasser to Tahrir Square (Oxford University Press, Fall 2011).

Turks are in the final stage of a national election campaign, and the outcome on Sunday June 12 does not seem in doubt. Polls over the last six months show that for all the enthusiasm over the new leader of the opposition Republican People's Party, Kemal Kilicdaroglu, Prime Minister Recep Tayyip Erdogan's Justice and Development Party (AKP) remains overwhelmingly popular.

If AKP prevails as expected and wins another majority in the Grand National Assembly, Justice and Development will have dominated Turkish politics longer than any other party since the multi-party era began in 1946.

This is a stunning irony for a party with Islamist patrimony in an officially laik–generally translated as secular–system, but AKP's success is indicative of how much Turkey has changed over the course of the party's tenure in power.

END_OF_DOCUMENT_TOKEN_TO_BE_REPLACED 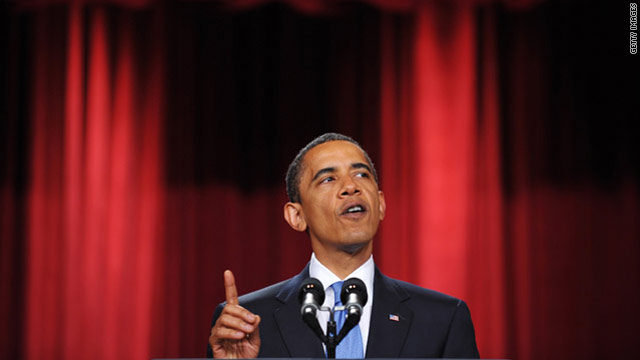 US President Barack Obama delivers his much-anticipated message to the Muslim world from the auditorium in the Cairo University campus in Cairo during a one-day visit to Egypt on June 04, 2009.
May 18th, 2011
04:13 PM ET

Editor's Note: Steven A. Cook is the Hasib J. Sabbagh Senior Fellow for Middle Eastern Studies at the Council on Foreign Relations, where he writes the blog From the Potomac to the Euphrates. He is the author of The Struggle for Egypt: From Nasser to Tahrir Square (Oxford University Press, Fall 2011).

It has been five months since Tunisians took to the streets to demand that their dictator of 27 years, Zine el Abidine Ben Ali, cede power. Since that time, Egypt’s Hosni Mubarak — a strategic ally of Washington — has fallen; Yemen’s leader, Ali Abdullah Saleh, is at risk of succumbing to popular protests for change; the Bashar al-Assad regime in Syria is engaged in widespread violence to stave off collapse; Bahrain’s ruling family, with the help of Saudi Arabia, has successfully squelched protests demanding a constitutional democracy; and of course, U.S. forces are helping to implement a no-fly zone over Libya — the unstated goal of which is to achieve the end of Moammar Gadhafi's regime.

President Obama will wade into this maelstrom with a major speech at the State Department on Thursday morning outlining how his administration views these developments and how it will approach a radically changed Middle East. END_OF_DOCUMENT_TOKEN_TO_BE_REPLACED