As a raucous mob of protestors on Friday stormed past passive Egyptian policemen, breaching the wall around Israel's Cairo embassy and sacking the unsecured parts of the building, Israel turned for help to the Obama Administration. Looking to the U.S. to shield it from international opprobrium has become a familiar pattern for Israel in recent years, but the result was telling: President Obama got on the phone with the Egyptians and ensured a restoration of order that allowed the safe and orderly evacuation of the Israeli embassy.

But nobody expects the ambassador, who flew home late Friday on an emergency flight, to return to Cairo any time soon. The best Washington was able to was to ameliorate the damage - just as it had tried (but failed) to do amid mounting tensions between Israel and Turkey that led Ankara to expel Israel's ambassador last week. And, of course, the U.S. has also failed to bully or bribe the Palestinians into stopping their bid for recognition of statehood at the U.N. later this month in what would be an international vote of no-confidence in the U.S.-led peace process. END_OF_DOCUMENT_TOKEN_TO_BE_REPLACED 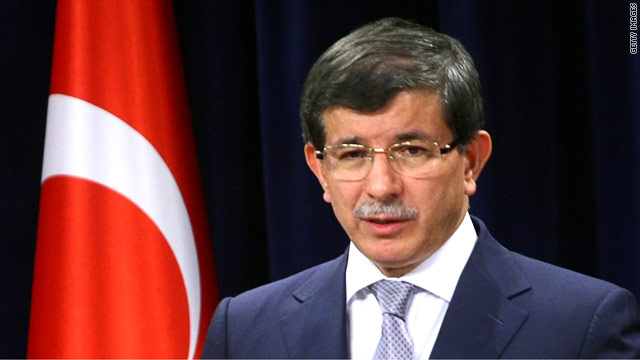 Why Turkey holds the key to Syria

As the Assad regime on Sunday escalated its brutal crackdown by sending gunboats to shell the coastal city of Latakia, yet the rebellion shows no sign of abating despite at least 1,700 deaths so far, Syria's fate may come to rest less in the hands of its own people, than in the corridors of power in neighboring and more distant capitals.

If all politics is local, all geopolitics is inevitably regional, civil conflicts often echoing conflicts among a country's neighbors and requiring that those conflicts be addressed. The U.S. won't leave behind a modicum of stability in Afghanistan unless India, Pakistan, Iran and Russia can  agree on rules for managing Afghan conflicts; failing that, those countries will pursue their interests through local proxies in a civil war - as some of them are already doing. END_OF_DOCUMENT_TOKEN_TO_BE_REPLACED

To reduce the riots that have shaken Britain this week to nothing more than criminal wickedness, as Prime Minister David Cameron and his cohort tend to do, is a dangerous exercise in denial. And it barely survives the most cursory scrutiny: Tens of thousands of people don't suddenly take to the streets to manifest wickedness as if in response to the appearance of Lord Voldemort's Deatheater sigil on their Blackberries, without any context; criminality - which the actions of the rioters certainly are, with no mitigating features or excuses - on the massive scale seen in London this week is indicative of a social crisis. And to dismiss as apologists for thuggery  those who seek explanations in the state of society for a mass outbreak of criminality is a self-serving, self-deluding evasion by those in power.

When so many young people have been so willing to break the laws that maintain order and protect property rights, it doesn't require a Marcellus to point out that there's something rotten in the state of Britain.

END_OF_DOCUMENT_TOKEN_TO_BE_REPLACED 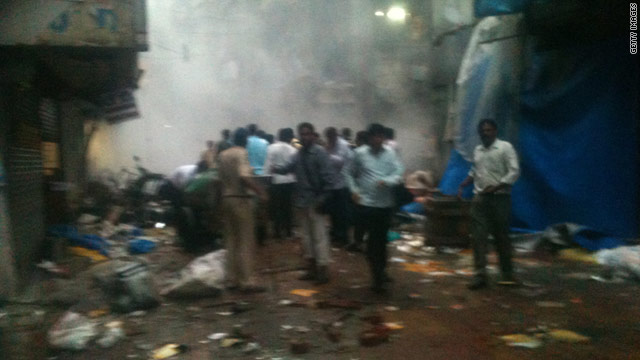 There's no reason yet to believe the latest Mumbai terror attacks bear the same signature as the 2008 massacre that left 164 people dead. Wednesday's multiple explosions appear from early reports to have involved small-scale and relatively crude bombs, even though they appear to have inflicted substantial casualties.

That might point to some local perpetrator, although terror attacks in India almost inevitably raise suspicions of involvement by a Pakistani hand. And, of course, in the case of the Mumbai Massacre, the perpetrators turned out to have been the Pakistani outfit Lashkar e-Taiba (LeT), which was believed by U.S. intelligence to have longstanding links with Pakistan's Inter-Services Intelligence (ISI).

There's no evidence thus far pointing the finger at any Pakistan-based group - and any such suspicions, as raised by India's Home Ministry in the wake of the bombings, may well prove unfounded. But the political impact of such a strike, were Pakistan to become the focus of suspicion, would play dangerously into the increasingly precarious U.S.-Pakistan relationship. END_OF_DOCUMENT_TOKEN_TO_BE_REPLACED 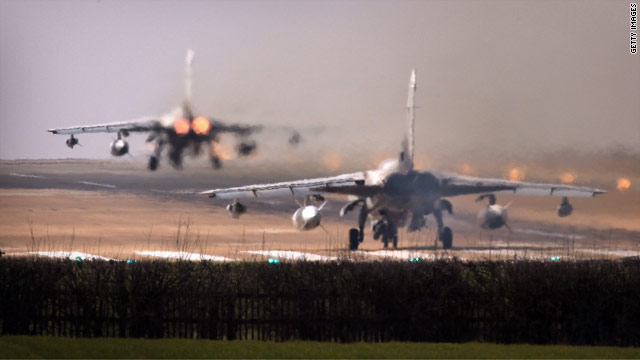 That which has been obvious for some time now is finally being officially acknowledged: Libya's power struggle is stalemated, and is likely to remain that way on the basis of the current level of NATO commitment. That was the grim assessment in congressional testimony Thursday by General Carter Ham, the U.S. commander who led the initial phases of the operation....

Ham's testimony made clear that if they wanted to topple Gadhafi's regime - a stated objective of the key players in the military campaign, Britain, France and the U.S. even if not necessarily through the military campaign -  NATO powers, first and foremost the United States, would have to invest more military resources than they are currently doing.

Ham acknowledged that it would probably require the insertion of foreign ground forces to decisively turn the tide right now - the rebels have proven no match for Gadhafi's forces, who have them largely pegged back in their eastern strongholds. He said the U.S. would have to consider whether to send in troops.

But escalating Western direct involvement in Libya remains unlikely, at best, for a number of reasons:

END_OF_DOCUMENT_TOKEN_TO_BE_REPLACED

Judge Richard Goldstone's Sunday op ed in the Washington Post reconsidering the allegation in his 2009 UN report that Israel had deliberately targeted Palestinian civilians in its 2008/9 Gaza war was greeted with premature euphoria in Israeli circles. Goldstone himself made clear, Wednesday, that he has no intention of withdrawing any part of his report, but had simply sought to correct its claim that the civilian casualties caused by Israel's Operation Cast Lead had been the result of an intentional policy to target non-combatants.

"As appears from the Washington Post article, information subsequent to publication of the report did meet with the view that one correction should be made with regard to intentionality on the part of Israel," the South African jurist told the AP. "Further information as a result of domestic investigations could lead to further reconsideration, but as presently advised I have no reason to believe any part of the report needs to be reconsidered at this time."

END_OF_DOCUMENT_TOKEN_TO_BE_REPLACED

The question is not whether Libya's rebels will capture Colonel Gadhafi birthplace of Sirte, or storm his citadel in Tripoli; it's whether NATO will hand them those prizes by escalating its air war with the aim of destroying Gadhafi's regime.

Coalition air strikes have broken the grip of Gadhafi's forces on the cities of eastern Libya that they had recaptured over the past two weeks, and NATO air power now effectively precludes the regime using its heavy weaponry to hold territories many miles from its own strongholds.

But the equation could be different in Sirte and more so in Tripoli, where Gadhafi maintains a measure of popular support and his forces - along with his armed supporters from within the civilian population - would be defending the city from a rebel offensive.

END_OF_DOCUMENT_TOKEN_TO_BE_REPLACED

The Libya Dilemma: Should the Coalition Provide Air Support for a Rebel Offensive?

It appears unlikely, right now, that the rebels can prevail in offensive operations without considerable foreign air support. And Western powers appear reluctant to intervene to enable a decisive military victory by a rebel force about whose nature and intentions they know precious little. If the regime were, in fact, to suddenly lose control of the capital, the fact that so many people have been armed and with so little discipline or organizational structure threatens to create the sort of chaos that would require the insertion of peacekeeping forces - a potentially perilous mission that none of the Western powers is willing to contemplate.

President Obama insists that the burden of responsibility for and leadership of the mission must be shared between the U.S. and its allies. First, however, they may need to agree on a coherent strategy beyond simply stopping Gaddafi from butchering civilians.

Couch Potato Briefing: Rental movies to bring you up to speed on this week's events

Every week, Time.com brings us several movies that give you a better sense of the week's news. This week's "Couch Potato Briefing" captures these dark and gloomy days.

END_OF_DOCUMENT_TOKEN_TO_BE_REPLACED

Don't bet on a brief or limited war in Libya

Even if no American ground forces are committed to Libya, it's increasingly unlikely that the conflict will end without some foreign boots on the ground.

The Libyan state has essentially collapsed into two rival administrations, each having armed many thousands of their supporters. Even in the best-case outcome, foreign troops will likely be needed on the ground to enforce and maintain the peace until a new Libyan state can be created.

That's not a job the U.S. or any other Western country would want, and most Arab countries may have more pressing concerns on their minds. (Keep an eye on Turkey to become the key player in the coming days and weeks.)